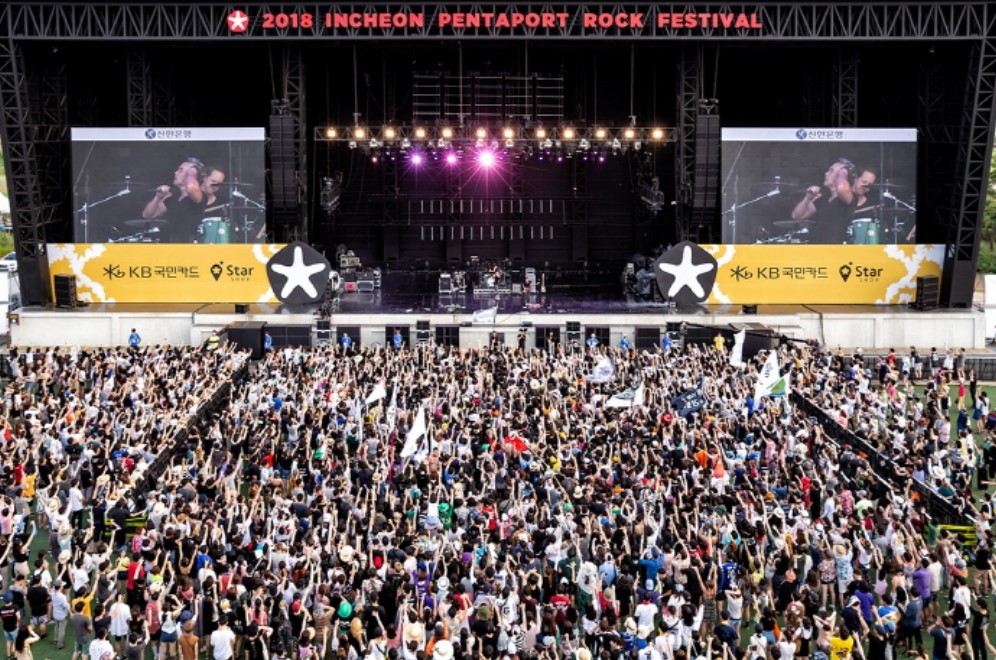 The rock festival will be held from Aug. 5 to 7, with performances from some 50 musicians and collectives from home and abroad at Songdo Moonlight Festival Park in Incheon.

While the music festival mainly covers rock and electronic music, musicians who perform other genres such as alternative pop bands, indie bands and K-pop groups will also participate in the iconic rock festival.

Launched in 2006, the annual rock festival organized by Incheon Metropolitan City has grown into one of the largest music festivals in the country. Held every August, the music festival went online for the first time in 2020 due to the pandemic, attracting around 780,000 viewers at the time.

The festival has been a launching pad for rookie rock musicians, offering them an opportunity to perform at the festival’s stage, “Penta Super Rookies.” Festivalgoers can also enjoy rock music at clubs in Incheon, which will be held as part of “Pentaport Live CLUB Party.”

The line-up of artists for the 2022 edition will be announced starting this month. For more information, check the festival’s official website at pentaport.co.kr.