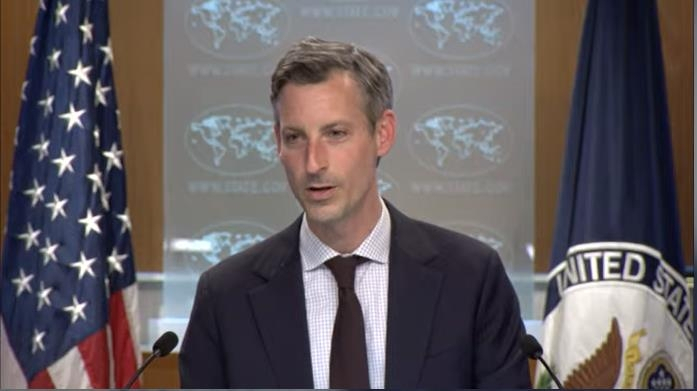 The remarks come after North Korea launched a ballistic missile on Wednesday (Seoul time), marking its 14th known show of force this year.

"Every country has the inherent right to self-defense," Ned Price said when asked if the US might consider deploying additional THAAD units to South Korea if requested by Seoul's new Yoon Suk-yeol administration.

"As I said before, our commitment to the defense of our treaty allies, the ROK in this case, is ironclad. These will be discussions that we will have as allies regarding how best we can see to it that our commitment to the defense of the ROK remains ironclad," the spokesperson added, referring to South Korea by its official name, the Republic of Korea.

Seoul currently hosts a US THAAD unit, but the 2016 decision to host the unit received severe economic repercussions from China.

Yoon is set to take office on Tuesday.

The state department spokesperson argued China too has recognized the danger of North Korea's missile launches, adding, "each of these provocations has been a violation of multiple UN Security Council resolutions."

"The PRC, of course, is a permanent member of the UN Security Council," he said, referring to China by its official name, the People's Republic of China.