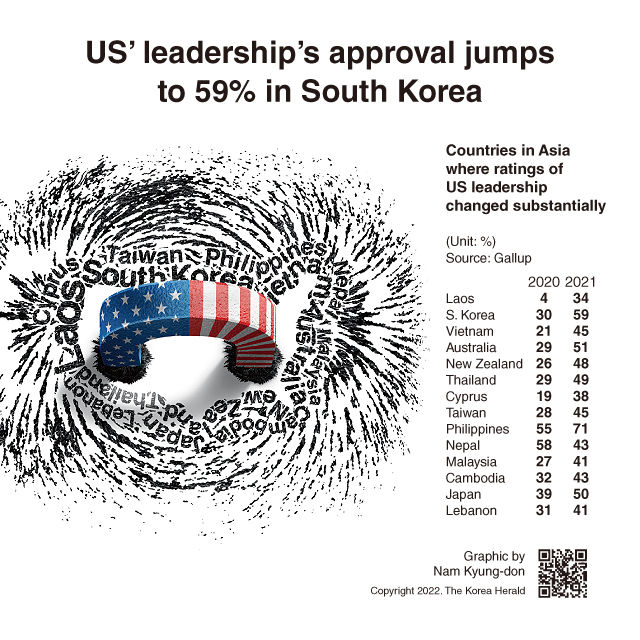 The United States’ approval rating in South Korea jumped at one of the steepest rates among Asian countries in 2021, a poll showed.

The approval rating of US leadership in South Korea climbed to 59 percent last year from 30 percent a year earlier, according to Gallup.

The increase marks the second highest among 33 Asian countries where the poll was conducted between April 2021 and January 2022.

The median approval of US leadership in Asia was 41 percent.