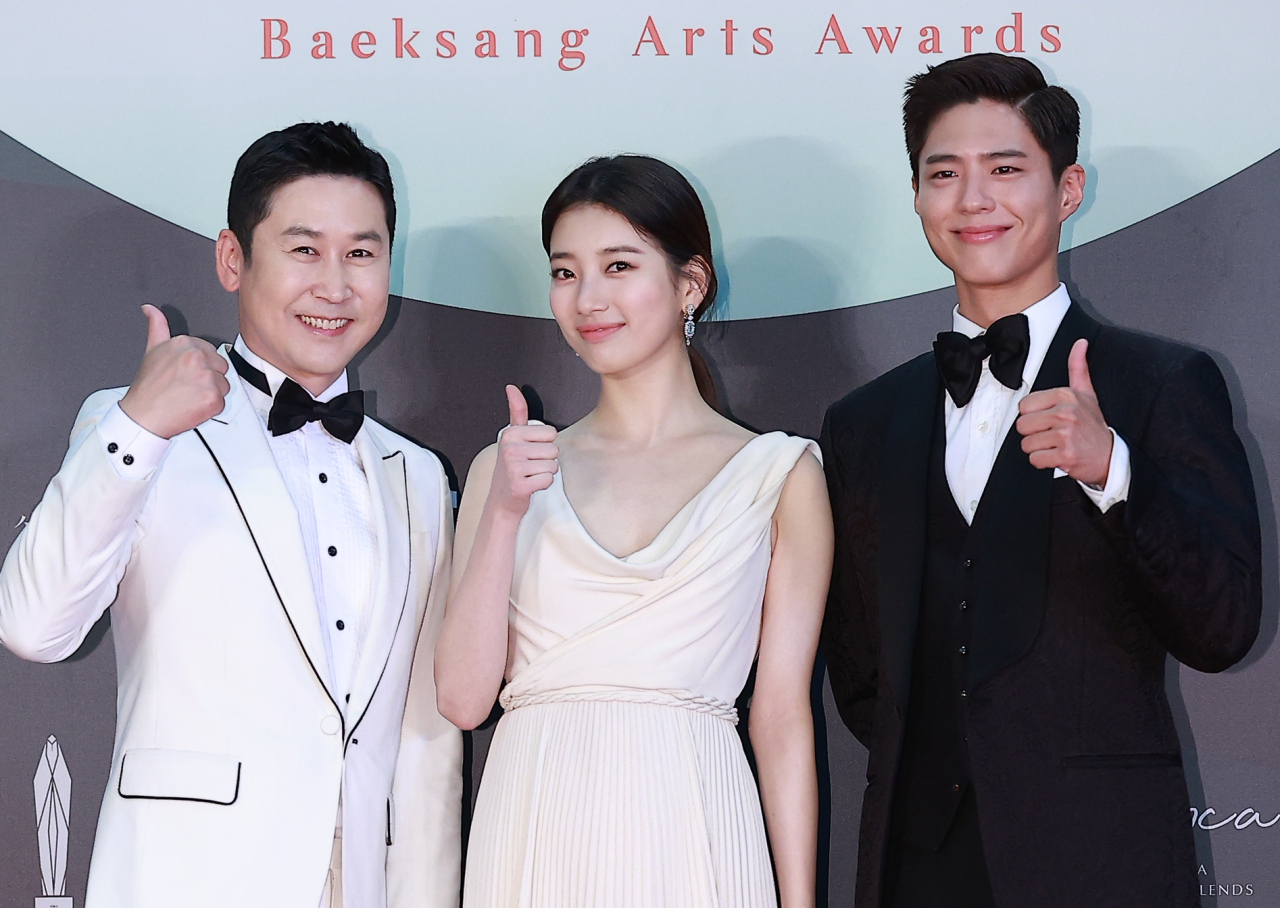 The 28-year-old will host the show with singer-actor Suzy and comedian-television host Shin Dong-yup, reuniting the team from two years ago. Before enlisting in the military, the actor promised to return to Baeksang Awards as a host.

The trio hosted the annual award ceremony for three years in a row until 2020.

Park, who joined the Navy in August 2020, completed his duties and was discharged Saturday. All able-bodied South Korean men are required to serve in the Armed Forces for a period of about two years.

Alongside Park, Shin will host the annual awards show for the fifth consecutive year, while this will be Suzy’s seventh year presenting the show.

The Baeksang Arts Awards ceremony has been held annually since 1965 to recognize outstanding achievements in Korean film, television, theater and other segments of the entertainment industry between April 12 last year and March 31 this year.

This year’s event is set to take place at the Kintex exhibition hall in Goyang, northwest Gyeonggi Province, Friday at 7:45 p.m. The award ceremony will be broadcast live on JTBC, JTBC2, JTBC4 and Tiktok.