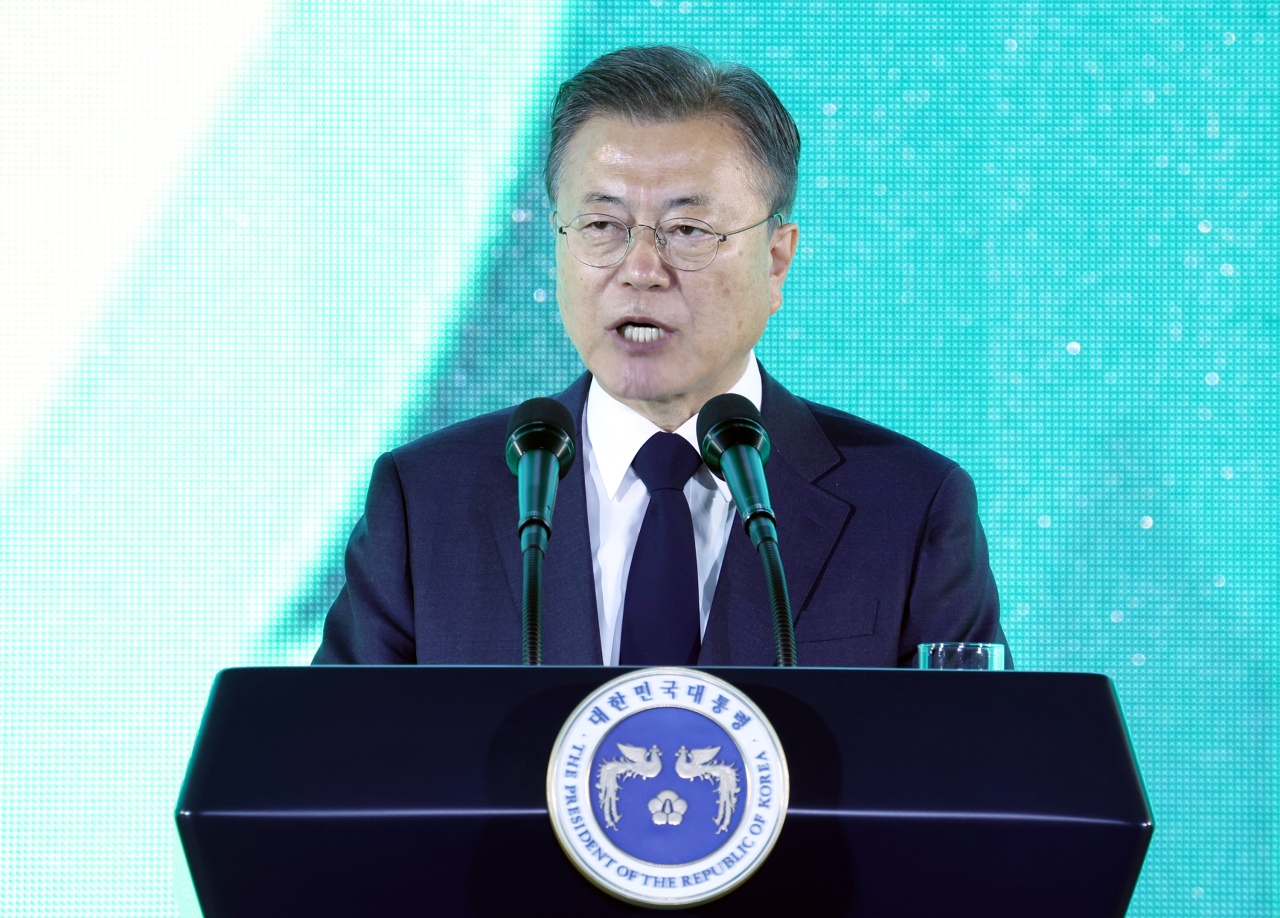 He suggested three ways in which Korea would contribute to the international community.

“First, we will actively participate in the international community’s efforts to restore tropical and subtropical forests and prevent degradation, and expand our financial contributions,” Moon said in a written message.

Moon said various entities, including the government, international organizations and companies, are making efforts to restore forests, but they “must collect scattered resources together” to exert greater effects. He promised that the “government’s contribution can take precedence” and expand to the private sector.

“South Korea plans to more than double the size of the official development assistance by 2030 to help developing countries achieve sustainable development,” he said. He pledged to expand the nation’s financial contribution for restoring tropical forests in Korea, which is currently $12 million annually, to the level of $20 million.

“Second, just as Korea achieved forest recovery with international support, we will promote customized ODA that considers the environment and residents in areas that need help, such as desertified areas and destroyed tropical forests,” he said.

The Vietnam mangrove forest restoration project promoted by Korea as an international forestry cooperation project was recently introduced as an example of innovation in the public sector.

Moon believes the inter-disciplinary convergence projects to create mangrove forests and spread eco-friendly tidal flat bio-culture technology to the mangrove forests has provided a direction for ODA to move in.

“We will develop and distribute various business models such as planting income crops, agroforestry, and eco-tourism so that residents who depend on land productivity can directly participate in forest protection and generate income,” he said.

He said efforts to protect existing forest resources are as important as creating new forests.

“Korea plans to expand REDD+, an activity that reduces greenhouse gas emissions by preventing deforestation in developing countries,” Moon said. “The REDD+ project, which is currently at the level of pilot projects, will be expanded to semi-national level to contribute to the preservation of tropical forests and improvement of resident’s quality of life.”

He also pledged to provide a platform to share information and technologies so that companies and institutions interested in overseas greenhouse gas reduction projects through the REDD+ project can participate.