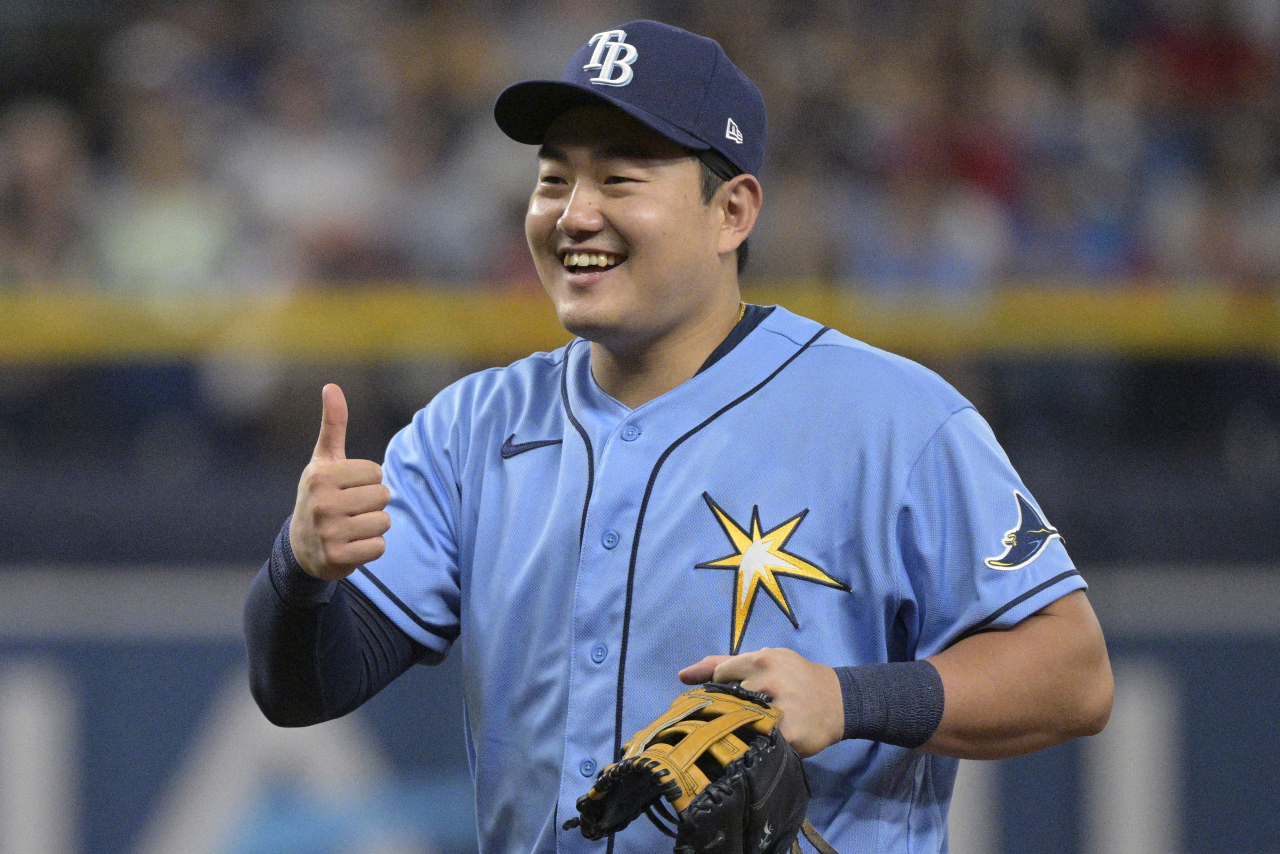 Tampa Bay Rays first baseman Ji-Man Choi reacts after getting a favorable ruling on a reviewed play off a ground ball hit by Boston Red Sox's Alex Verdugo during the fourth inning of a baseball game, Saturday, April 23, 2022, in St. Petersburg, Fla. Vertugo was ruled out upon review as Choi got the throw in time. (AP)

Tampa Bay Rays' South Korean first baseman Choi Ji-man has landed on the 10-day injured list (IL) with right elbow problems, with his red-hot start to the 2022 campaign coming to a screeching halt.

The Rays made the move prior to their series finale against the Minnesota Twins at Tropicana Field in St. Petersburg, Florida, on Sunday (local time). It is retroactive to Thursday.

Choi had sat out for four straight days, but manager Kevin Cash told MLB.com that Choi was "trending in the right direction" after taking some swings on Sunday.

"But we need to get him right to where it's not something where he's wavering back and forth," Cash added.

If Choi stays on the course during his recovery, he will play in minor league rehab games this week and join the Rays during their 10-game West Coast road trip, which starts Monday in Oakland and wraps up on May 11 in Anaheim.

Choi's move to the IL leaves just one South Korean player, Kim Ha-seong of the San Diego Padres, active in the big leagues. Toronto Blue Jays' starter Ryu Hyun-jin has been on the IL since April 17 with left forearm inflammation. Park Hoy-jun, utility player for the Pittsburgh Pirates, made the club's Opening Day roster but was optioned to the minor leagues on April 22. (Yonhap)