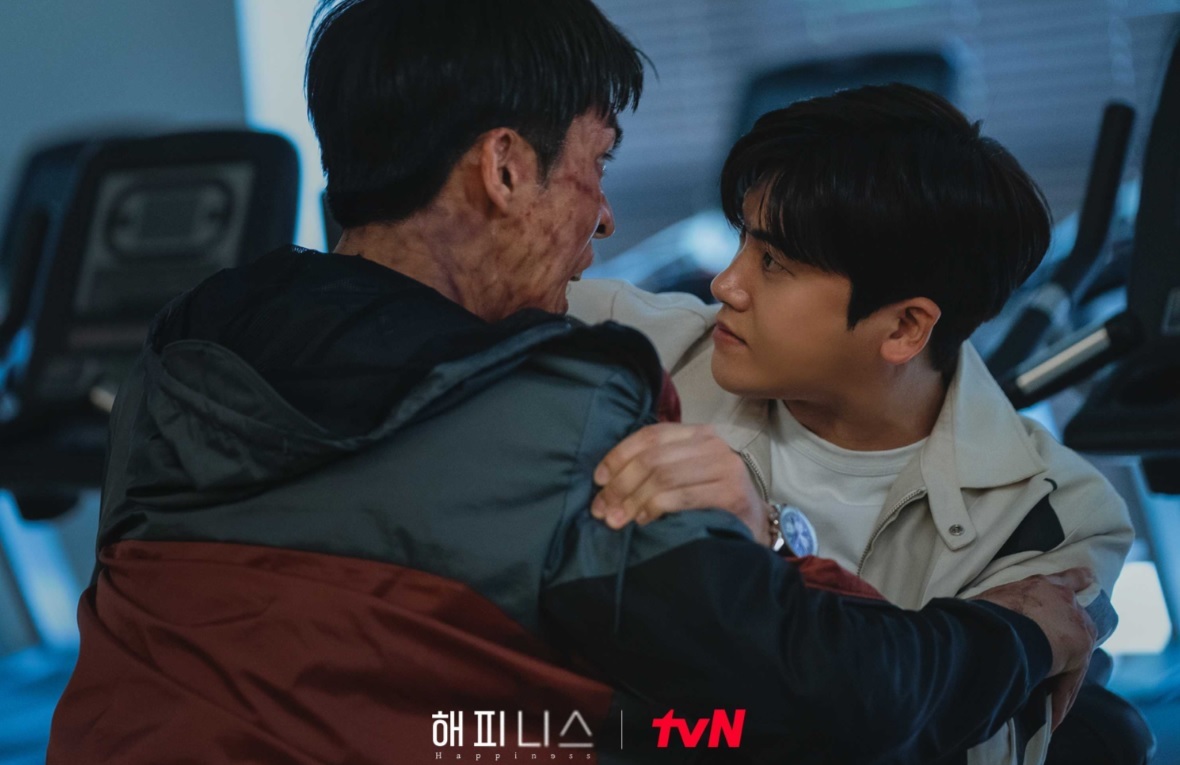 Park Hyung-sik plays police detective Yi-hyun, who tries to investigate a disease spreading in a newly build apartment building in “Happiness” (tvN)
While Korean original series have been drawing attention from the creative content industry since Netflix’s global phenomenon “Squid Game” (2021), local television dramas -- including many that have ended their runs -- are starting to enjoy unexpected worldwide popularity as well.

With the continued success of Korean content on video streaming services, seeing Korean originals ranked high on a global chart is no longer an unexpected, mind-blowing event.

However, TV dramas climbing back up the streaming charts after their finales are a testimony to the growing popularity of Korean content across platforms.

According to Studio Dragon, a major South Korean drama production company, its 2021 suspense thriller “Happiness,” which aired on South Korean cable channel tvN, has ranked eighth as of Friday on the global Netflix chart.

Though the series came to an end in December 2021, “Happiness” continues to entertain viewers in various countries, especially in the Middle East and Southeast Asia.

The 12-part apocalyptic thriller, which revolves around a deadly infectious disease spreading in a newly built apartment building, has topped the Netflix charts in Saudi Arabia, Kuwait, Oman, Vietnam, Indonesia, Malaysia and the Philippines for more than a week.

“The series depicts how humans are affected by a pandemic. And after experiencing the COVID-19 situation, viewers across the globe can easily empathize with the stories and characters in ‘Happiness,’” a Studio Dragon official said in a recent press release, explaining the reason for its growing popularity.

The South Korean rom-com “Business Proposal” continues to be a global sensation after solidifying its position in the global Top 10 chart for almost a month. 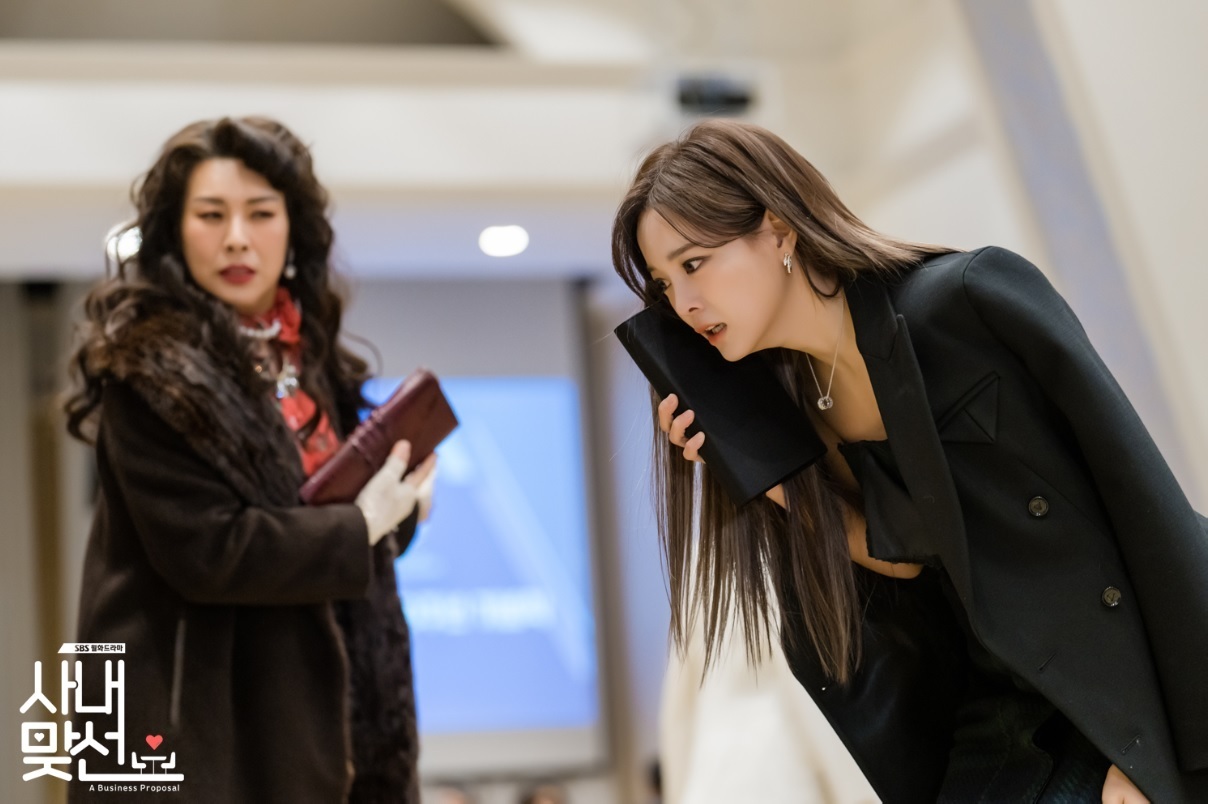 Kim Se-jeong stars as Shin Ha-ri, a young office worker who shows up on a blind date disguised as her friend, in “Business Proposal.” (SBS)
After its last episode aired in early April, the SBS’ 12-part series remains strong in South American and East Asian countries, including Brazil, Venezuela, Colombia, Taiwan, Japan, Hong Kong and more.

Though it slid down from the global chart as of Sunday, tvN’s coming-of-age romance drama “Twenty-Five Twenty-One” also remained on the Top 10 chart until the end of April.