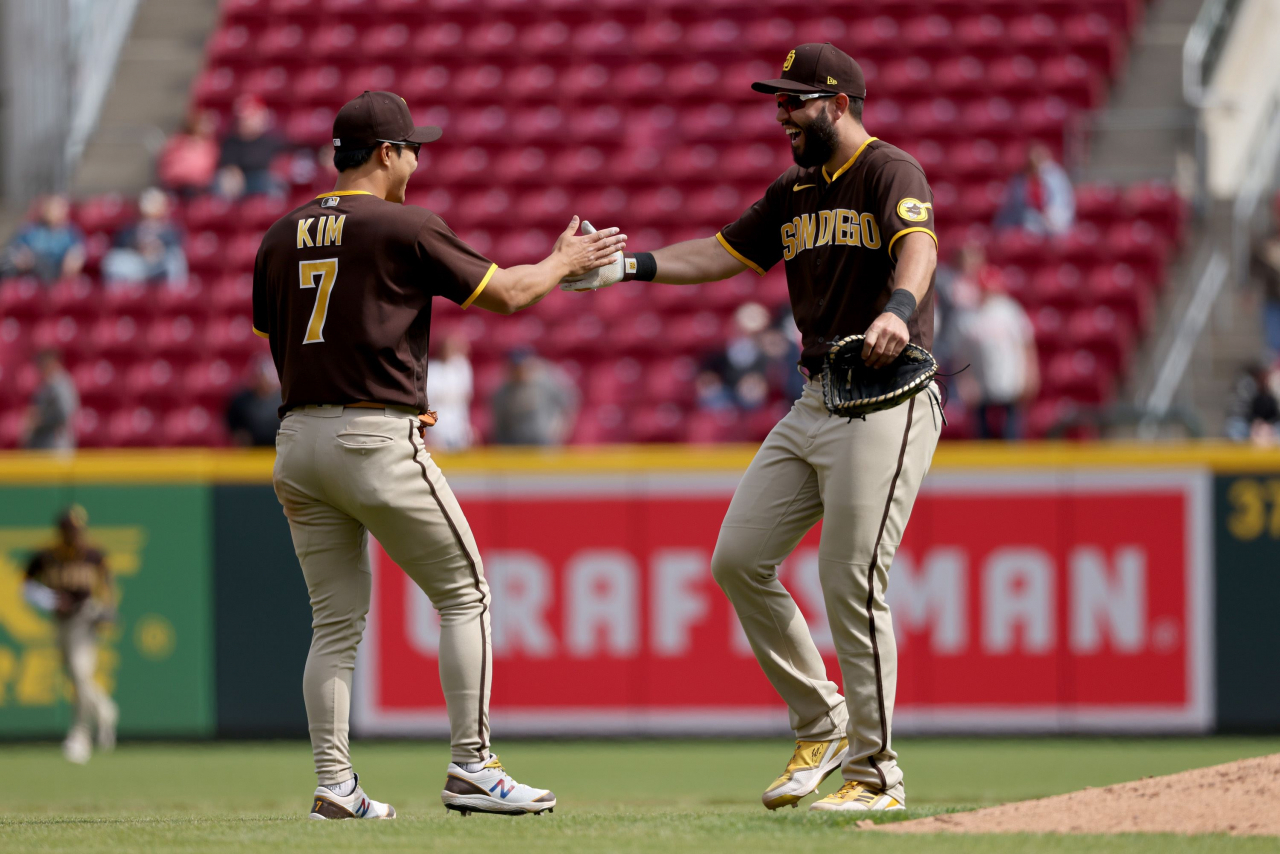 In this Getty Images photo, Kim Ha-seong of the San Diego Padres (L) celebrates with teammate Eric Hosmer after their 7-5 victory over the Cincinnati Reds in a Major League Baseball regular season game at Great American Ball Park in Cincinnati on Thursday. (Yonhap)

Batting ninth and playing third base, Kim singled in his first time up in the second inning. After striking out in the fifth, Kim collected his three RBIs with one swing of the bat in the sixth inning.

With the bases loaded, Kim drove a 3-1 fastball from reliever Tony Santillan to left. Left fielder Tommy Pham took a gamble and tried to make a diving grab, but the ball instead skipped past him and rolled to the fence, allowing all three runners to score and break a 2-2 tie.

Kim doubled to lead off the eighth inning and then scored on Manny Machado's single to put the Padres up 7-4.

Kim split his 2021 season at second base, third base and shortstop. So far this year, he has played at shortstop and hot corner. (Yonhap)