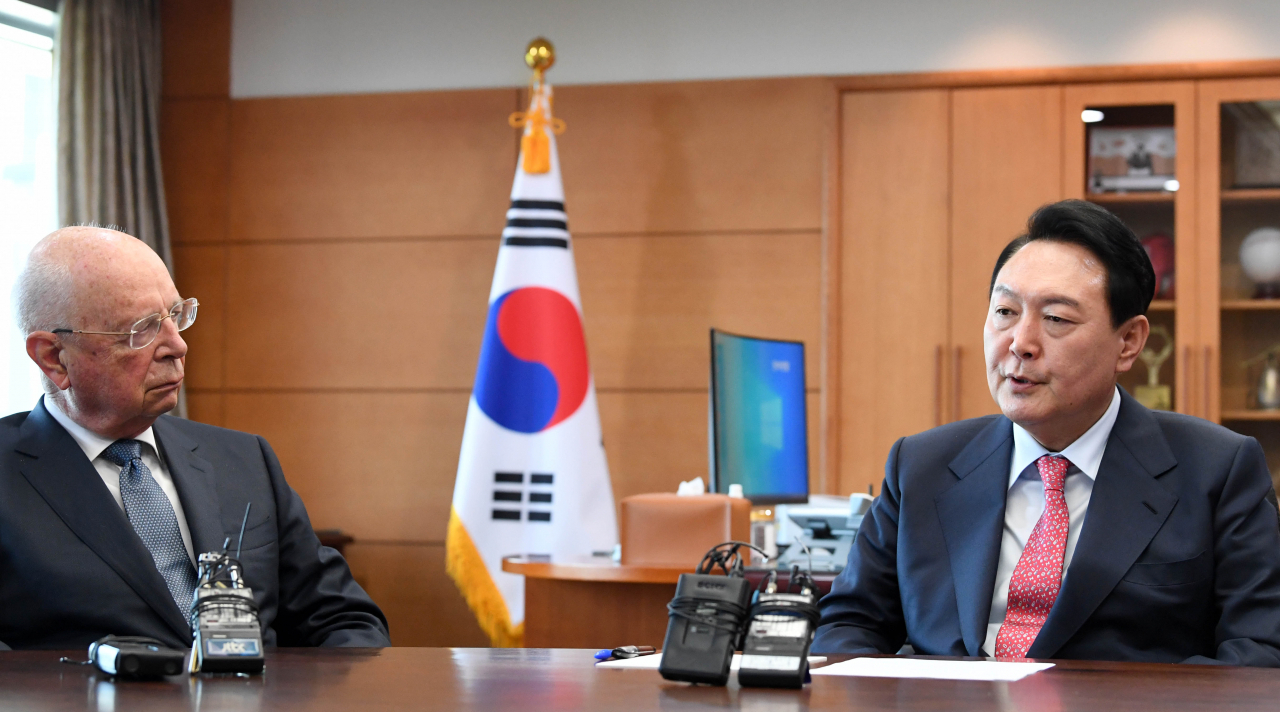 President-elect Yoon Suk-yeol plans to attend the annual meeting of the World Economic Forum (WEF) in Davos, Switzerland, in January next year, his spokesperson said Thursday.

Yoon expressed his intention to attend the forum in Davos after receiving an invitation from World Economic Forum Chairman Klaus Schwab during their meeting Wednesday, according to Yoon's spokesperson Bae Hyun-jin.

The WEF organizes an annual forum in Davos where the world's political and economic leaders gather to discuss various global agenda. The forum has been usually held in the beginning of the year, but due to the omicron wave, this year's edition has been pushed back to May 22-26.

In their meeting, Yoon and Schwab exchanged their views on the Fourth Industrial Revolution.