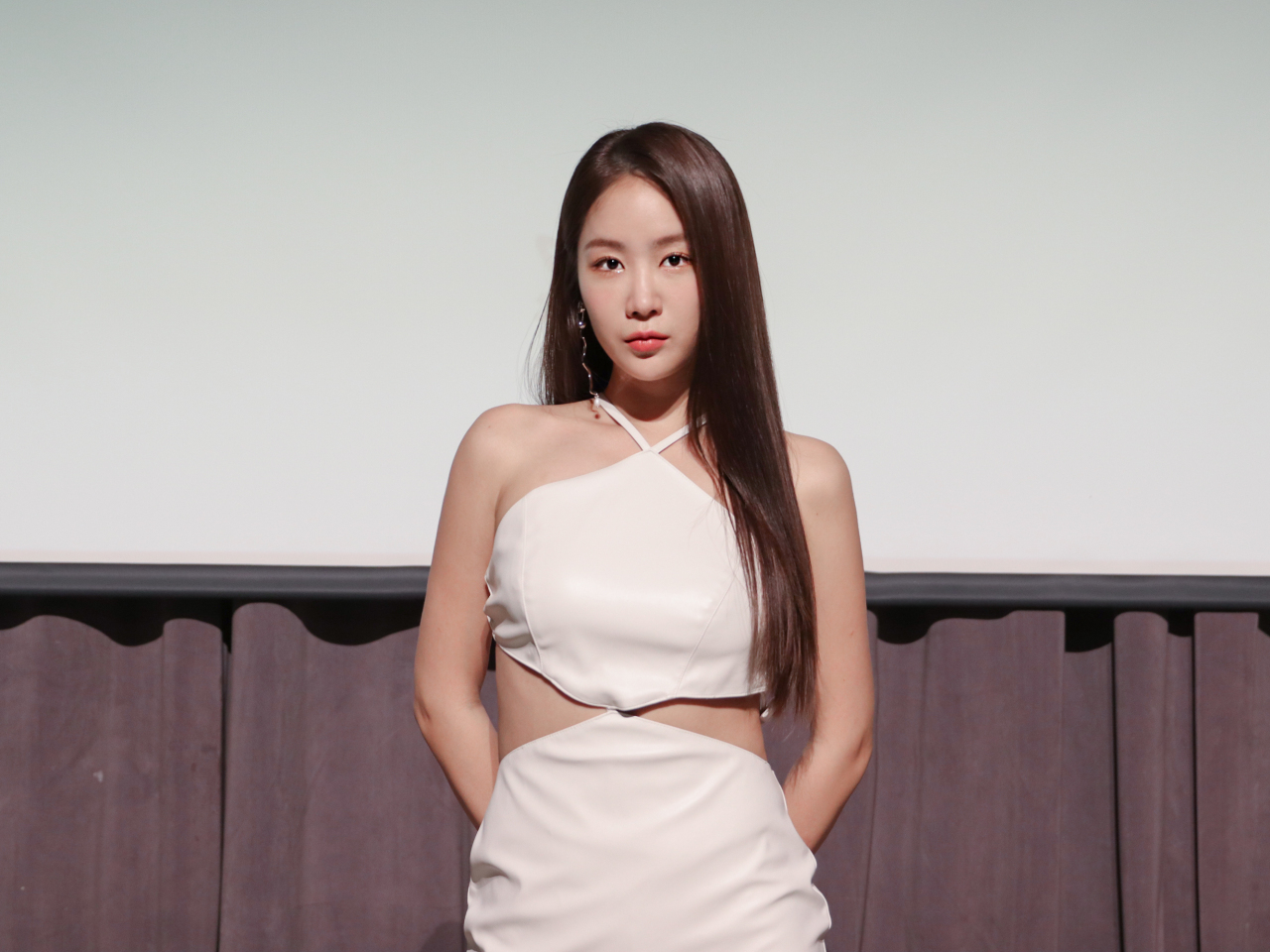 “Since ‘Day&Night’ is my first mini-album, I have a deep affection for it. I tried to fill up with various genres of songs,” Soyou said during a press showcase event held in Seoul on Wednesday, ahead of the EP’s online release at 6 p.m.

“Day&Night” talks about various emotions that come and go in a day from dawn until night, she said. The five-track EP features double lead tracks “Business,” featuring rapper-songwriter Be’O and “Some 2,” featuring CNBlue vocalist Jung Yong-hwa.

“‘Business’ is about a love story between a man and woman who met through work. It talks about their true feelings in unstable circumstances,” the artist said. “‘Some 2’ is also a love song that talks about both a man and a woman’s fresh emotions toward each other. It’s like the part two of ‘Some.’” Soyou collaborated with hip-hop musician Junggigo for “Some,” released in 2014. 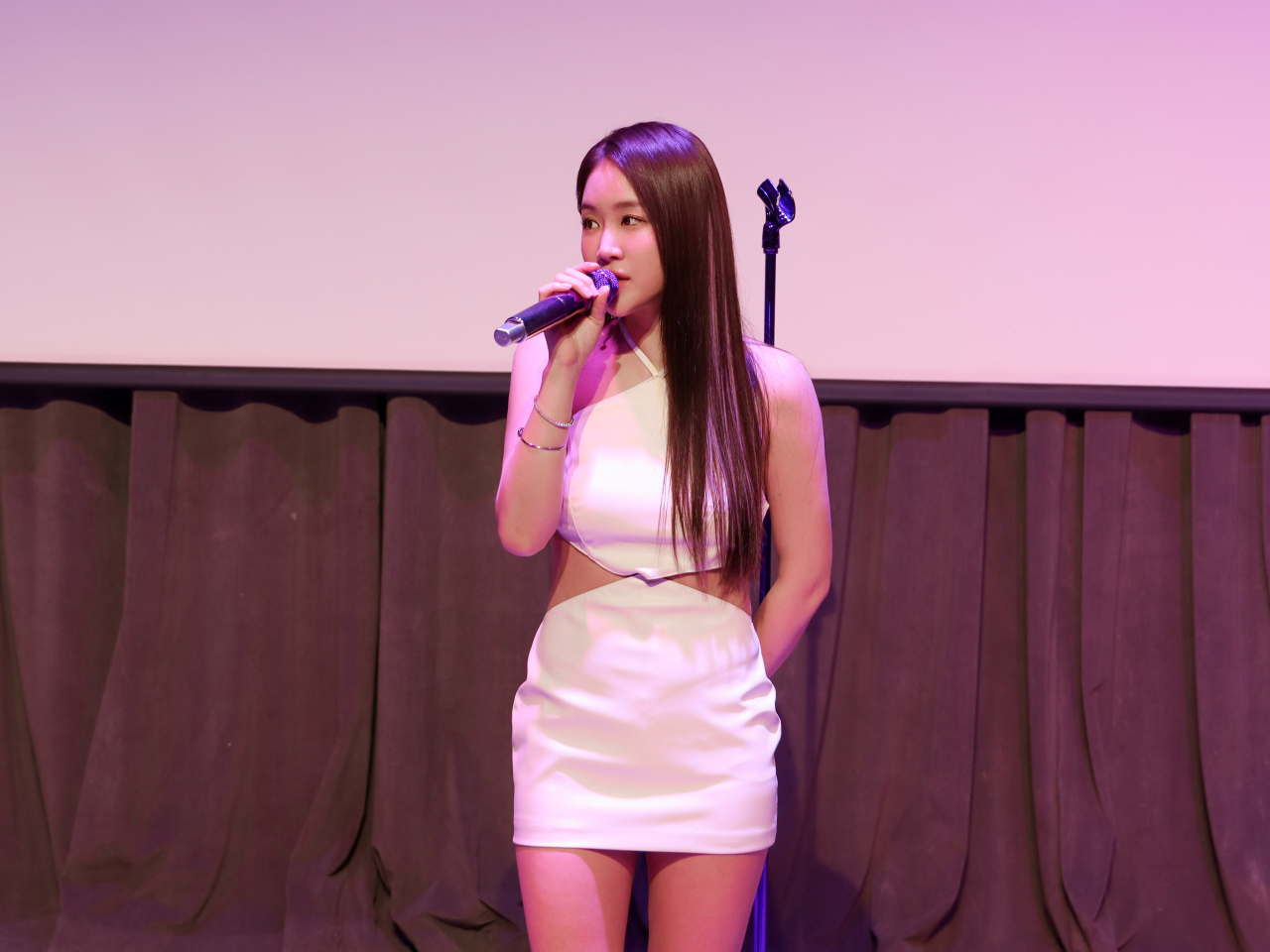 Singer Soyou performs onstage during a press showcase event held ahead of the release of her first mini-album “Day&Night,” in Seoul, Wednesday. (BPM Entertainment)
Singer-songwriters Jukjae and Davii also participated in Soyou’s latest album, from lyrics-writing to composition and arrangement, as well as being featured artists. Soyou also participated in writing and composing the track “Tree.”

“Day&Night” is Soyou’s first release under her new label BPM Entertainment. But the singer is not planning on showcasing her new songs at music shows this time. She is, however, seeking for opportunities to provide performances to her fans through live content online, the musician said.

Soyou debuted in 2010 as a member of the now-disbanded girl group Sistar. After the group disbanded in 2017, she continued her music career as a solo artist. Ahead of release of “Day&Night,” the singer held her first solo concert “The Live: Night” on April 2-3 at Mary Hall at Sogang University in Seoul.