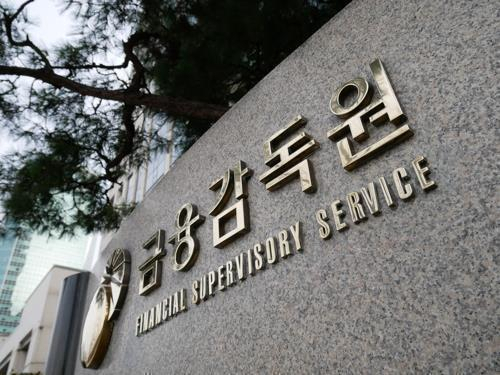 The headquarters of the Financial Supervisory Service in Seoul (Yonhap)

The ABS issued during the January-March period came to 10.9 trillion won ($8.7 billion), down 2.8 trillion won from a year earlier, according to the data from the Financial Supervisory Service (FSS).

ABS refers to securities based on such assets as mortgages, auto loans, credit card receivables and student loans.

The decline stemmed mostly from a fall in the issuance of mortgage-backed securities (MBSs) by the state-run Korea Housing Finance Corp.

The agency sold 6.3 trillion won worth of MBSs in the first quarter, down 2.8 trillion won from a year earlier, the data showed.

As of end-March, outstanding ABSs stood at 228.1 trillion won, up 7 trillion won, or 3.2 percent, from a year before, the data showed. (Yonhap)