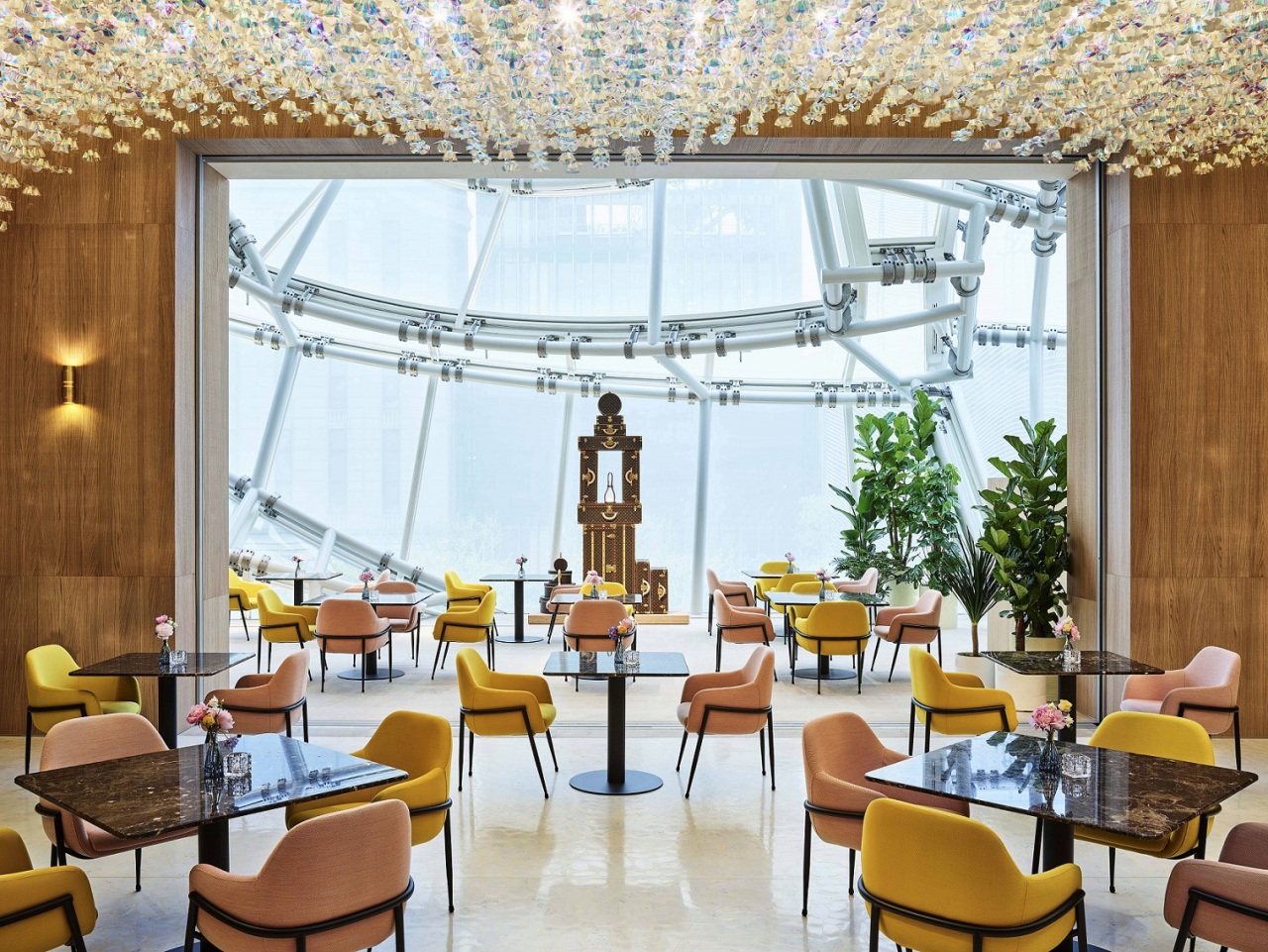 Pierre Sang at Louis Vuitton will open on the fourth floor of Louis Vuitton Maison Seoul from May 4 to June 10, serving French cuisine inspired by seasonal ingredients, according to the company.

The pop-up restaurant will offer daily multicourse lunch and dinner service from noon to 2:30 p.m. and 6:30 p.m. to 9:30 p.m., respectively. Coffee and tea will be available from 3 p.m. to 5:30 p.m. Reservations must be made via restaurant reservation app Catchtable.

The restaurant will be headed by Korean-born French chef Pierre Sang Boyer, who was a finalist on the French version of TV competition “Top Chef” in 2011.

Boyer runs five restaurants in Paris, where he combines French and Korean cuisine.

“I would like to thank Louis Vuitton for inviting me to be the first chef to open the Louis Vuitton Maison. My passion for cooking began upon leaving Korea at the age of 7 to be with my family in Auvergne, France,” Boyer said in a statement.

“I sought to reflect my double DNA in my cuisine as I set foot in the Parisian restaurant scene in 2012. I am delighted to bring you my French cuisine with a Korean twist using seasonal, local and exceptional quality ingredients,” the statement further read.