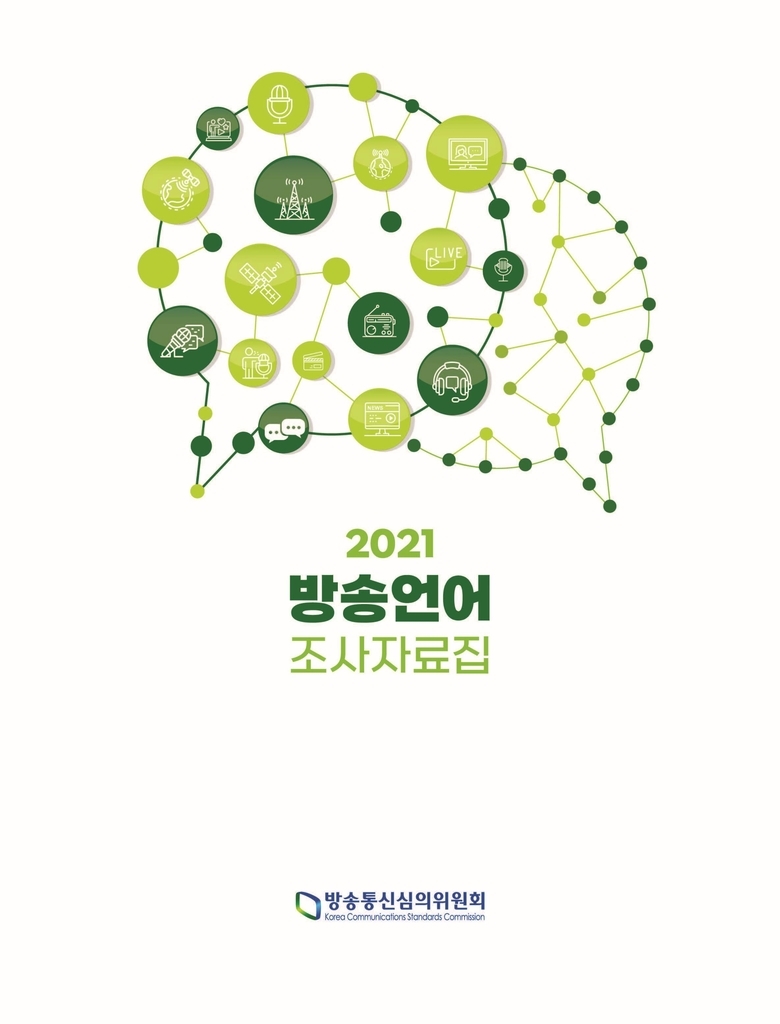 While the words and expressions are widely used by streamers on video-sharing platforms such as YouTube, Twitch and Afreeca TV, TV programs have also adopted such usage in recent years, though they deviate from the standard Korean language deemed proper for broadcast.

KCSC and Special Advisory Committee on Broadcasting Language, an affiliate organization, examined popular television programs from terrestrial broadcasters KBS, MBC, SBS and cable channels tvN and JTBC, that aired in the first half of 2021.

The report evaluated the programs in three categories -- inappropriate use of English subtitles, use of slang in TV shows and intentional writing errors.

The average number of times slang was used in each episode of a Korean TV show reached approximately 75.

Writing errors, intentionally made by the show’s content creators, were detected 11 times per television episode among the terrestrial broadcasters and 47 times among the cable channels, the report said.

“The problems regarding to the inappropriate use of slang, mostly taken from the online communities, streamers’ video content and foreign languages, continue to rise,” said KCSC in its latest press release on Sunday.

At the same time, words and expressions, including slang, presented in the local TV shows are translated into foreign languages for the global viewers.

“The translators do not have a strict guideline or rules to follow. Unless the Korean words are in the Oxford English Dictionary, the translation are made to deliver the meaning of the word to the audience,” an official at the broadcaster told The Korea Herald on Monday.