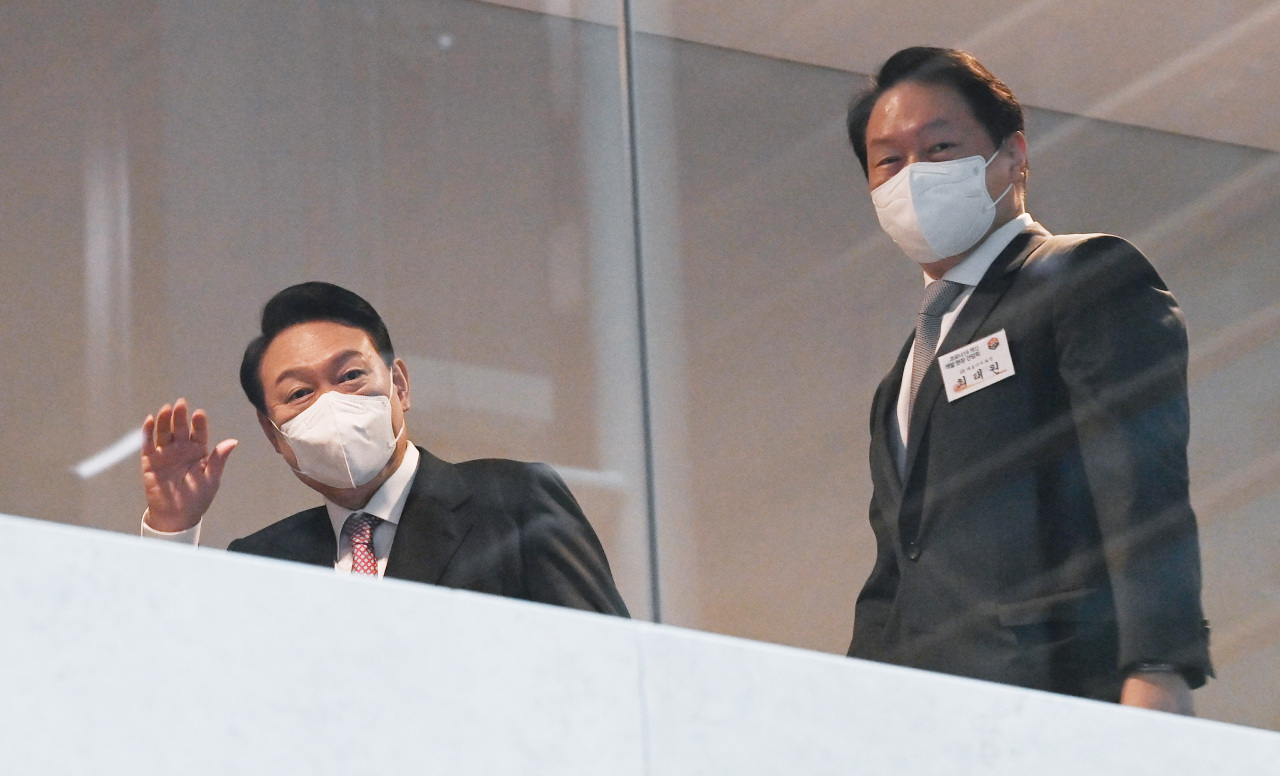 “The essence of the country’s growth lies here,” Yoon said during his visit to SK Bioscience’s headquarters in Seongnam, Gyeonggi Province, adding that South Korea’s economy and security depend on developing drugs.

The President-elect also vowed to offer enough financial backing for the private sector once his administration gets underway next month, hinting at easing regulations for drug developers if necessary.

“If companies tell us that certain regulations make it difficult for them to do research and development, do business and secure international competitiveness and ask us to lift them, we will actively review them so that there is no inconvenience,” Yoon said.

According to SK Bioscience, the drug developer confirmed GBP510’s excellent immune response compared to Vaxzervria, the control vaccine formerly known as AstraZeneca, in the analysis of phase three clinical trials. For the study, a total of 4,037 adults aged 18 or older took part in six countries -- South Korea, Thailand, Vietnam, New Zealand, Ukraine and the Philippines.

GBP510 can increase the amount of neutralizing antibodies when compared to the control vaccine, the company said, adding that it can better induce preventive effects by neutralizing COVID-19 infectivity. It added that the antibody conversion rate, which refers the proportion of people whose neutralizing antibodies increased more than four times after GBP510 inoculation among the participants in the clinical trials, was also significantly higher than that of the control vaccine. 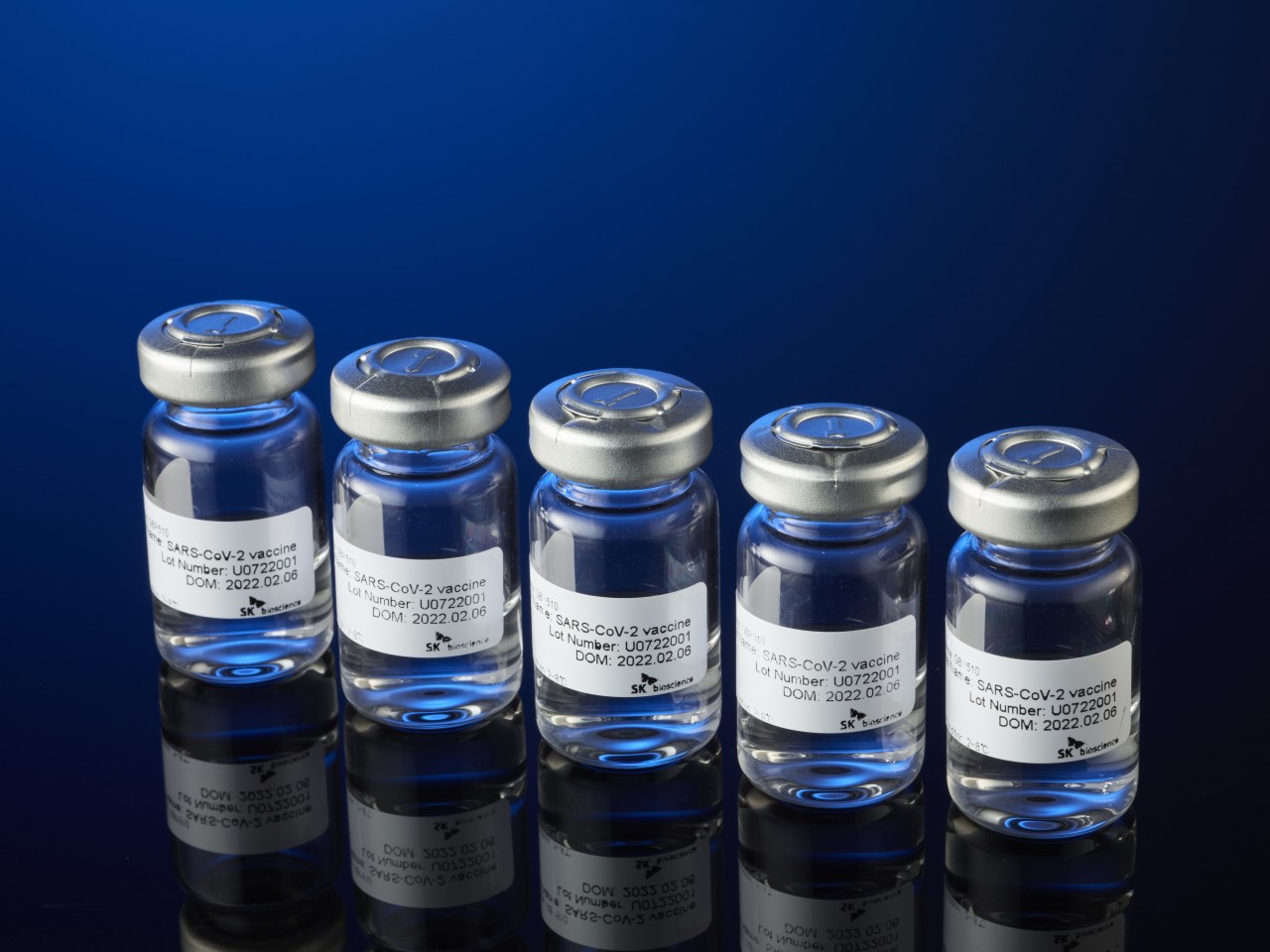 SK Bioscience's COVID-19 vaccine GBP510 (SK Bioscience)
As SK Bioscience remains just steps away from completing the development of South Korea’s first homegrown COVID-19 vaccine, the company plans to secure the safety data and apply for product authorization with the Ministry of Food and Drug Safety before the end of this month.

Once GBP510 gets the nod from the health authorities, S. Korea will become only the third country in the world to have developed its own COVID-19 treatment and vaccine after the US and UK.

With exporting the vaccine in mind, the biopharmaceutical firm has also submitted initial review documents for to the World Health Organization and the UK government’s Medicines and Healthcare products Regulatory Agency.

An SK Bioscience official told The Korea Herald that the discussions on exporting GBP510 will begin to pick up the pace once it is approved by the Korean government.

GBP510 was co-developed by SK Bioscience and the University of Washington’s Institute for Protein Design with funding of over $200 million from the Bill and Melinda Gates Foundation and the Coalition for Epidemic Preparedness Innovations.

“We will create a new turning point for the entire world’s quarantine efforts through the successful development of GBP510. Further, we will fulfill our mission to establish Korea as a country with vaccine sovereignty,” said SK Bioscience CEO Ahn Jae-yong.