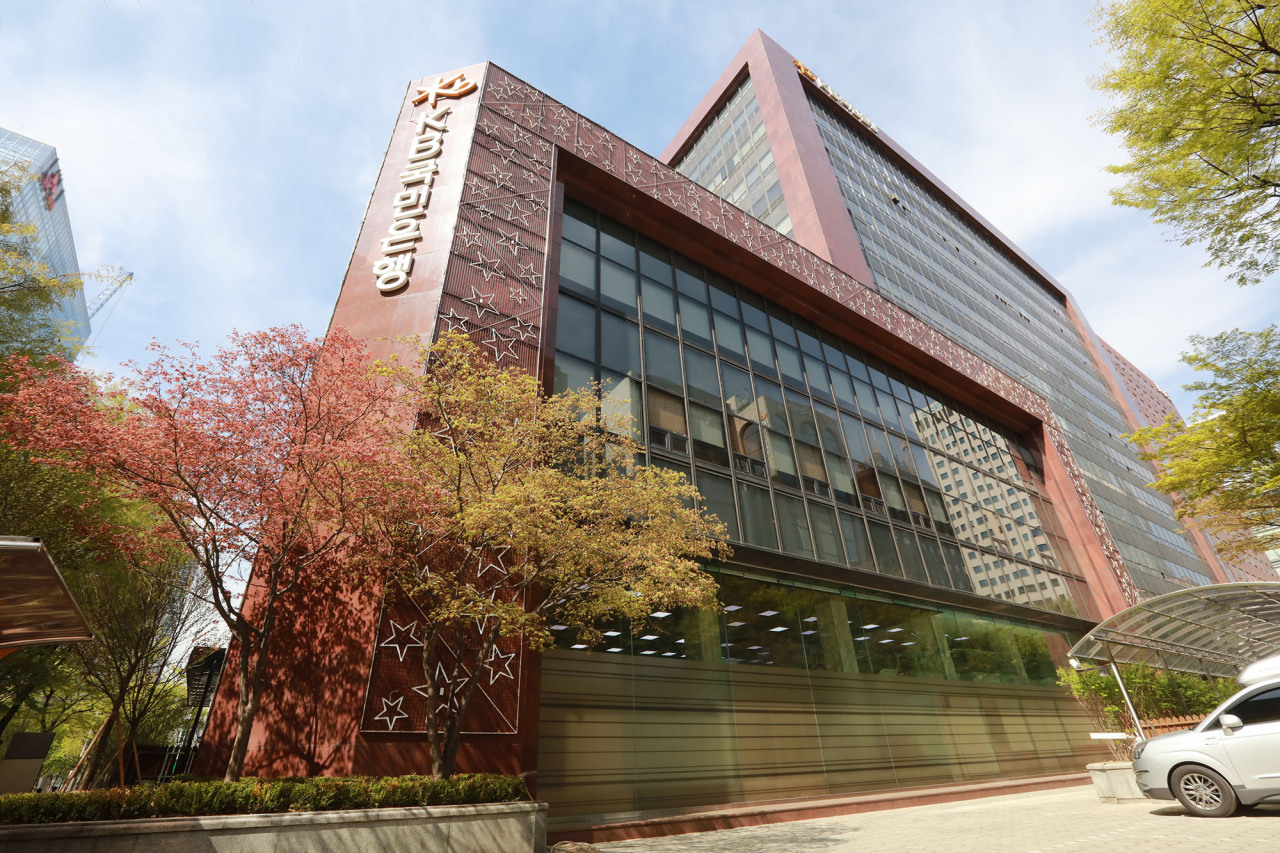 Interest income increased 18.6 percent on-year to 2.64 trillion won, backed by solid loans extended to households and businesses. KB plans to pay investors a dividend of 500 won per share and to regularize quarterly dividends, the firm said in a statement.

Shinhan plans to pay a quarterly dividend of 400 won per share and to hand out the same amount for the second and third quarter, according to the firm.

Household loans extended by its flagship Shinhan Bank declined 19.2 percent on the back of tightened regulations and screenings, but loans extended to businesses grew 1.9 percent in the cited period.

Hana Financial Group came at No.3 with a net income of 902.2 billion won in the same period, up 8 percent from a year earlier. Operating profit increased 2.2 percent on-year to 1.1 trillion won.

Despite market concerns over financial authorities’ stricter loan regulations imposed on the banks to curb the nation’s growing household debt, banks were able to rake in money due to higher borrowing rates. The Bank of Korea raised its key interest rate by a quarter percentage point to 1.5 percent, marking its fourth pandemic-era rate hike since August last year, driving up borrowing rates.

“While concerns of an economic slowdown continue to exist as a key risk, banking groups will likely post performances that exceed expectations for some time, backed by the central bank’s rate hikes,” said Choi Jung-wook, an analyst at Hana Financial Investment.