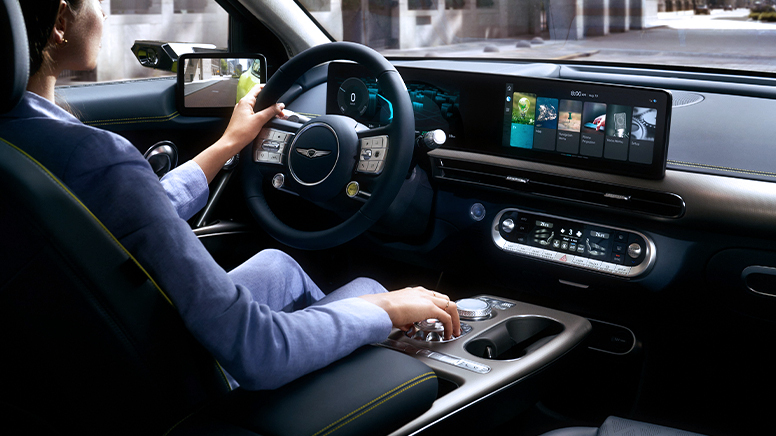 A driver sits inside a Genesis vehicle. (Hyundai Motor Group)
Just like smartphones or any other tech devices, vehicles also receive software for new versions from their manufacturers via OTA -- Over The Air -- updates. Software updates are a significant part of the connected car experience because they include the latest feature enhancements, such as autonomous driving, as well as crucial security patches.

Tesla has been offering OTA updates to all its cars since 2012. Rivals such as Stellantis, Mercedes-Benz and Volvo have also been quickly penetrating the market, which is expected to grow to be worth $8.2 billion in 2028. IHS Markit data shows that the number of vehicles worldwide equipped with OTA software functions rose to 32 million this year from 1.2 million in 2015.

But carmakers in South Korea, including Tesla, are blocked from offering OTA updates due to the Motor Vehicle Management Act, which requires that all vehicles be repaired at designated service centers. Software updates are no exception because the Korean government views them as a kind of vehicle modification that is closely linked to driving safety.

But due to resistance from the industry, the government has temporarily allowed carmakers to offer OTA software updates over the past two years, with a June deadline on the experiment nearing.

Hyundai Motor announced last week a plan to update its digital key via an OTA update, so drivers just carrying the phone would be able to open the door without even needing to tap the door.

The carmaker already unveiled in March that its investment of 12 trillion won ($9.7 billion) over the next three years will be also put to developing OTA updates so all of its 23 models to be launched by 2025 will be offered with OTA update functions.

OTA updates not only offer drivers the ability to comfortably have their vehicles updated remotely, but allows carmakers to save expenses because they can simply upload their software updates online. Market figures show that global carmakers will save around $35 billion this year through OTA service.

“Tesla’s stellar profit in 2020 just by selling 500,000 units but achieving market capitalization of $600 billion is based on its sales of a subscription-based OTA service called FSD,” said Koo Seong-joong, a researcher at Kakao Pay Securities. 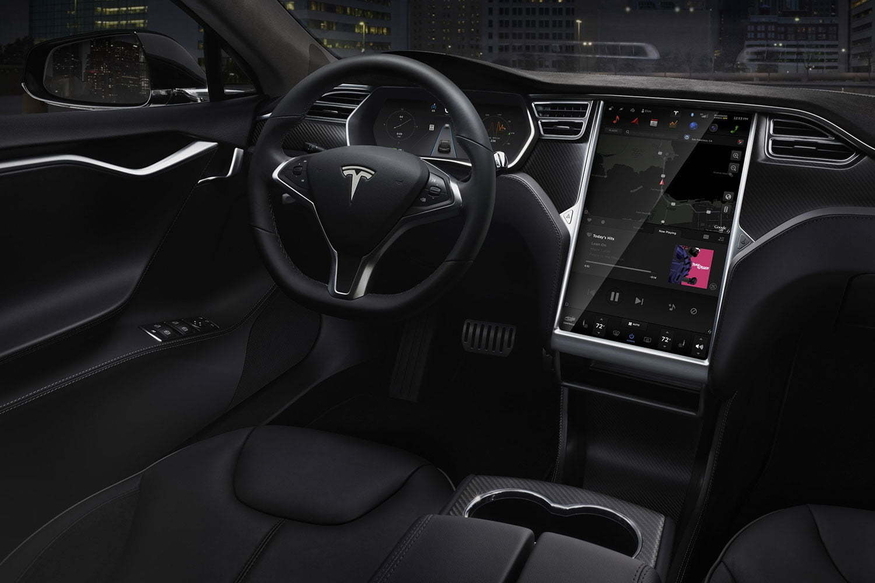 (Tesla)
On Wednesday, Tesla CEO Elon Musk said that the company has secured 100,000 customers registered to their full self-driving program, a subscription program to OTA updates to receive advanced driver assistance features at $199 per month.

“When Hyundai Motor Group secures its OTA technology competitiveness and expands it to apply to future models, it can pivot to a subscription-based service for OTA updates as well, allowing more advanced connected car driving experiences such as autonomous driving,” he added.

But others have also pointed out that OTA updates need to be addressed with more consideration and verification procedures.

“Most global carmakers offer OTA updates, but usually only at an infotainment update level. It’s not necessarily because they lack technology development, but because they are careful about security aspects and chances of hacking,” said an official from Korea Automotive Technology Institute.

Separate from the government’s lukewarm stance, industry watchers say carmakers will continue to develop their OTA software features that are crucial to the future of connected vehicles and autonomous driving.