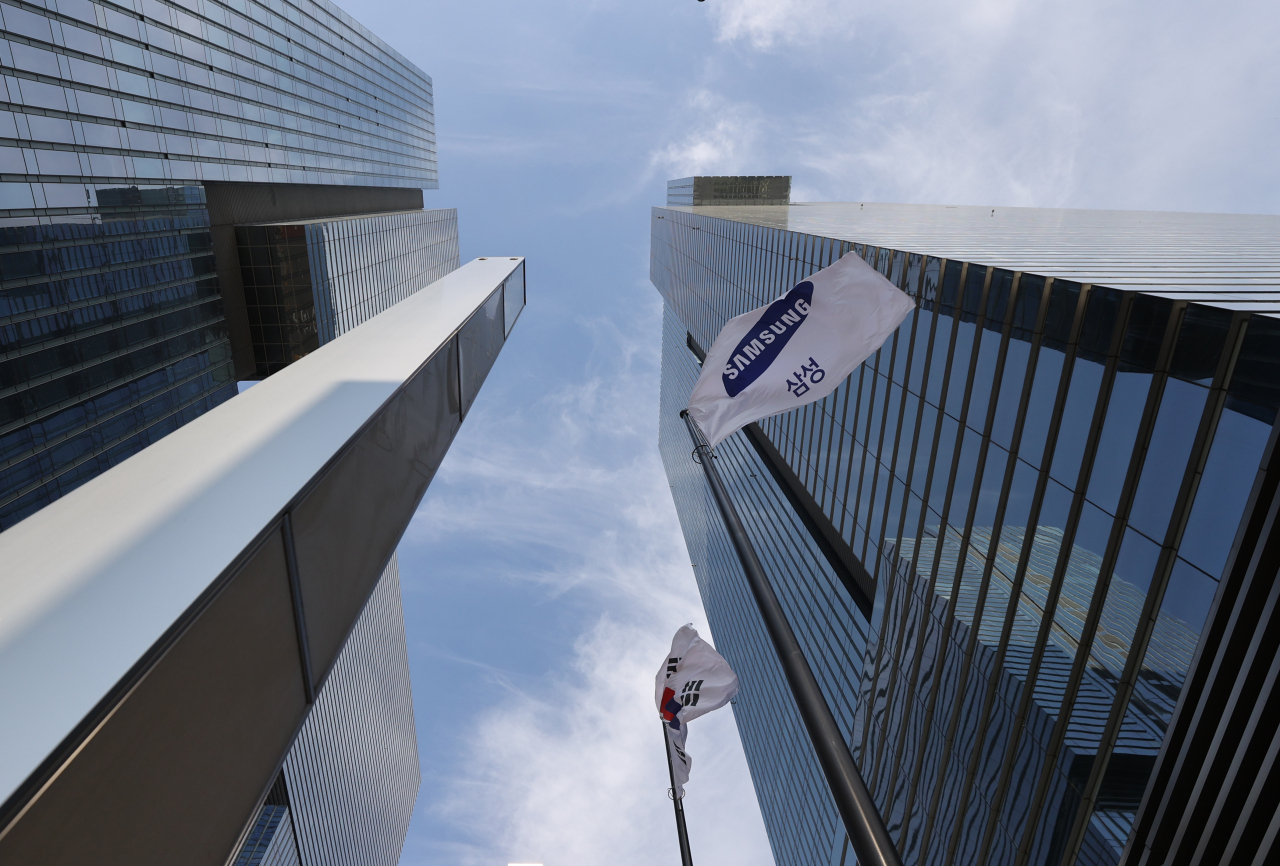 Samsung has been struggling to boost its share value this year, despite record quarterly sales posted in the first three months. Its share value fell 13.92 percent since the beginning of the year, while the Kospi dropped 8.7 percent in the same period.

The firm’s sales in the first quarter came to 77 trillion won, hitting a record high on a quarterly basis. Operating profit jumped 50.3 percent on-year in the cite period to 14.1 trillion won, the second-highest figure in history for a first-quarter performance.

LG Energy Solution, which attracted a record-setting 114.06 trillion won from investors for its initial public offering in January, contributed to the Kospi’s sharp expansion, which in turn led to a smaller pie for Samsung, analysts noted.

But the major catalysts behind Samsung’s lackluster share value is the foreigners’ selling spree coupled with external risks such as the global supply bottleneck and the Ukraine crisis, according to analysts.

Foreigners have already offloaded more than 2 trillion won of their shares in the first three weeks of this month.

“Since the beginning of the year, foreigners have offloaded some 9.3 trillion won worth of Korean stocks and half of them were dealt through program trading,” said Shinhan Investment analyst Choi Yoo-joon.

The Ukraine crisis, rising inflationary pressure and the intensifying lockdown in China due to the surge in the omicron variant has been causing waves of volatilities for Samsung and the risks are likely to stick for some time, said Lee Seung-woo, an analyst at Eugene Investment & Securities.

China accounts for 58 percent of global demand for semiconductors and the Ukraine crisis has been feeding anxieties over supplies. DRAM chip prices have been falling for the past seven weeks straight.