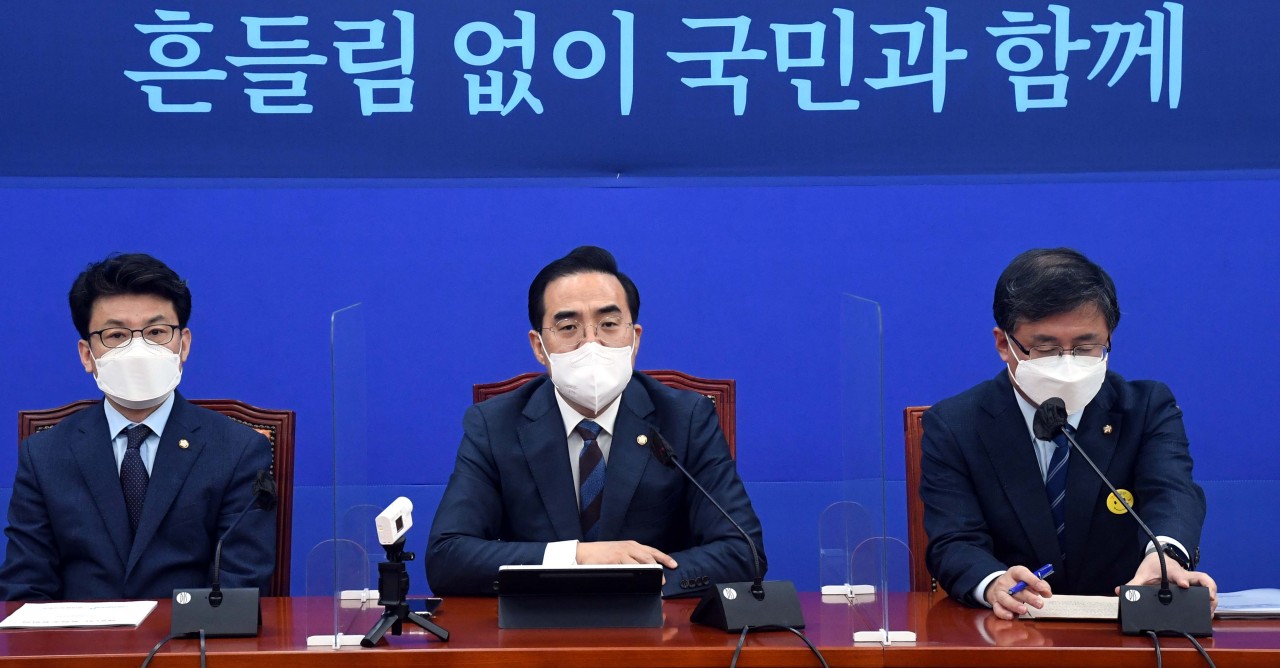 Rep. Park Hong-keun, floor leader of the Democratic Party, on Thursday requested a plenary session of the National Assembly to be held Friday to pass proposed revisions to the Criminal Procedure Act and the Prosecutors’ Office Act. The request comes as the party seeks to pass the bill that would strip the prosecution of its investigative powers within the April provisional assembly.

Many have accused the liberal party of pushing the bill too hastily on expectations that the prosecution will launch extensive investigations into allegations surrounding the liberal party’s former presidential candidate Lee Jae-myung as well as those surrounding President Moon Jae-in and his close aides.

The People Power Party has voiced fierce opposition to the bill, but so have some members within the Democratic Party who have expressed concerns they are skipping needed lengthy discussions.

“Haven’t we learned from losing the administration in just five years that pushing for a political agenda against public sentiment could be detrimental?”

Some have pointed out that the bill could later be ruled unconstitutional even after it is passed for official enactment at the National Assembly. The National Court Administration officially expressed that many within the organization believe the bill in question could be against the law.

Kim Hyung-doo, deputy chief of the National Court Administration, said in a meeting of the parliamentary judiciary committee held Tuesday that he has never seen a legislative push like this before, criticizing the Democratic Party for expediting a highly contested bill.

The party claims the prosecution has abused its power for political purposes, and that the prosecution should be stripped of its investigative powers. Its legislators fear President-elect Yoon Suk-yeol would give more power and authority to the prosecution, undoing the progress achieved during the incumbent Moon Jae-in administration.

The Democratic Party was expected to push for an agenda coordination committee meeting to speed up the progress so it can be put to a final vote Friday.

The party essentially made Rep. Min Hyung-bae give up his party membership to increase its clout in the agenda coordination panel. The six-member panel has to be composed of three members from the Democratic Party, two from the People Power Party and one independent lawmaker.

Rep. Park Ju-min, chairman of the judiciary committee, is expected to name Min as a member of the six-member panel instead of Yang to ensure it can outnumber the People Power Party with four against two.