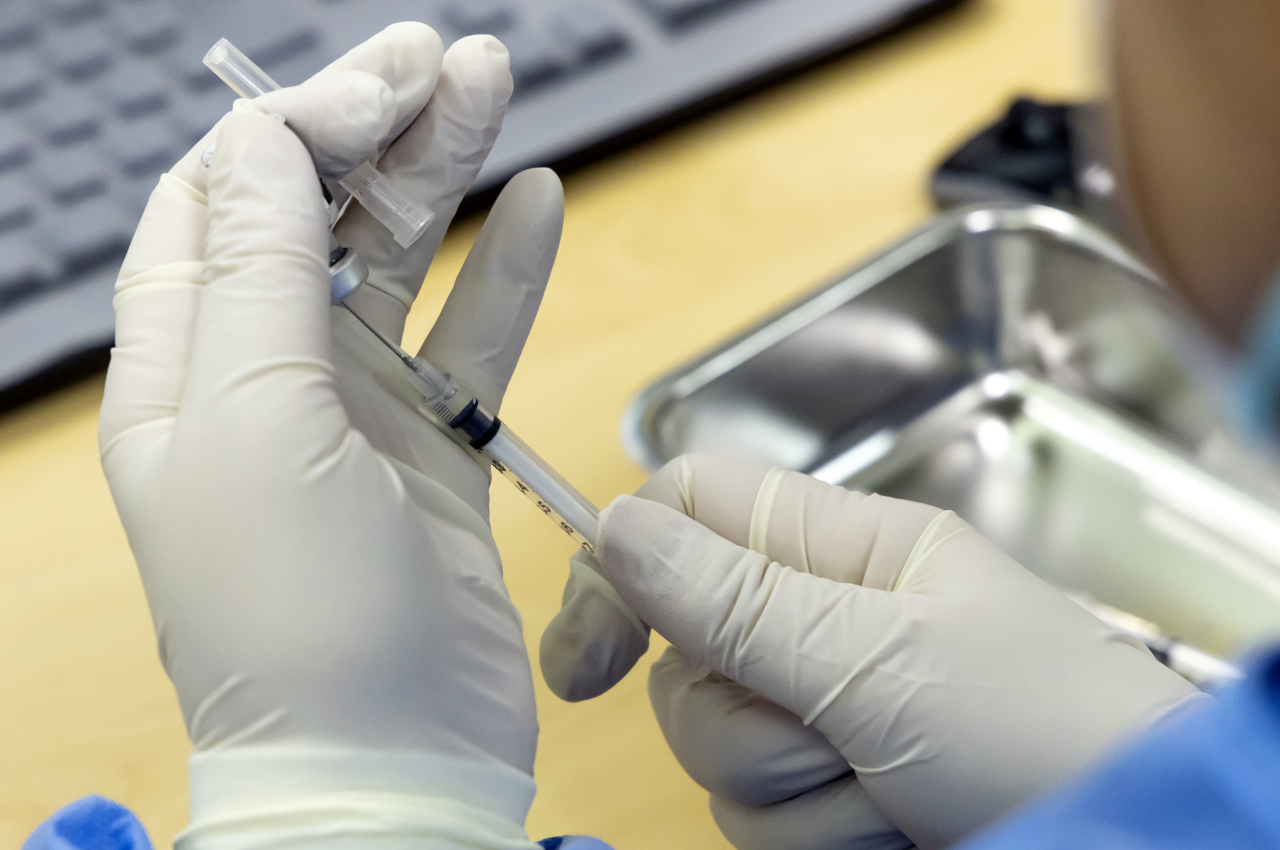 A medical worker prepares a dose of a booster vaccine against COVID-19 at a hospital in Seoul on Tuesday. (Yonhap)

Local clinics and hospitals received over 700 billion won ($564 million) won in total in February and March for conducting rapid antigen tests from the national health insurance scheme, data has revealed.

According to data submitted to the National Assembly by the Ministry of Health and Welfare on Tuesday, the National Health Insurance Corp. received claims for payment of medical expenses involving COVID-19 rapid antigen tests totaling 730.3 billion won between Feb. 3 and April 3.

This is explosive growth, given that in previous months the insurance scheme’s monthly payouts to medical institutions were somewhere between 100 million won and 600 million won.

An examinee paid only 5,000 won and the rest of the amount, 50,920 won, was paid by the National Health Insurance Service to the hospital.

As virus cases snowballed, South Korea began acknowledging COVID-19 diagnoses via rapid antigen tests, a break from its previous adherence to polymer chain reaction tests, which are more accurate but take longer and require a laboratory.

During the cited two-month period, at least 12.89 million tests were conducted at clinics and hospitals, according to the filings for coverage claims by the institutions.

Since footing the hefty bill, the government has slashed benefits to test providers starting from April 4.

They no longer receive infection prevention and control fees, which were given to cover the cost for preventing the spread of infections in medical institutions conducting the test.