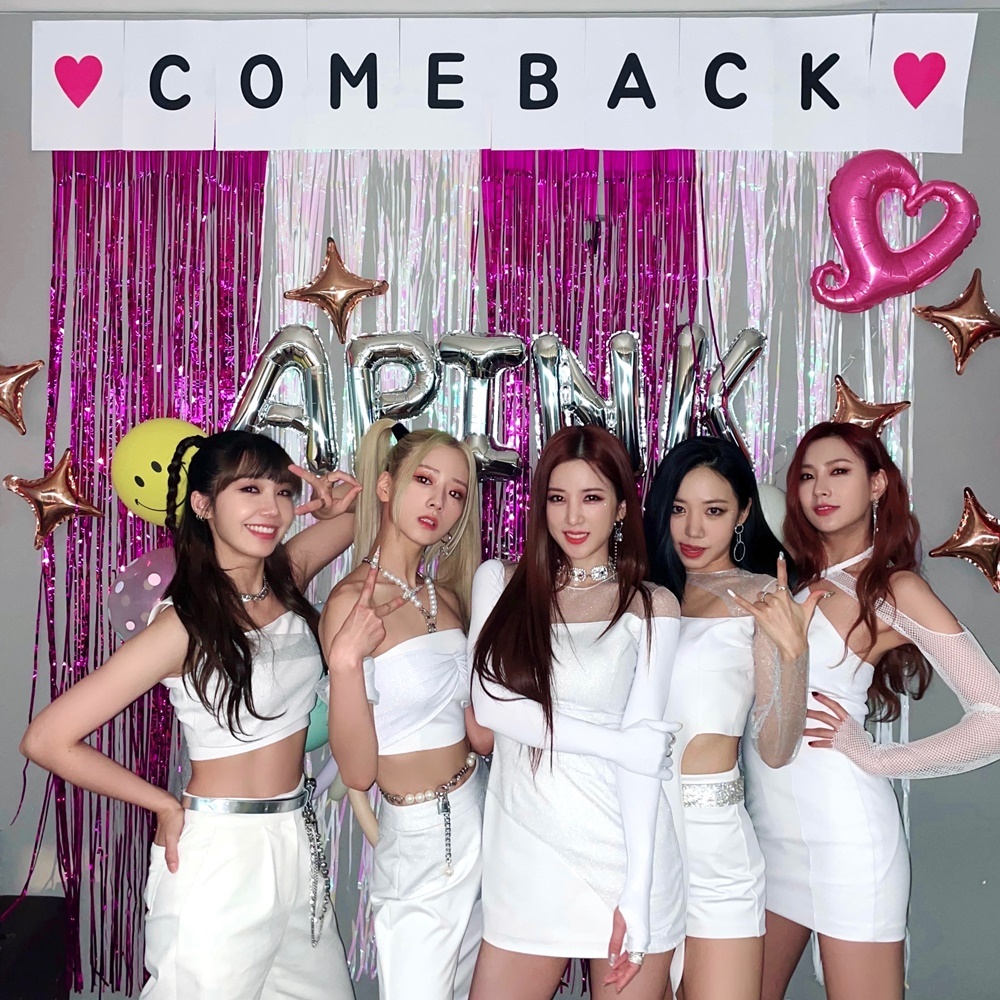 K-pop girl group Apink (IST Entertainment)
Maintaining a lengthy career or relationship for over a decade is no easy feat for anyone, but in the tumultuous showbiz industry it’s an even rarer achievement.

And K-pop idol group Apink managed this, marking their 11th anniversary since debut on Tuesday, and promising yet more years together.

The band dropped a new special single, “I Want You to be Happy,” at 6 p.m. Tuesday in celebration of the milestone. Just as with their past anniversaries, the song was a gift for fans who have kept their sides and made the journey possible throughout those years.

Debuting in 2011 as a septet and marking the past eight years as a six-piece, Apink recently bid farewell to another member this year: Son Naeun.

On April 8, Naeun posted a hand-written letter announcing her departure from the group.

“It took a long time to make this decision and it wasn’t an easy one as Apink has been like a family for a long time for me. But I will now root for Apink along with the other Pandas,” she wrote in the letter, referring the act’s global fanbase, Panda.

“Although it’s impossible to put into words how I feel looking back at the times I’ve spent with the members, the staff of IST Entertainment and my dearest fans, I want to express my heartfelt gratitude for gifting me with the brightest and happiest teens and 20s,” she continued, adding, “Keeping the name ‘Apink’s Son Naeun’ inside my heart, I will try to become a better person as I believe that is how I could give back to everyone.”

Naeun’s withdrawal from Apink may have been foreseen, especially by fans who have been following her recent footsteps. 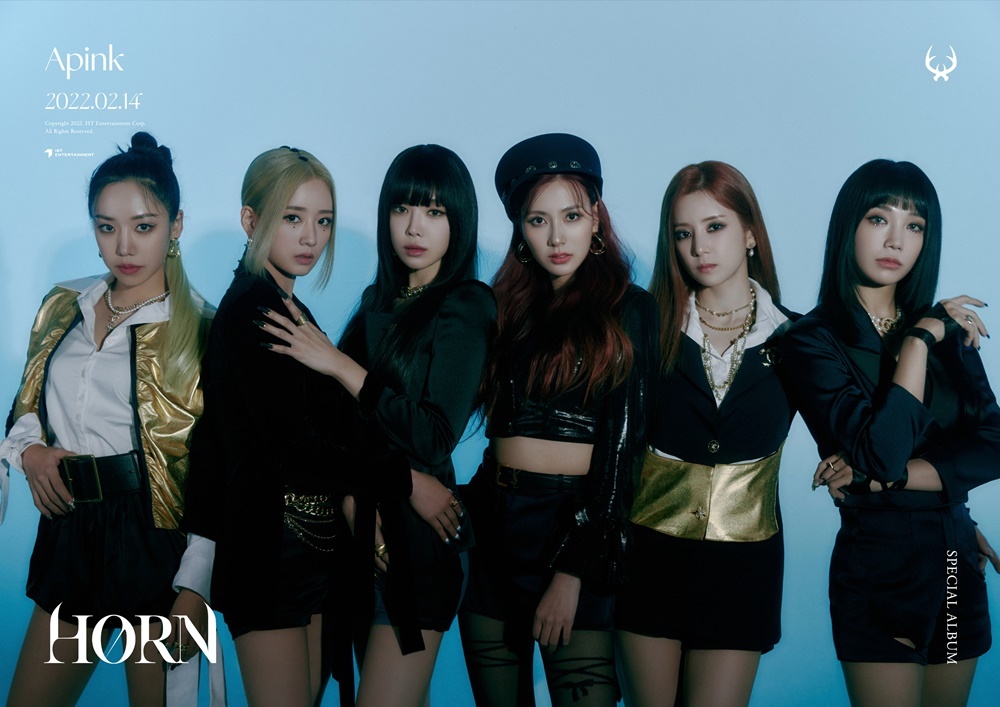 K-pop girl group Apink (IST Entertainment)
In April 2021, Naeun left the act’s then label, PlayM Entertainment -- with which the other members all renewed their exclusive contracts -- and joined YG Entertainment. Rumors of Naeun’s departure from Apink had been around at the time, but she had denied them all, going onto take part in the act’s latest album, “Horn,” which was released in February.

However her official contribution to Apink ended after that, as she forwent promotional activities for the album to take part in other activities.

Since their debut on April 19, 2011, with the act’s first EP “Seven Springs of Apink,” the group has carved out its own niche of breezy bubblegum pop with their signature sweet, angelic sound. It went on to become a regular chart-topper, releasing “NoNoNo,” “Mr. Chu,” “Luv” and “MyMy.”

In April 2018, the band became one of the few girl groups to survive the notorious “seven-year jinx.” The name was coined as it is customary for artists and managements to sign a deal lasting seven years, with the result that most K-pop bands to end their group activities or lose members at the seven-year mark.

In July 2018, Apink successfully made a sonic shift with “I’m So Sick,” leading their seventh EP “One & Six,” coming to top the local music show in their eighth year -- a significant feat achieved by only a handful of other groups.

The act continued to show an unwavering presence as veteran artists, topping music shows and charts with “Eung Eung” in 2019 and ”Dumhdurum“ the next year. “Dumhdurum” brought the group a “grand slam” -- winning in all eight major TV music shows -- the first by a girl group 10 years into their career.

This February, the group returned with a new album in celebration of their milestone 10th anniversary. With the album’s main song “Dilemma,” the group became the first girl group to win a music show in its 12th year. It was also significant as the song had brought together the six members with new music for the first time since Naeun had moved to YG in June. She joined the group for photo shoots and the video for “Dilemma,” but this was her final activity as a member of Apink.

IST Entertainment, the new name of PlayM, also released an official statement about Naeun’s withdrawal from the group on April 8.

“Ahead of dropping the fan song on April 19 in celebration of the 11th anniversary of debut, Apink will reposition into a five-piece team of Park Chorong, Yoon Bomi, Jeong Eunji, Kim Namjoo and Oh Hayoung and continue as a group,” IST said in the statement.

“All six members and representatives of the two companies had come together to share opinions on the group activities and, through a deep discussion, have arrived on such decision,” the agency continued in the statement, adding, “we will continue to fully support the teamwork and the individual growth of the remaining five members.”

While it is assumed that Naeun left the group to focus on acting, the fact the most of the other members are also pursuing their individual careers in acting and solo music while still a part of the group makes her departure disappointing for some. 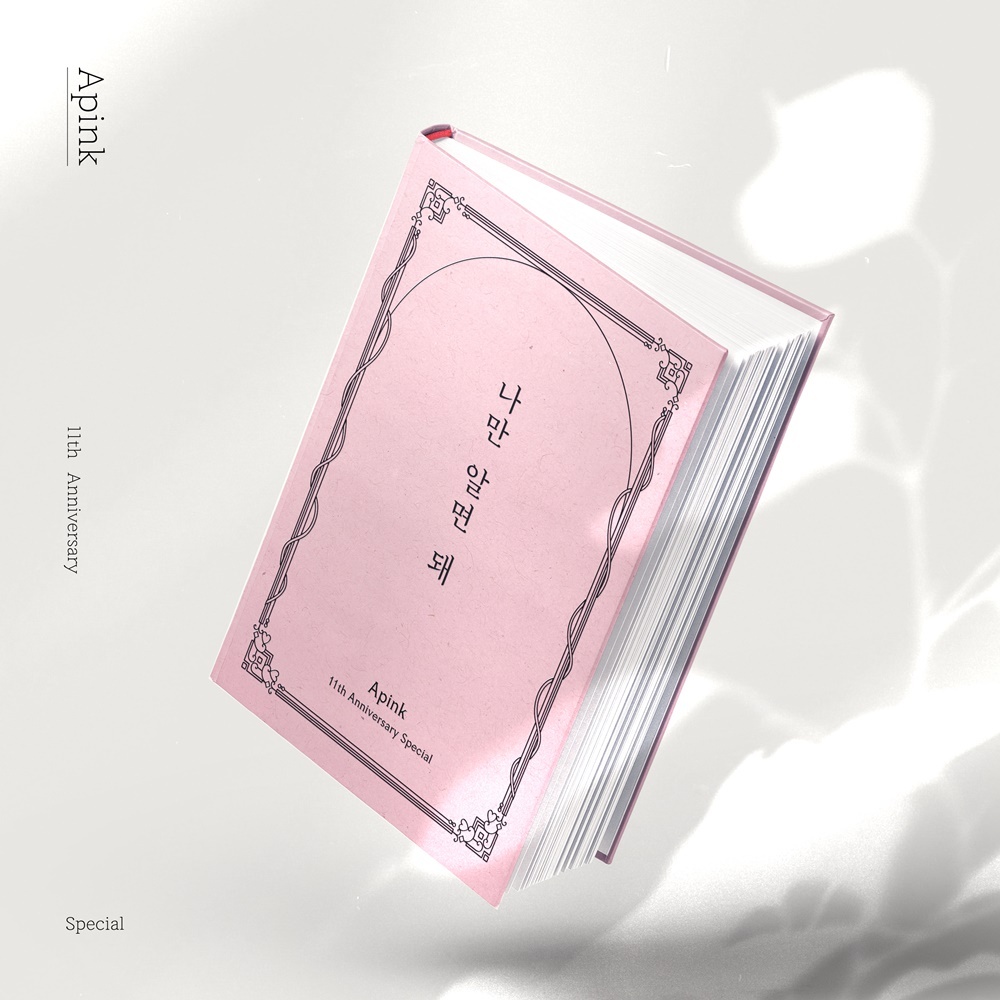 Cover image of Apink’s 11th anniversary special single “I want you to be happy” (IST Entertainment)
“Our relationship is close in a way different from those of just friends. I had become unaware of how special it was before making the 10th anniversary album, but working on it together, I’ve become more affectionate of the members and grateful at the fact that I could be with them and celebrate our 10th anniversary,“ Apink’s leader Chorong had said during a TV talk show the band had featured in February following the release of ”Horn.“

Eunji added during the show, ”Recently, I’ve become more aware of how valuable it is to have people with whom I can remember our beautiful and shining days.“