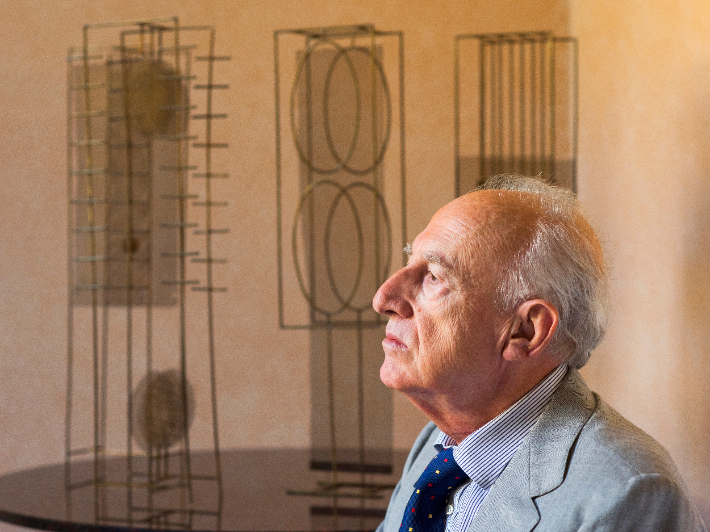 Maurizio Pollini, who is considered one of the world’s leading pianists, is coming to South Korea for the first time for two recitals next month.

The 80-year-old pianist will take the stage on May 19 and May 25 at Seoul Arts Center. Much anticipated by his fans, his 100-minute recital, titled “The Emperor of Piano: ‘Once in a Lifetime,” marks Pollini‘s Korea debut.

However, the upcoming recitals are also gaining attention for a different reason -- the exorbitant price tag. The most expensive seats in the R section are priced at 380,000 won ($307). R seats account for 35 percent of the concert hall’s 2,505 seats. A seats, costing 300,000 won each, make up about 24 percent of the available seats. The cheapest tickets are priced at 80,000 won.

Ticket prices for Pollini’s recitals differ from city to city. In Europe, tickets are usually priced at under 100 euros ($107). For example, the most expensive tickets at a recital in Belgium on April 30 cost 74 euros each. As the Italian pianist travels farther away from Europe, the ticket prices get more expensive. In New York, tickets for a recital at Carnegie Hall were priced at $50 to $165 on April 7, 2019.

According to an official of the organizer Mast Media last week, the ticket prices were set based on various factors, such as the transportation of the pianist’s instrument, a Steinway & Sons, as well as a top-class piano tuner who will travel with Pollini.

The concert, sponsored by Bulgari, an Italian luxury brand, will take place at Seoul Arts Center at 7:30 p.m. on May 19 and May 25.

Born in 1942 in Italy, Pollini attracted worldwide attention as winner of the sixth International Chopin Competition in Warsaw at the age of 18.

He has played as a soloist with the most prestigious orchestras and renowned conductors such as Claudio Abbado, Pierre Boulez and Simon Rattle. He has won various prestigious awards from the Praemium Imperiale Awards and the Royal Philharmonic Society Music Awards.