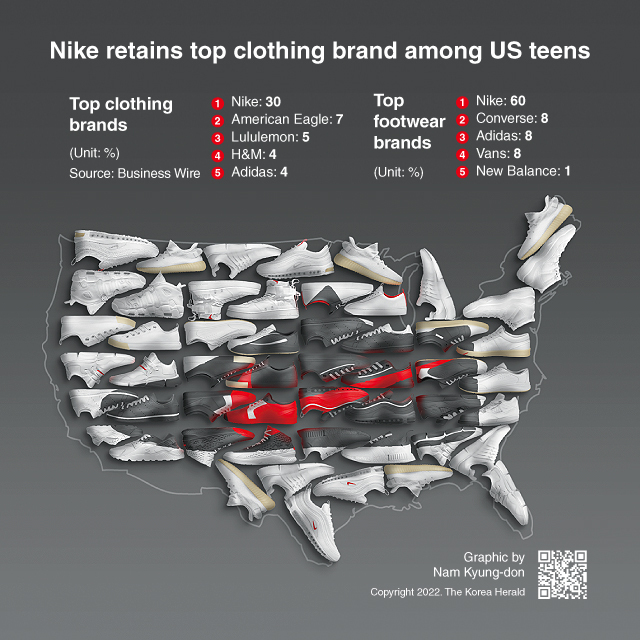 Nike has been named the top clothing brand among US teens for 11 consecutive years, according to a survey from Piper Sandler.