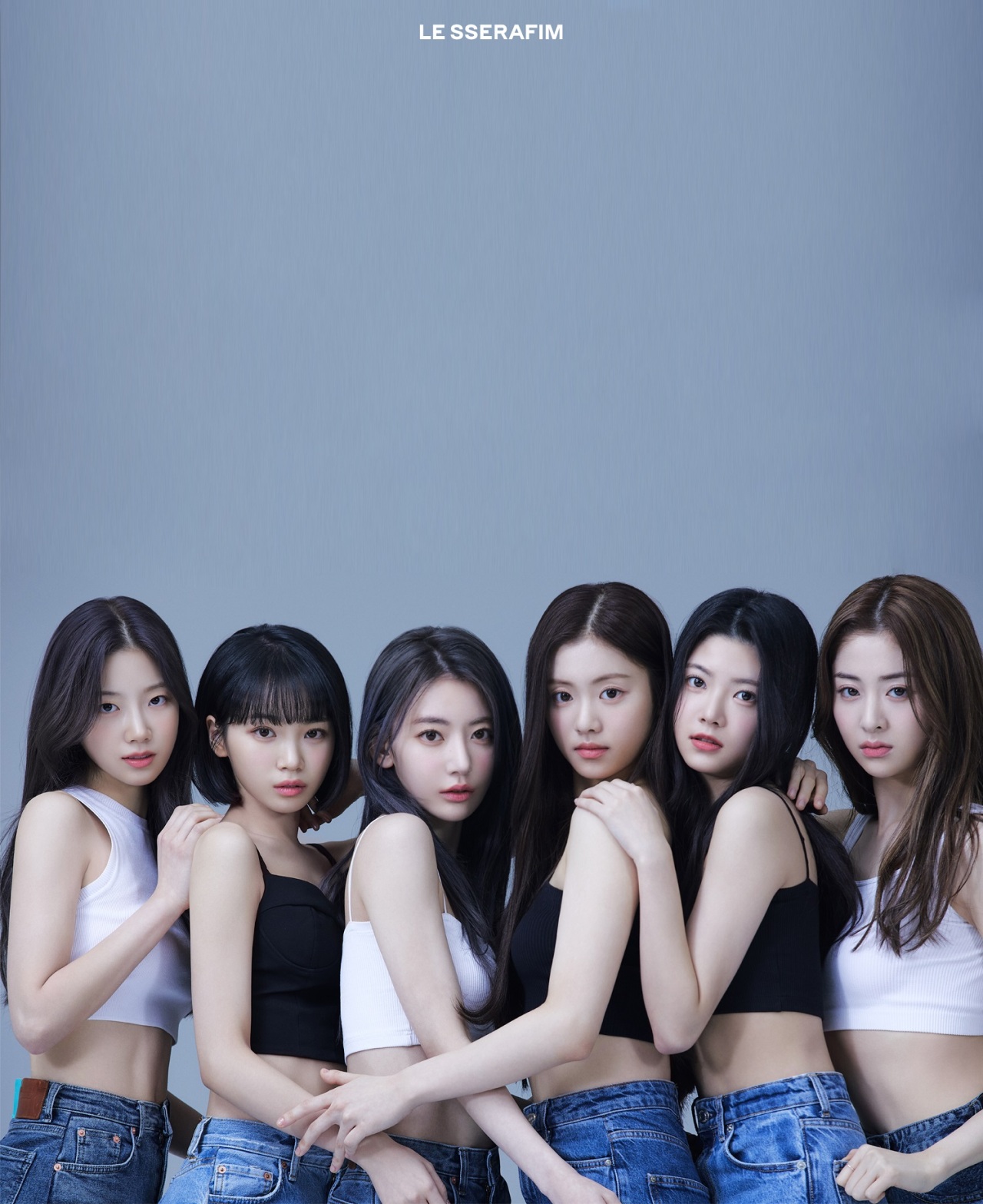 K-pop girl group Le Sserafim (Source Music)
Ahead of making its official debut, Le Sserafim, better known as Hybe’s first girl group, is at the center of the spotlight.

The six-piece group is set to debut on May 2 under Source Music, an affiliate label of Hybe Labels, as the first all-female act to be launched by the multi-label entertainment company.

On March 14, Hybe’s founder and chairman Bang Si-hyuk posted a picture of himself posing with the band’s two initial members, Sakura Miyawaki and Kim Chae-won, on his social media, hinting their debut was not far off.

On March 28, Source Music made it official that it will jointly launch a new girl group with Hybe, and that the group’s name will be Le Sserafim, an anagram of “I’m fearless.”

Expectations for their music are also high, as Bang will be executively producing their first album, “Fearless.” Often referred to as the mastermind behind BTS, the global K-pop boy band sensation, Bang holds over 20 years of experience as a composer and has created songs and contributed to the success of numerous K-pop groups.

Meanwhile, Source Music was acquired by Hybe -- then known as Big Hit Entertainment -- in July 2019. The two companies had previously partnered in 2012 and jointly launched the girl group Glam, which disbanded not long after in 2015. Popular girl group GFriend debuted under Source Music in January 2015, and had actively released albums and expanded their global fandom until their disbandment in May 2021.

Here’s a closer look at the six members set to debut as Le Sserafim: 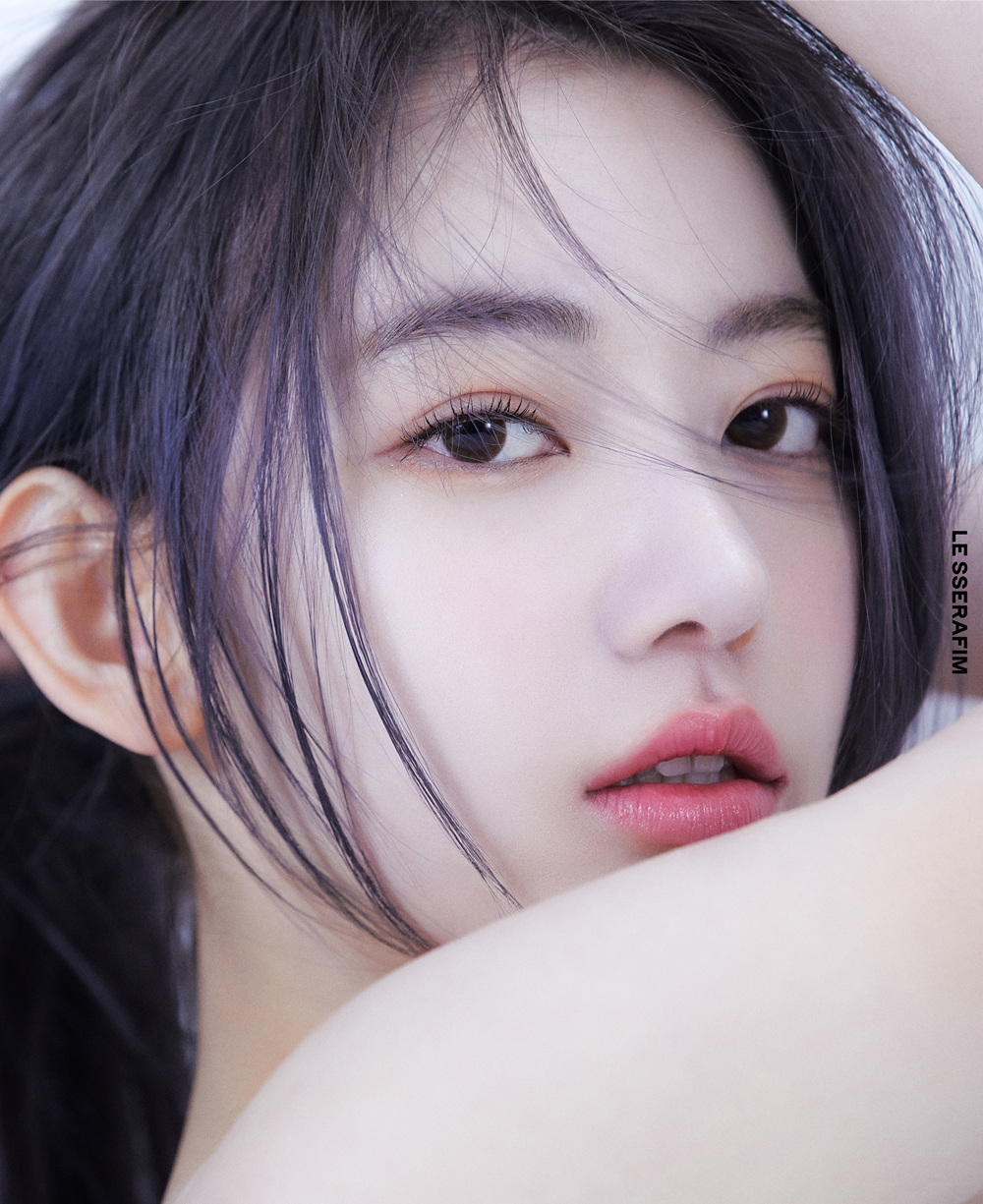 Sakura Miyawaki of Le Sserafim (Source Music)
Born in 1998 in Japan, Sakura is the eldest and most experienced member among Le Sserafim. She first made her name known in South Korea as a member of the project girl group IZ*ONE, which was formed through Mnet’s debut audition program “Produce 48.” She debuted in August 2018 as part of the dozen-member group, and was part of it until its disbandment in April 2021.

Her idol career started in 2011 in her home country as a member of Japanese girl group HKT48. Following the disbandment of IZ*ONE, she also left HKT48. In March 2021, local news outlets reported that Sakura was signing a contract with Hybe -- then known as Big Hit Entertainment. While Hybe did not confirm the reports at the time, it announced in November that Sakura had signed a deal with its affiliate label Source Music and was preparing to debut in its new girl group. 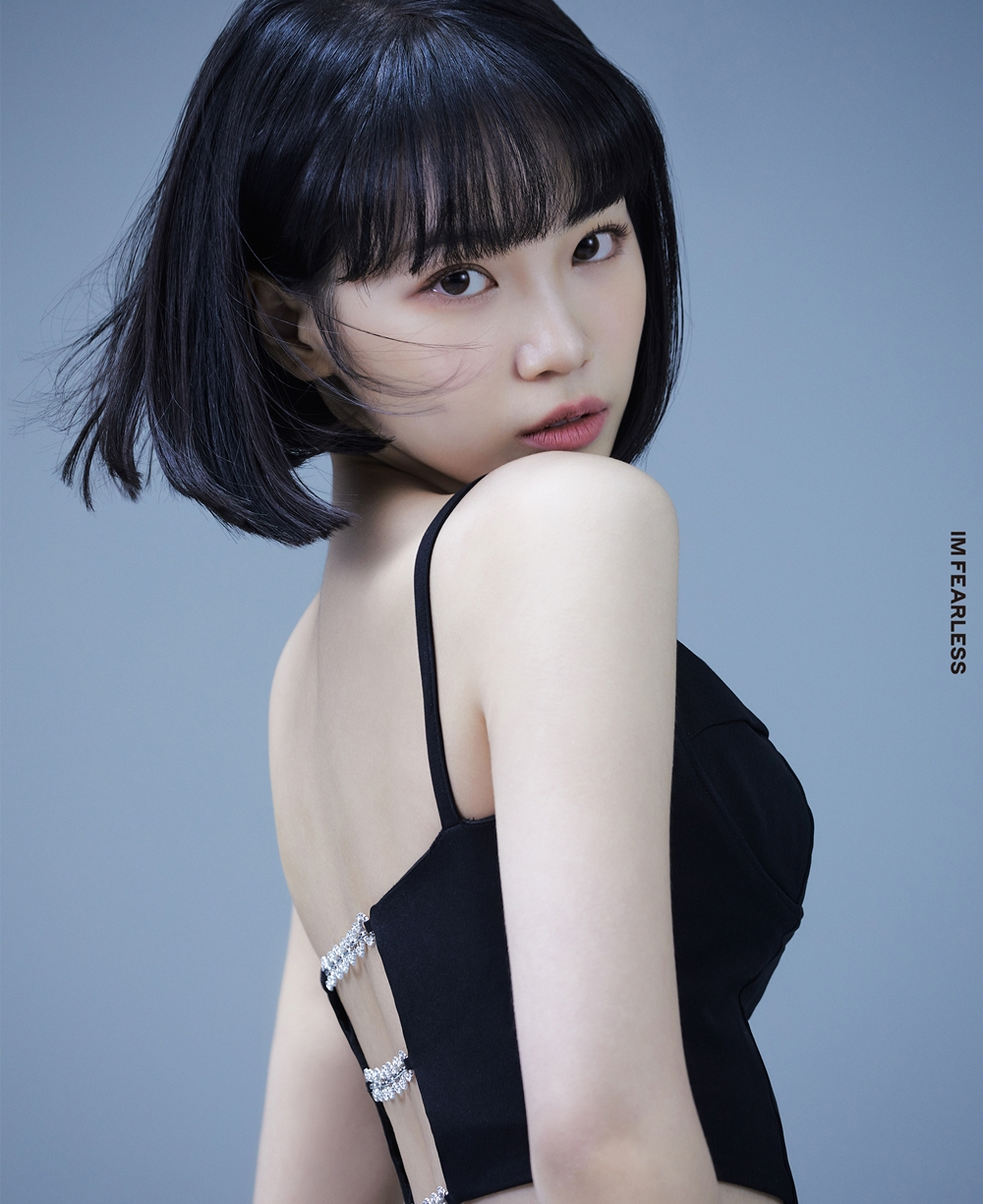 Kim Chaewon of Le Sserafim (Source Music)
Along with Sakura, Chaewon was also a member of IZ*ONE. Born in 2000, she set her foot into the K-pop scene through the project girl group.

With IZ*ONE’s disbandment, she left her former agency, Woolim Entertainment, where she had trained for 11 months before starring on “Produce 48.” She featured shortly on Woolim’s boy band Golden Child’s “Goldenness” music video prior to her debut.

Chaewon has been announced as the leader of Le Sserafim. She has proven herself as an all-rounder with unique vocals and flawless dancing through “Produce 48” and IZ*ONE. Many are expecting that she will do well as the team’s leader, with her calm yet bold personality. 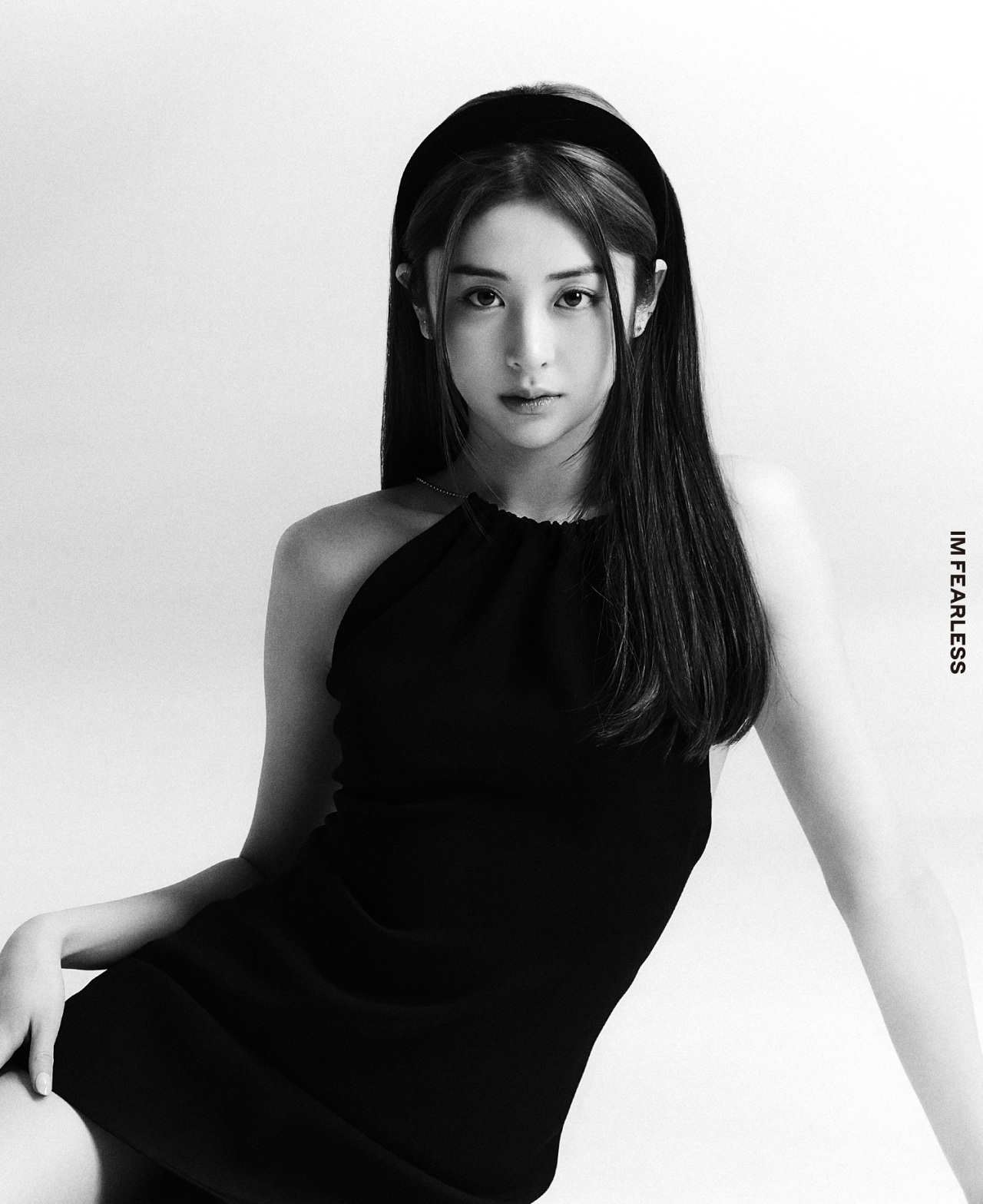 Huh Yunjin of Le Sserafim (Source Music)
Yunjin also competed in “Produce 48” as a trainee from Pledis Entertainment, finishing the show at No. 26.

Although she failed to get into the final twelve, Yunjin was a strong contestant throughout the twelve episodes, with her outstanding visuals, tall height and powerful vocals.

Born in 2001 in South Korea, Yunjin flew to the US when she was eight months old. She had been living in New York before returning to Korea to pursue a singing career. She joined Pledis through an audition conducted in New York in 2017, and trained for around six months before making her TV debut through the Mnet survival program.

Based on her performance in “Produce 48,” along with her experience as a mezzo-soprano in high school, Yunjin is anticipated to be one of the main vocalists of Le Sserafim. 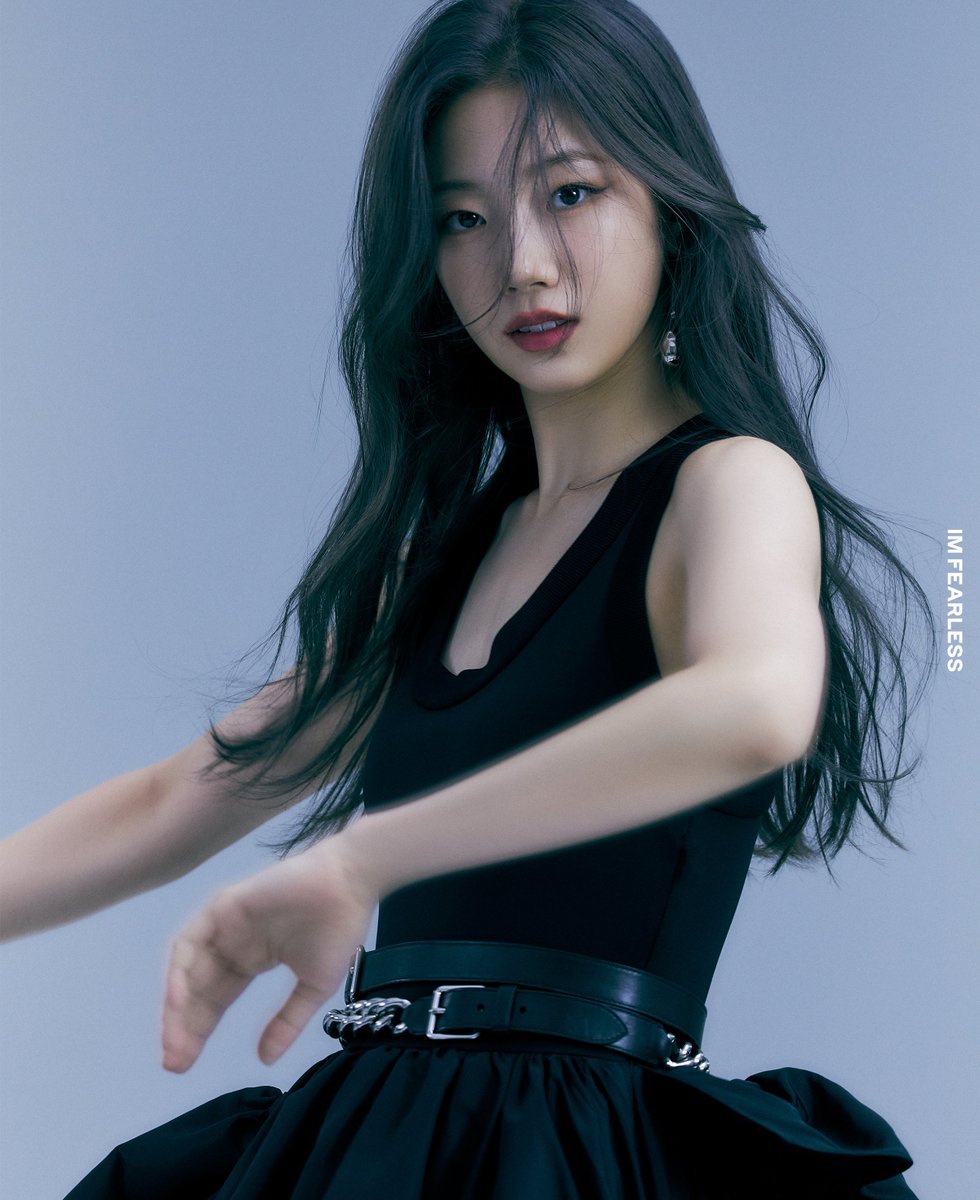 Kazuha Nakamura of Le Sserafim (Source Music)
A fresh rookie debuting under Source Music, Kazuha is no stranger to the stage and spotlight.

Born in 2003, Kazuha has spent most her life as a professional dancer before training to become a K-pop idol, according to numerous sources online.

She reportedly trained at one of the world’s top ballet institutions, the Bolshoi Ballet Academy in Russia and the Royal Ballet School in the UK. In 2020. She joined the prestigious Dutch National Ballet Academy in the Netherlands, but did not finish her education there.

While Kazuha has been revealed as the rapper of the six-member group, the teaser video dropped by Hybe shows her dancing ballet. It can be assumed that she will play a big part in the band’s performances. 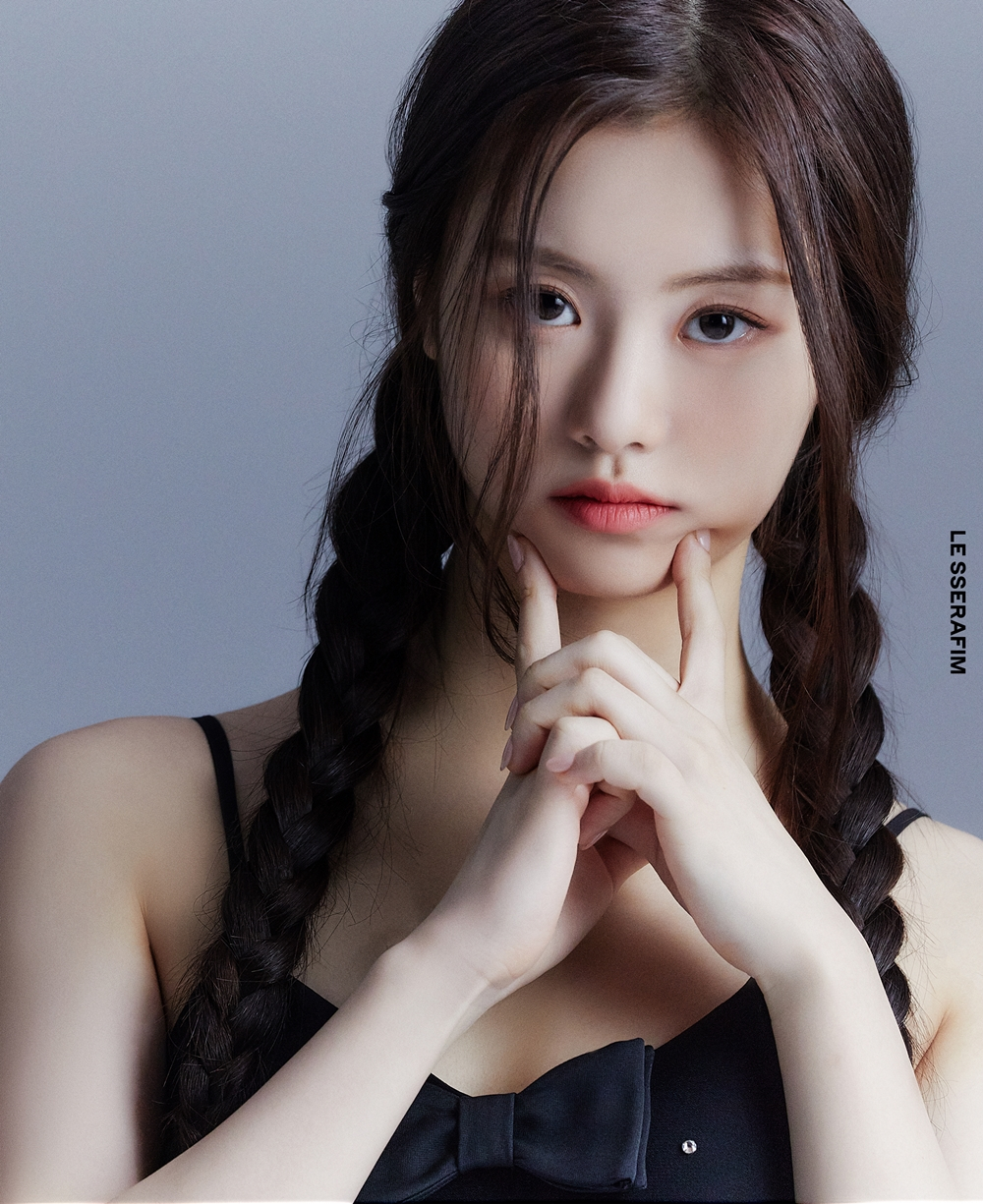 Kim Garam of Le Sserafim (Source Music)
Garam is setting her foot into the K-pop scene for the first time with Le Sserafim. Not much is known about her.

Born in 2005, Garam is currently attending the Seoul Performing Arts High School, from which many K-pop idols have graduated.

Meanwhile, after Garam’s debut was announced, she was mired in a series of accusations of school bullying. Hybe released a statement about the rumors, officially denying the alleged violence and warned of legal actions against false accusations. The label elaborated that, based on a third-party statement, Garam was the victim of school violence and not the assailant. 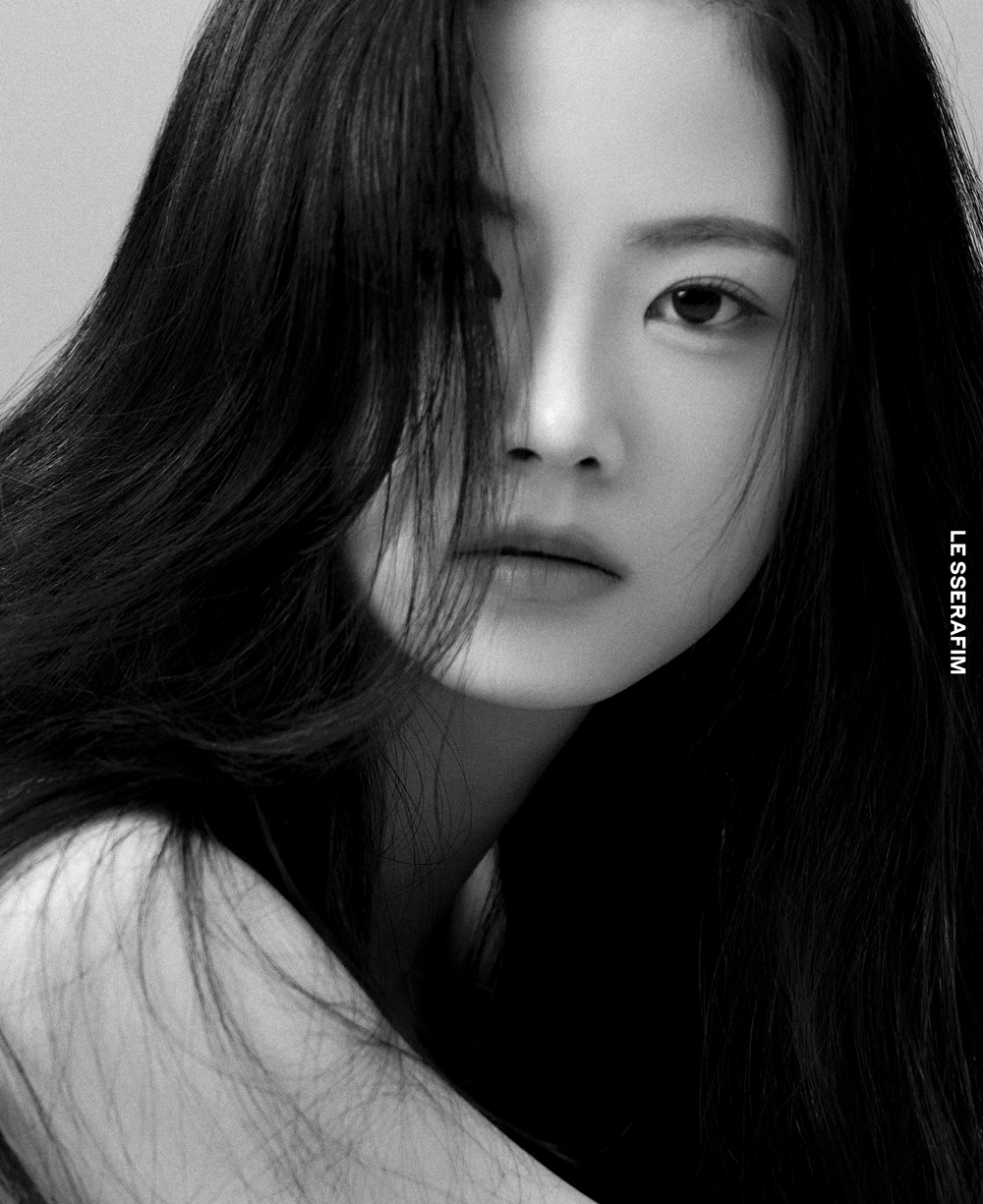 Hong Eunchae of Le Sserafim (Source Music)
The youngest of the group, Eunchae was born in 2006.

She joined Source Music in January 2021 through an audition at a dance academy and is finally debuting after a year and three months of training.

Eunchae seems to have trained to become a K-pop idol for few years, having auditioned for JYP Entertainment and Pledis Entertainment in the past as well. She is also known to be friends with members of fellow K-pop idol groups, including Huening Bahiyyih from Kep1er and Haruna from Billlie.