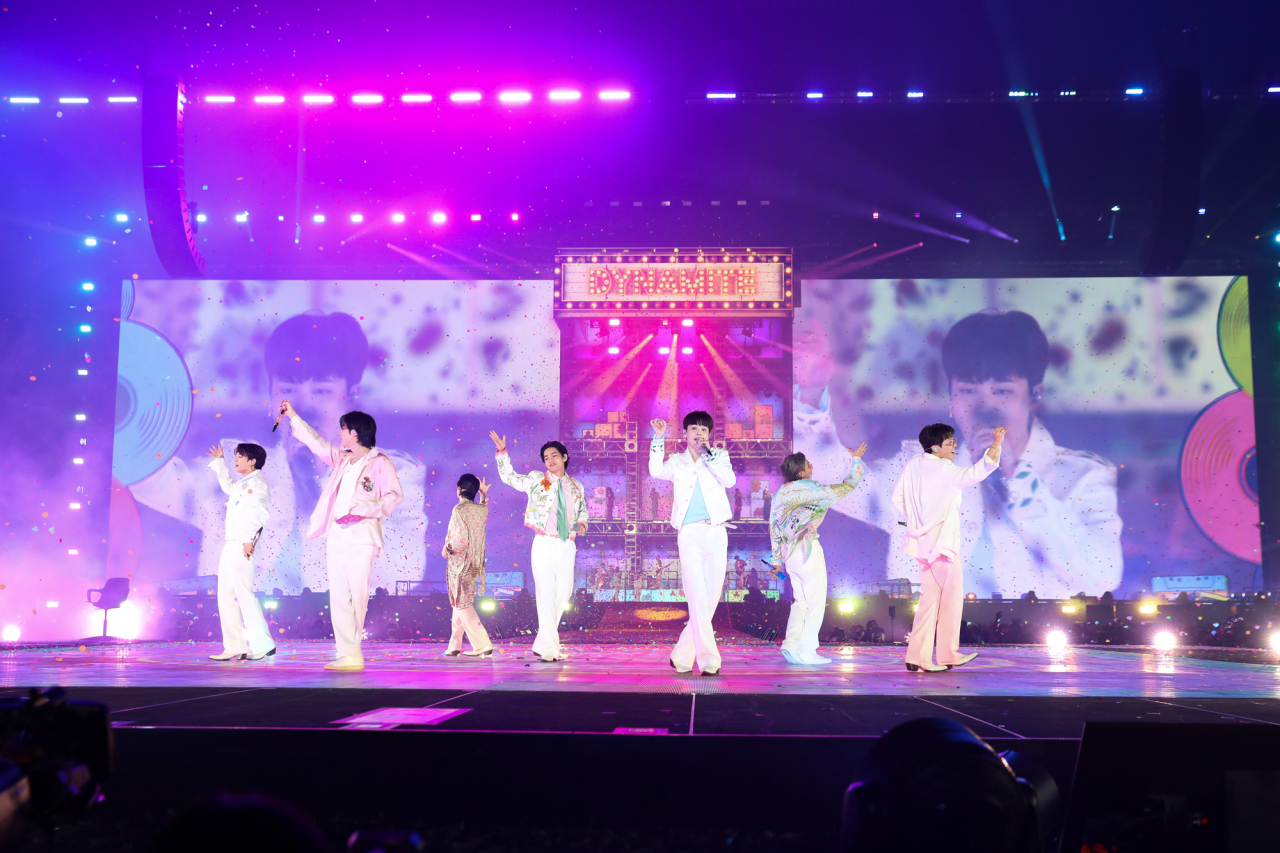 During the four “Permission to Dance on Stage - Las Vegas” shows on April 8-9 and Friday and Saturday at Allegiant Stadium, nearly 200,000 fans -- 50,000 attendees per session -- showed up to the sold-out concerts.

It was also estimated that a total of 22,000 people gathered at the MGM Grand Garden Arena in Las Vegas, where the concerts were broadcast in real time through a large screen over those four days, the data showed.

About 402,000 people from 182 countries and regions watched the seven-member act’s last show through Weverse, the fan community platform run by Hybe.

“According to Allegiant Stadium, BTS has been the one and only music act that has performed solo concerts at the venue four times in a row and attracted 200,000 people through four sessions of the show,” Big Hit officials said.

At the Las Vegas concert, the boy band performed its major hit songs, including “On,” “Fire,” “Dope” and “Blood Sweat & Tears.” The show focused on changing the stage’s backgrounds to highlight the performances, while minimizing props and effects, the officials added.

“Permission to Dance on Stage” was launched last October in Seoul through a livestreamed show, before being held as in-person concerts in Los Angeles in November and December and again in Seoul in March. The concert series wrapped up with the Las Vegas leg this month.

The accumulated number of audiences who enjoyed the concert series, which was held 12 times across all formats including online and offline performances, surpassed 4 million, the officials said.

Meanwhile, BTS is set to release a new album on June 10, according to the label. June 10 is the date of the group’s debut in 2013. It will mark the band’s return in nearly a year since the song “Permission to Dance” was released in July last year. Details on the upcoming album will be announced, the officials added.