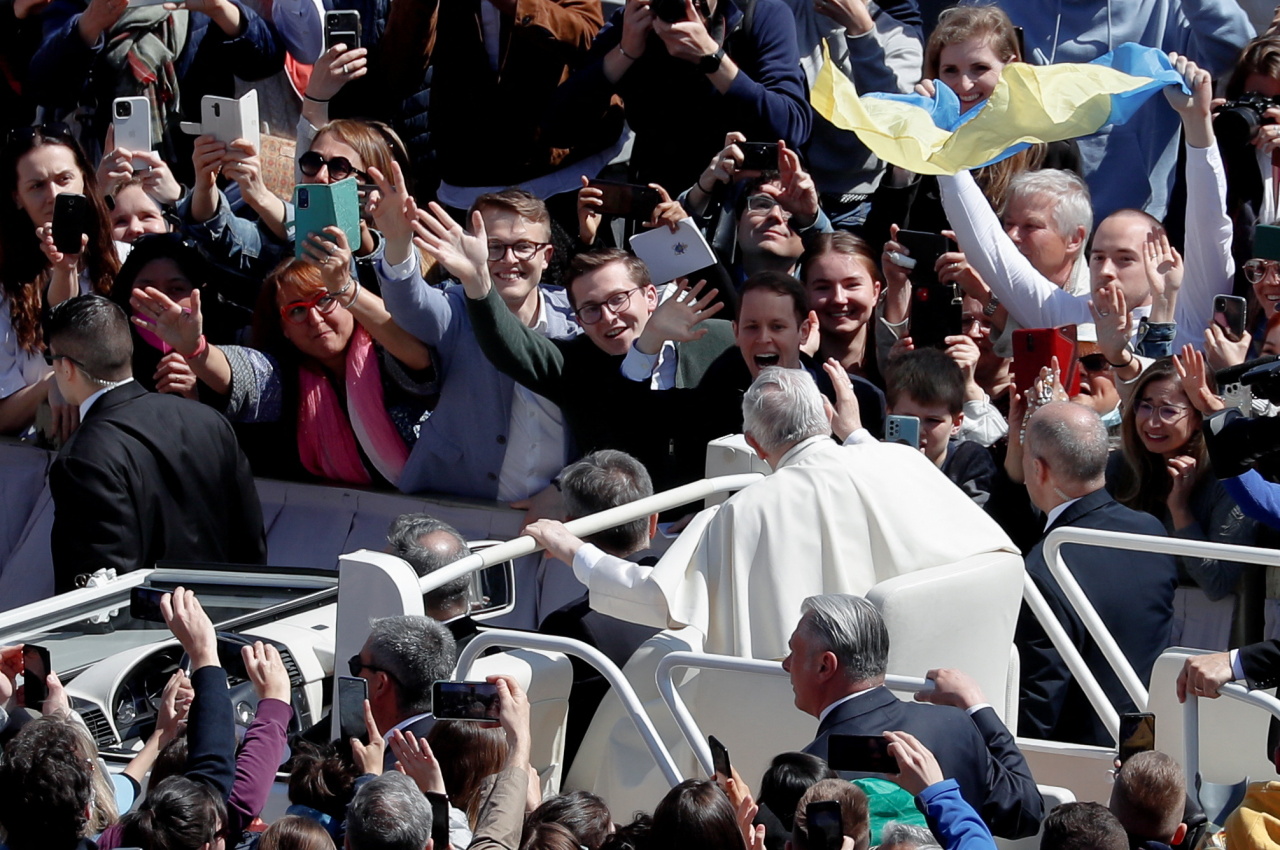 A man holds up a Ukrainian flag while Pope Francis greets the faithful as he rides in his Popemobile through Saint Peter`s Square, after celebrating the Easter Mass at the Vatican, Sunday. (Reuters-Yonhap)

VATICAN CITY -- Pope Francis on Sunday called for peace in Ukraine during this "Easter of war" as he delivered the traditional Easter Sunday Urbi et Orbi address on St. Peter's Square at the Vatican.

"May there be peace for war-torn Ukraine, so sorely tried by the violence and destruction of the cruel and senseless war into which it was dragged," the pontiff said.

"Our eyes, too, are incredulous on this Easter of war," he said. "May the leaders of nations hear people's plea for peace."

"Let there be a decision for peace. May there be an end to the flexing of muscles while people are suffering.

"Our hearts, too, have been filled with fear and anguish, as so many of our brothers and sisters have had to lock themselves away in order to be safe from bombing," Francis said.

The pontiff pointed that two years of the coronavirus pandemic had taken "a heavy toll."

"It was time to come out of the tunnel together, hand in hand, pooling our strengths and resources. Instead, we are showing that we still have within us the spirit of Cain, who saw Abel not as a brother, but as a rival, and thought about how to eliminate him."

Francis said he held "in my heart all the many Ukrainian victims, the millions of refugees and internally displaced persons, the divided families, the elderly left to themselves, the lives broken and the cities razed to the ground.

"I see the faces of the orphaned children fleeing from the war."

And he continued: "May the conflict in Europe also make us more concerned about other situations of conflict, suffering and sorrow, situations that affect all too many areas of our world, situations that we cannot overlook and do not want to forget." (AFP)