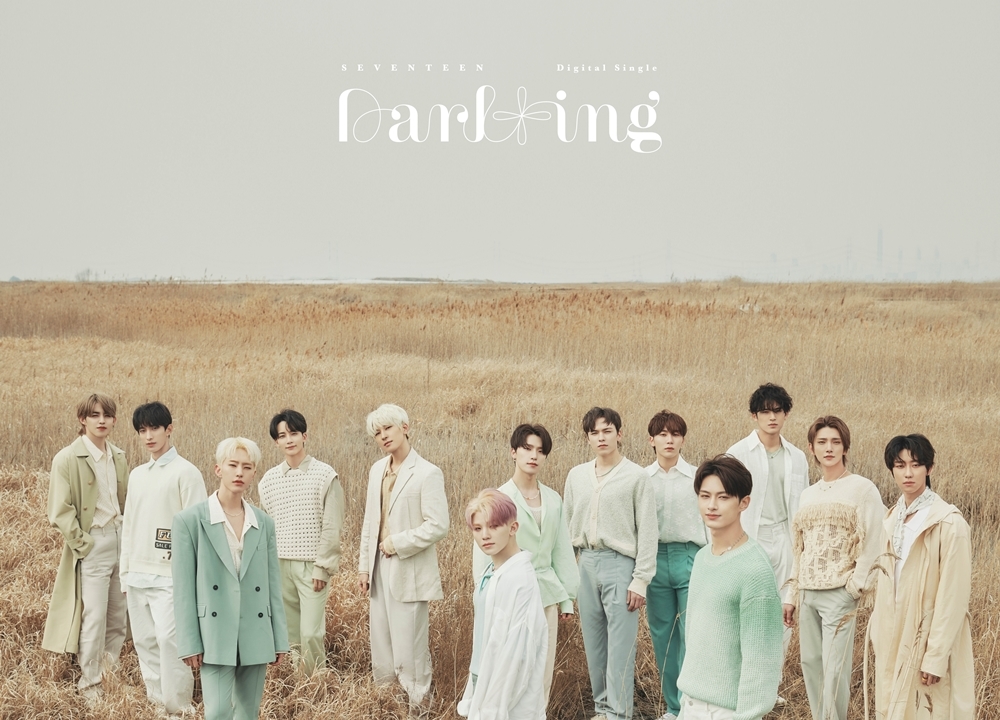 US music magazine Billboard took note of the 13-member act’s latest release, calling it “a touching song that acts as a love letter and shows appreciation to their dedicated fanbase.”

“For Seventeen, doing the work of recording in another language isn’t just about making a global crossover, but about making a deliberate gesture,” wrote Natalie Morin, in a feature interview article for US music publication Rolling Stone.

Teen Vogue, an online US publication, also conducted an interview with Seventeen. In it, Teen Vogue’s Sara Delgado wrote, “’Darl+ing’ serves as the starting point for Team Seventeen, a project the act unveiled in March after their sixth Caratland fan meeting. It is also the prelude for Seventeen’s long-anticipated fourth full-length album.”

“Darl+ing” is a pop genre song that features an addictive chorus and unique synth sounds. It was co-written and co-composed by Woozi, a vocalist of the band, with singer-producer Bumzu.

While the song tells a new story to Carat, the name of Seventeen’s global fans, the use of the plus sign in the song’s title has a meaning of “Being united as one only when we are together,” according to the band’s agency Pledis Entertainment.

The boy band also swept online music charts both at home and abroad shortly after the digital single’s release.

“Darl+ing” landed at the top of the iTunes top song charts in 34 regions, including Singapore, the Philippines, Egypt and Indonesia. The single also topped real-time charts on Japan’s Line Music and Mo-mu.

Meanwhile, Seventeen appeared on MTV’s “Fresh Out Live,” a weekly pop culture show in the US, performing “Darl+ing” for the first time on Friday.

It marked the boy band’s third time on the show, following their performances of the songs “Ready to Love” and “Rock with You” last year.