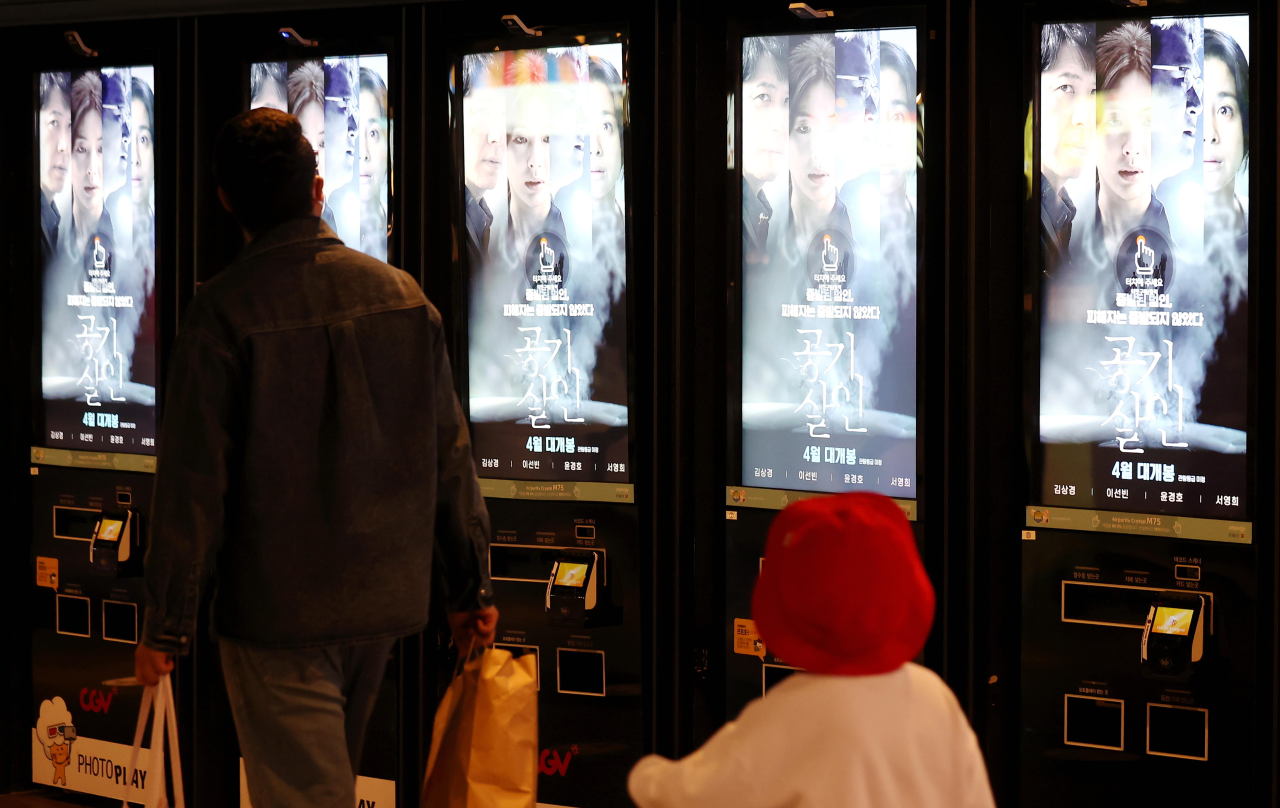 Film posters on display at a multiplex cinema in Seoul on April 4 (Yonhap)
As part of a new post-COVID-19 scheme, audience number limits will be lifted starting Monday, according to the Culture Ministry. The change is expected to revitalize the performing arts and theater sectors hit hard by the pandemic.

Food consumption inside all cultural facilities, including movie theaters, indoor sports stadiums and religious facilities will be allowed starting April 25.

Masks should still be worn at all times both indoors and outdoors, before and after eating or drinking.

Musical performances and plays are preparing to make all seats available for audiences.

The National Theater of Korea will abolish the current one-seat-apart social distancing rule starting with Tuesday’s ticket reservations. This will allow all seats to be occupied starting during June performances.

At the Sejong Center for the Performing Arts, all seats will open up starting Monday.

A multiplex cinema official predicted that Korean films that have postponed their releases will be confirming their release schedules as the lifting of limits on the number of audiences will lead to greater ticket sales.

Meanwhile, the Culture Ministry has advised against holding standing performances and asked audiences to avoid chanting and singing out loud during performances.