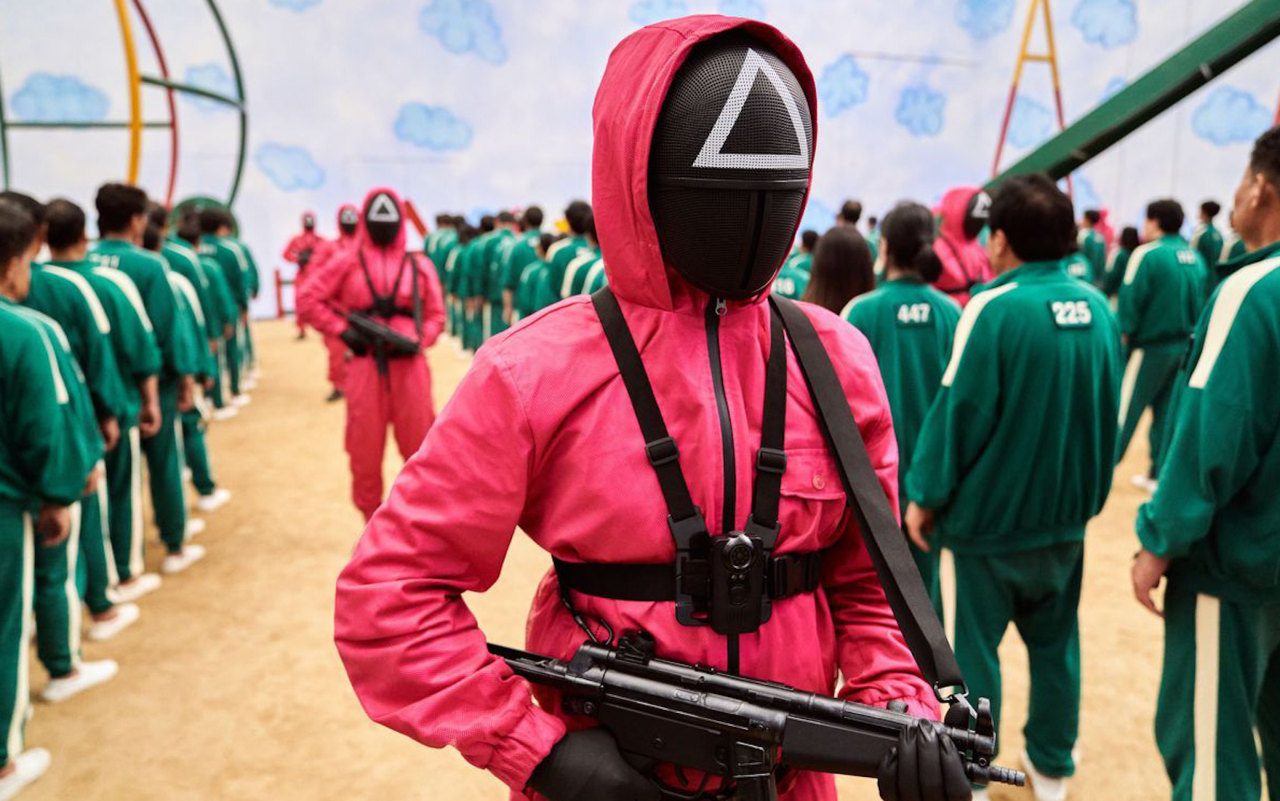 A screen capture of "Squid Game" (Netflix)
Netflix’s South Korean arm raked in 631.7 billion won ($513 million) in revenue through 2021, up 52 percent from a year prior, a filing showed Friday.

The platform’s blockbuster performance in Korea reflects its increasing clout over the streaming service market here, largely thanks to Korean-language hits such as “Squid Game” and “Hellbound.” It also however highlights the “network usage fee” debate in Korean court and parliament.

According to the filing with the Financial Supervisory Service, over 99 percent of Netflix Services Korea’s income came from monthly subscription fees excluding value added tax.

The content provider’s profit margin, however, remained narrow as most of the earnings went to its parent in the form of distribution fees. Such payments amounted to 516.6 billion won, taking up almost all cost of goods sold, the filing showed. The 2021 figure rose over 60 percent on-year.

As a result, Neflix’s operating profit in Korea came to 17.1 billion won. Profit rose nearly 95 percent from the previous year, and accounted for 2 percent of the revenue.

The banner year for Netflix comes as it faces an ongoing legal battle with local internet service provider SK Broadband over whether the streaming service responsible for heavy network traffic should shoulder usage costs.

In June 2021, a district court in Korea gave SK Broadband an upper hand, in the first ruling in the world over which party is responsible for cost surges stemming from network bottlenecks. The Seoul High Court commenced the appeals trial of the Netflix-SK Broadband case in March.

In addition, the National Assembly could also enact a law forcing global content providers like Google, Netflix and Meta to pay for heavy network traffic they created. A government study in 2020 showed that the three global internet giants were responsible for a third of the total network traffic in Korea. The revision, if passed, will become the first such law in the world.

The revision of the Telecommunications Business Act would standardize obligations for content providers at home and abroad in paying network fees. Korean content providers like Naver and Kakao are required to pay such costs to internet service providers here.

The National Assembly’s standing committee dedicated to science and communications is poised to put a revision bill to the table next week.

Dean Garfield, vice president of public policy at Netflix, recently canceled his travel plans to Korea to discuss the matter with lawmakers here.