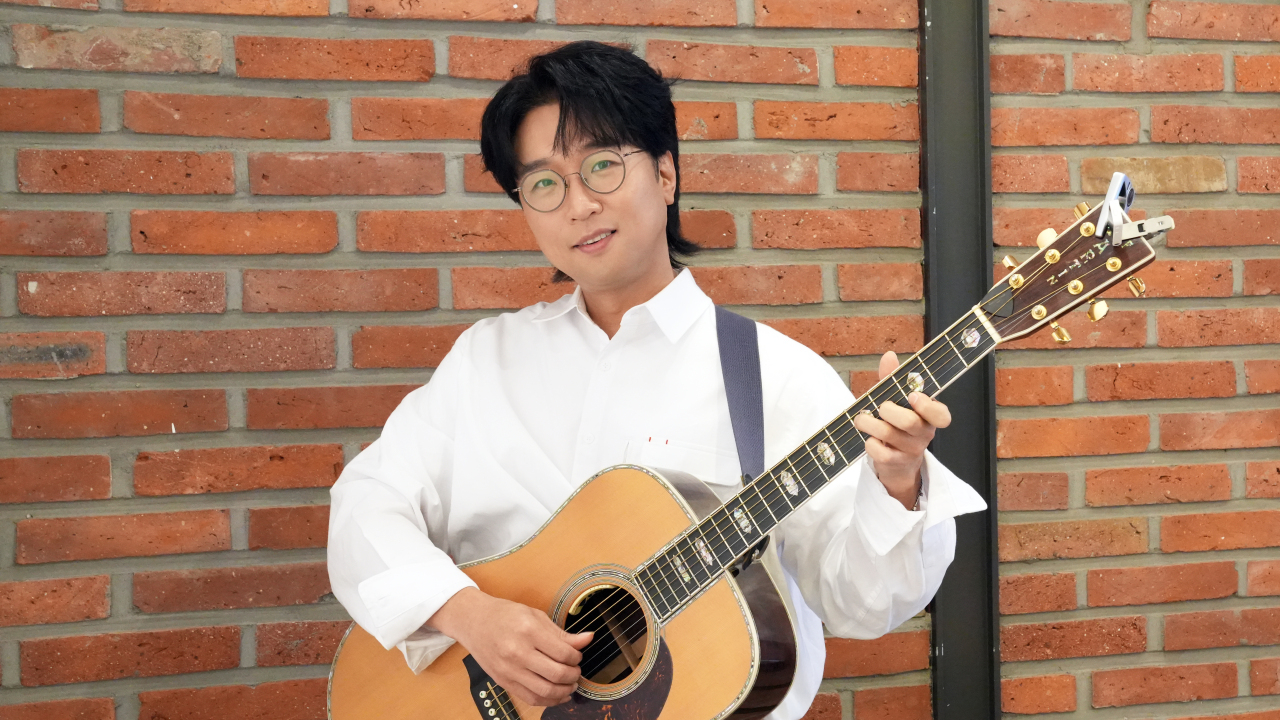 Singer-songwriter Bak Chang-geun poses for photos during an interview with The Korea Herald at Herald Square in Seoul, last week. (Kim Su-hyeon/The Korea Herald)
There are still many talented singers out there who have not received the public’s attention yet. A few local broadcasters have introduced “new” singers by giving them a chance to be known through TV competitions.

It took about 23 years for singer-songwriter Bak Chang-geun, the winner of TV Chosun’s “Tomorrow’s National Singer,” to get the spotlight. Although he struggled working over the last two decades as an unknown singer, his passion for music kept him going. 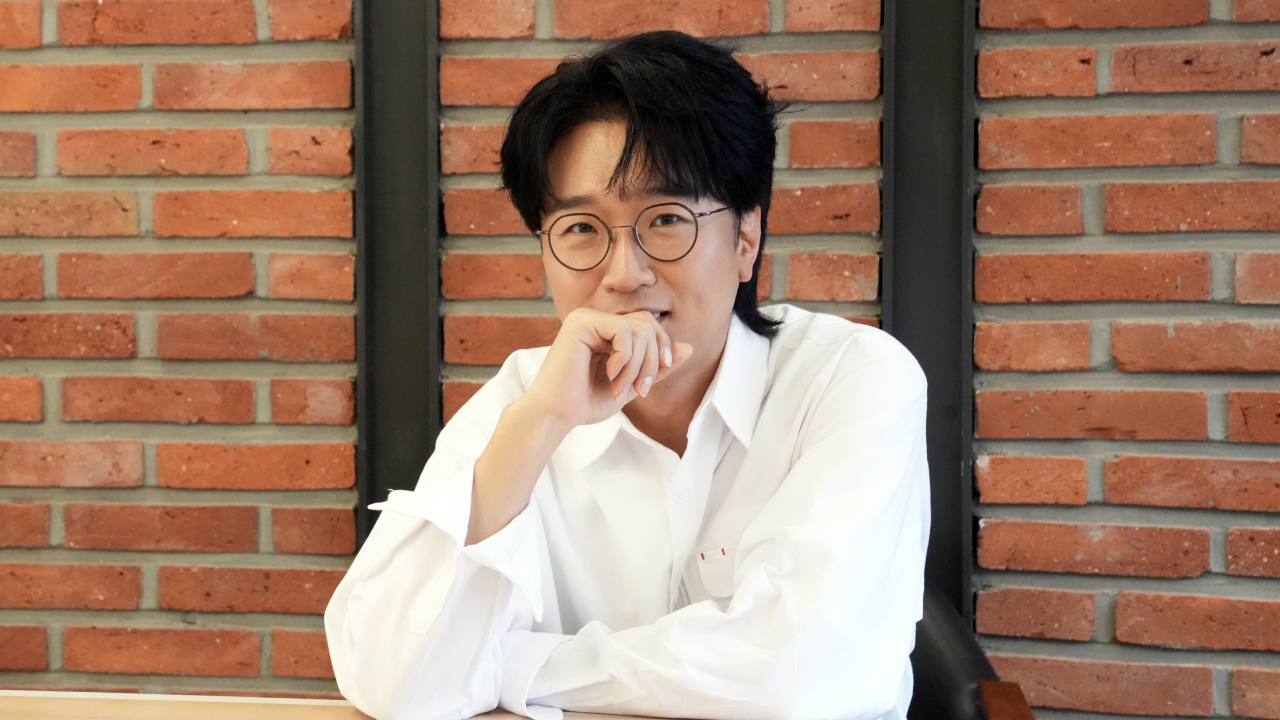 Singer-songwriter Bak Chang-geun poses for photos during an interview with The Korea Herald at Herald Square in Seoul, last week. (Kim Su-hyeon/The Korea Herald)
The 49-year-old musician released his first full-length album, “Anti Mythos,” in 1999. So far, the artist has dropped four studio albums, an EP, a repackaged album and six singles. Before he signed up with an agency following his win last year, he had been part of every step of the music-making process -- from writing and composing songs, playing instruments and arrangement to mixing and the album package design, he said.

Bak jumped into the music scene in 1993 as part of indie folk duo Here We Are, performing at university festivals and local fairs. Until he won recognition through the TV competition last year, he called himself a “street singer” or “bedroom artist.”

“I have been able to tell my story and form a bond with listeners by being creative and expressive through songs. (Music) has also been a tool for me to bury the hatchet. I couldn’t let it go although I was very unknown and struggled to live as an ‘outsider,’” he said, thanking his mom for her endless support and love for his dream. 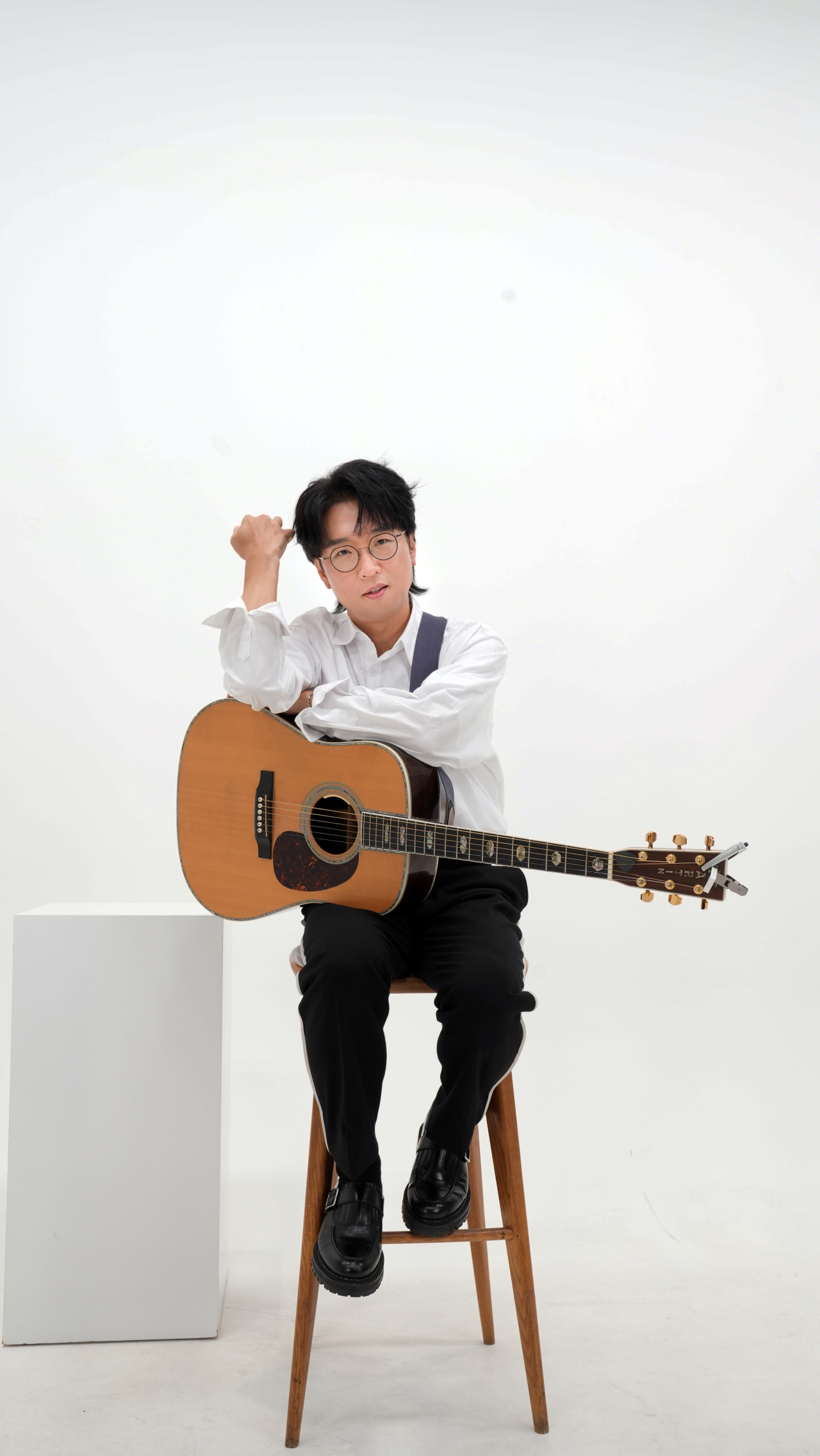 Singer-songwriter Bak Chang-geun poses for photos during an interview with The Korea Herald at Herald Square in Seoul, last week. (Lee Ji-min/The Korea Herald)
Without his role model, Canadian American singer-songwriter Neil Young, Bak probably would not have chosen folk music as his genre. He learned how to play the guitar and harmonica in his early 20s. Along with his gentle and captivating voice, the instruments have become his “signature items.”

“Folk music is like a poet working on poems, and it felt most like me. Since it focuses more on lyrics than any other genre, I can deliver my thoughts more intensely. When the lyrics harmonize with the right rhythms and sounds, (folk) becomes very attractive,” Bak said. But he stressed that he is open to other kinds of music as well.

The singer-songwriter further shared his belief that a song can change a person’s life, while highlighting the importance of sharing emotions with fans. He also hoped his songs could be a “channel for communication” to warm listeners’ hearts.

“We are all the main characters in our own life story, yet a lonely existence. Just like my (old) desire to be healed and consoled by songs by many good artists such as Neil Young, I wish my vocals and songs can touch their souls, too. My ultimate goal is to be remembered as a musician who can comfort listeners’ hearts,” he said.