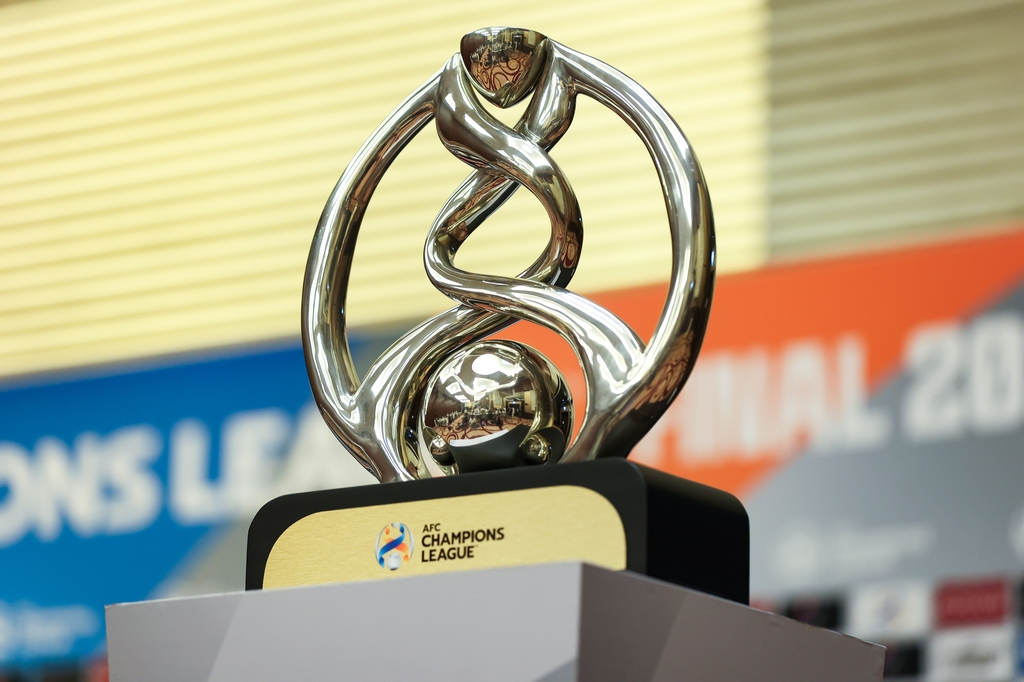 The South Korean football leaders Ulsan Hyundai FC will be among four teams from the country to begin their pursuit of the Asian club title this week, with six matches on the horizon over the next two weeks.

The group stage at the Asian Football Confederation (AFC) Champions League for the East Region, covering teams from South Korea, Japan, China, Australia and Thailand, among others, will kick off Friday. The preliminary action for the West Region, which includes clubs from the likes of Qatar, Saudi Arabia, Iran, Iraq and Uzbekistan, began last Thursday.

There are 10 groups of four. The 10 group winners will advance to the round of 16, along with three-best runners-up from each of the two regions.

South Korea's K League has won the most AFC club titles with 12 since the competition began in 1967. Ulsan Hyundai FC were the most recent champions in 2020, and they will make their 10th appearance this year.

Ulsan, which currently lead the K League 1, will be joined by Jeonbuk Hyundai Motors and Daegu FC from the top league, and by Jeonnam Dragons from the second-tier K League 2.

To prevent the spread of COVID-19, all group matches will be played in centralized locations, with teams playing each other twice.

Ulsan are in Group I, up against the 2021 Japanese league champions Kawasaki Frontale, Guangzhou FC from China and Johor Darul Ta'zim from Malaysia. All Group I matches will be in Johor Bahru in southern Malaysia from Friday to April 30.

Ulsan will open their title bid against Kawasaki, in a matchup of two current leaders in the top South Korean and Japanese leagues. Ulsan knocked off Kawasaki on penalties in the round of 16 last year, after the teams were scoreless after 120 minutes of action.

Johor will be playing every group match at their home, Sultan Ibrahim Stadium. They are the eight-time defending Malaysian Super League champions.

Guangzhou will send a team of backups, as they did in 2021. Their reserves lost all six group matches at last year's AFC Champions League by a combined score of 17-1.

Jeonbuk, the five-time defending K League 1 champions and two-time AFC winners, will face Yokohama F. Marinos of Japan, Sydney FC of Australia and Hoang Anh Gia Lai of Vietnam in Group H. Their matches will take place in Ho Chi Minh City from Saturday to May 1.

Jeonbuk, in the AFC competition for the 15th time, will renew their rivalry with Yokohama and Sydney after facing the two clubs in last year's group stage. In 2021, Jeonbuk had a win and a draw versus Sydney, but lost twice to Yokohama.

Yokohama qualified for this year's AFC tournament by finishing as the J1 League runners-up last year. They are in second place this season, too, and are leading the domestic league with 17 goals in 10 matches.

Daegu FC will play in Group F against Shandong Taishan of China, Urawa Red Diamonds of Japan and Lion City Sailors of Singapore. The Thai city of Buriram will be the centralized host for Group F action from Friday to April 30.

Daegu will be playing in the AFC Champions League for the third time, after getting past Buriram United on penalties in a playoff match last month.

Shandong accomplished a Chinese double last year by winning the Super League and the FA Cup titles, but they will send a reserve squad to Thailand without many of their regular players. Shandong's South Korean midfielder Son Jun-ho, a former K League 1 MVP, is unlikely to make the trip.

Jeonnam became the first K League 2 club ever to qualify for the AFC tournament after capturing the FA Cup title in December. They will face Melbourne City of Australia, BG Pathum United of Thailand and United City of the Philippines in Group G. Pathum Thani, north of Bangkok, will host all Group G games from Friday to April 30.

Melbourne City will make their AFC Champions League debut as the 2021 A-League champions. They are leading their domestic league this season, too. (Yonhap)