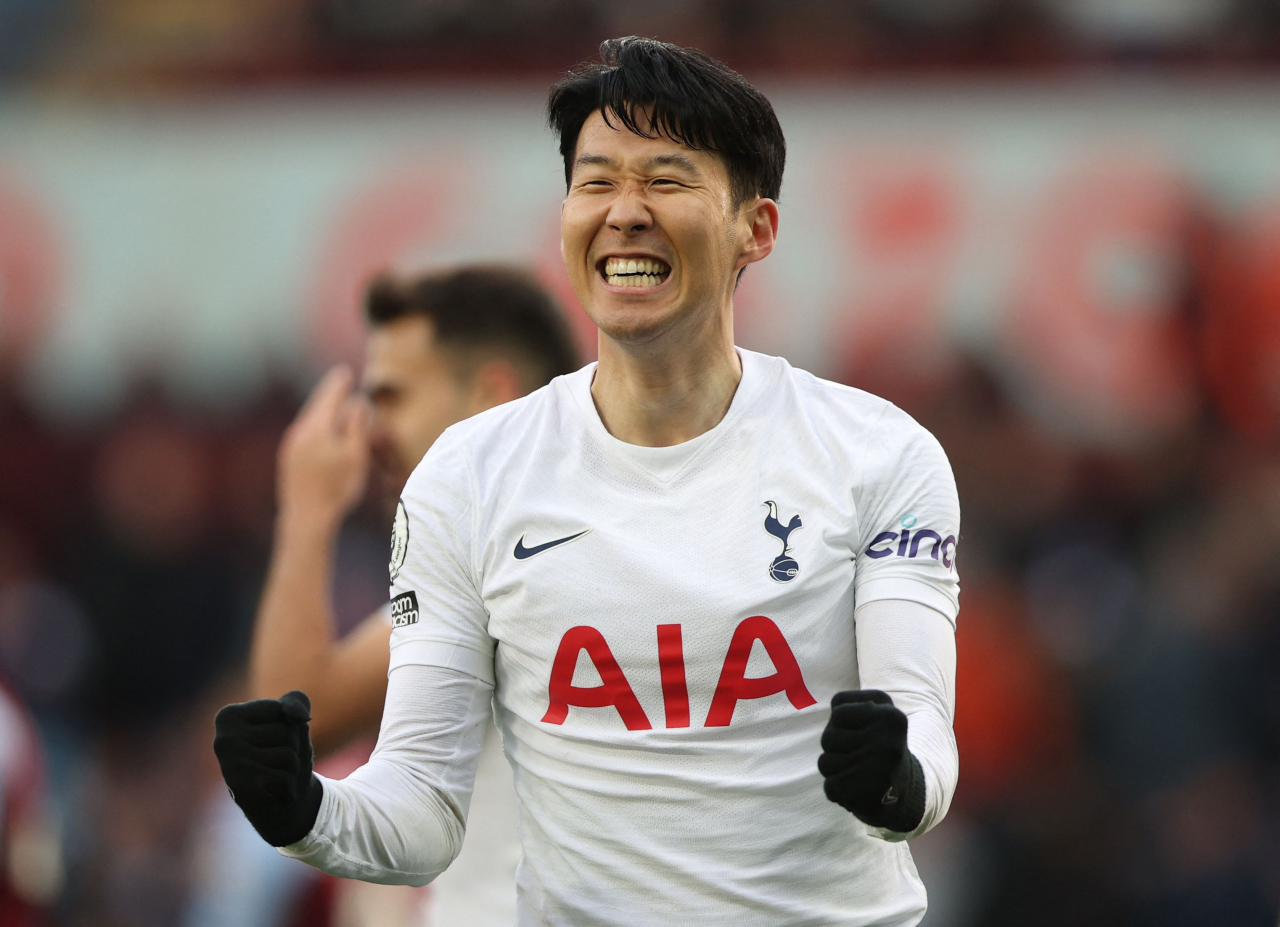 In this Reuters photo, Son Heung-min of Tottenham Hotspur celebrates his goal against Aston Villa during the clubs' Premier League match at Villa Park in Birmingham, England, last Saturday. (Reuters)

Tottenham have built a strong fan base here thanks to the exploits of their South Korean star, Son Heung-min. The national team captain leads the North London club with 17 goals this season. He scored his second career Premier League hat trick against Aston Villa on Saturday.

The match will be part of the "Coupang Play Series," organized by Coupang Play, a South Korean streaming service and the K League's comprehensive marketing partner.

Under a deal signed Tuesday, Coupang Play will have exclusive new media rights to the K League through 2025 and will also work with the league on content development, promotion and merchandising. (Yonhap)