Cover image of the web novel “Sixth Sense Kiss” (left) and a still image of the Disney+ adaptation (Naver Series, Disney+)
While webtoon-based drama series such as Netflix’s “Hellbound” and “All of Us Are Dead” drew viewers’ attention and brought global success to content creators, web novels are poised to become the next major source for other multimedia content.

A web novel is a written work available primarily on the internet.

The web novel, written by author Got W, centers around a young woman Ye-sul, who has the special ability to glimpse the future when she kisses someone. “Sixth Sense Kiss” has 732,563 subscribers and drew 29.3 million cumulative views on Naver Series’ global platform as of Wednesday. 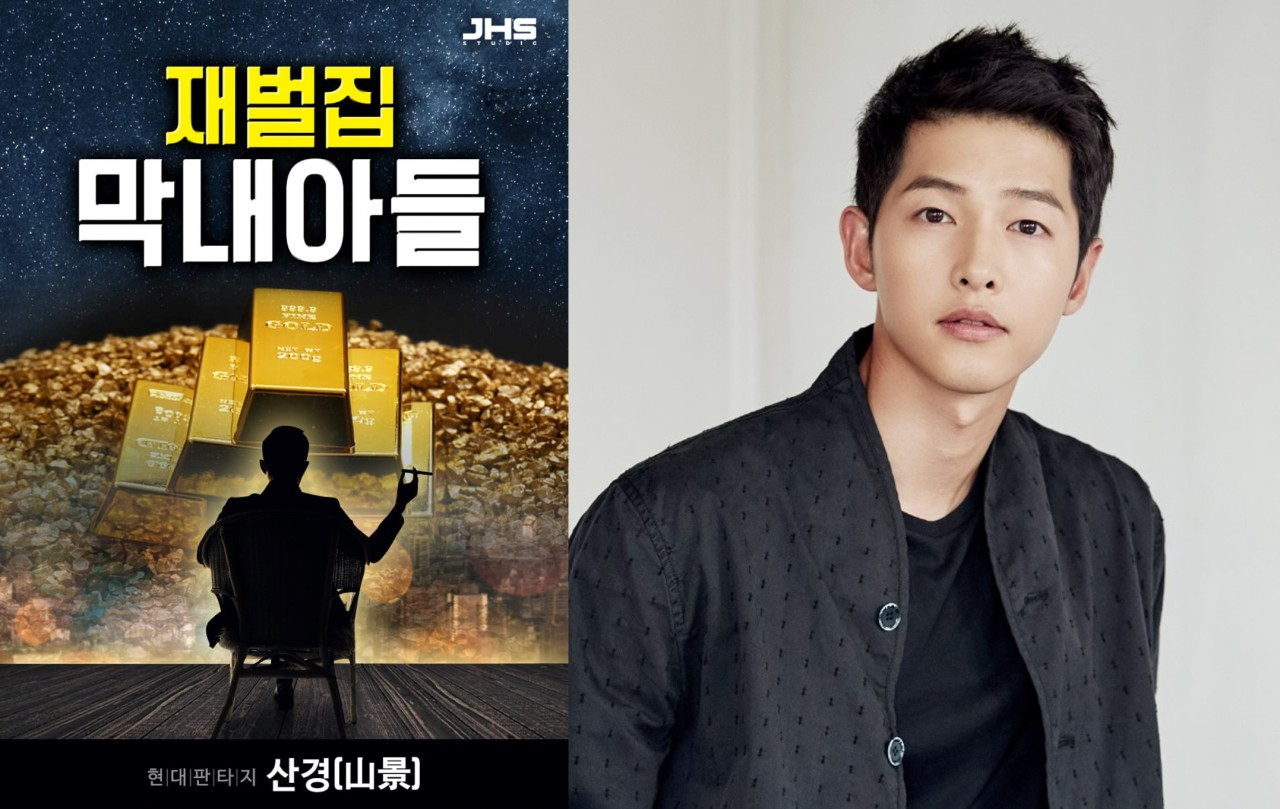 Cover image of web novel “Youngest Son of Sunyang Family” (left) and actor Song Joong-ki, who will star in a JTBC drama of the same title (Naver Series, History D&C)
Top actor Song Joong-ki will make his small-screen return with the new JTBC drama “Youngest Son of Sunyang Family,” a TV series adapted from a web novel of the same title.

Written by author Sangyeong, the novel is a thriller and fantasy tale revolving around the lead character Yun Hyun-woo, who is reincarnated as a conglomerate chairman’s grandson.

Though the release date has yet to be announced, local cable channel JTBC said that the series will be aired sometime this year.

Another popular Kakao Page web novel, “Again My Life,” has also been adapted into a drama.

Starring top actor Lee Joon-gi, the first two episodes of SBS’ “Again My Life” were released on April 8 and 9.

“Similar to webtoons, web novels also have a strong fan base and growing popularity,” a Naver Webtoon official told The Korea Herald on Tuesday. While there have been drama adaptations of web novels in the past, the recent success of various webtoon-based TV series has led to a renewed attention to web novels, the official added.