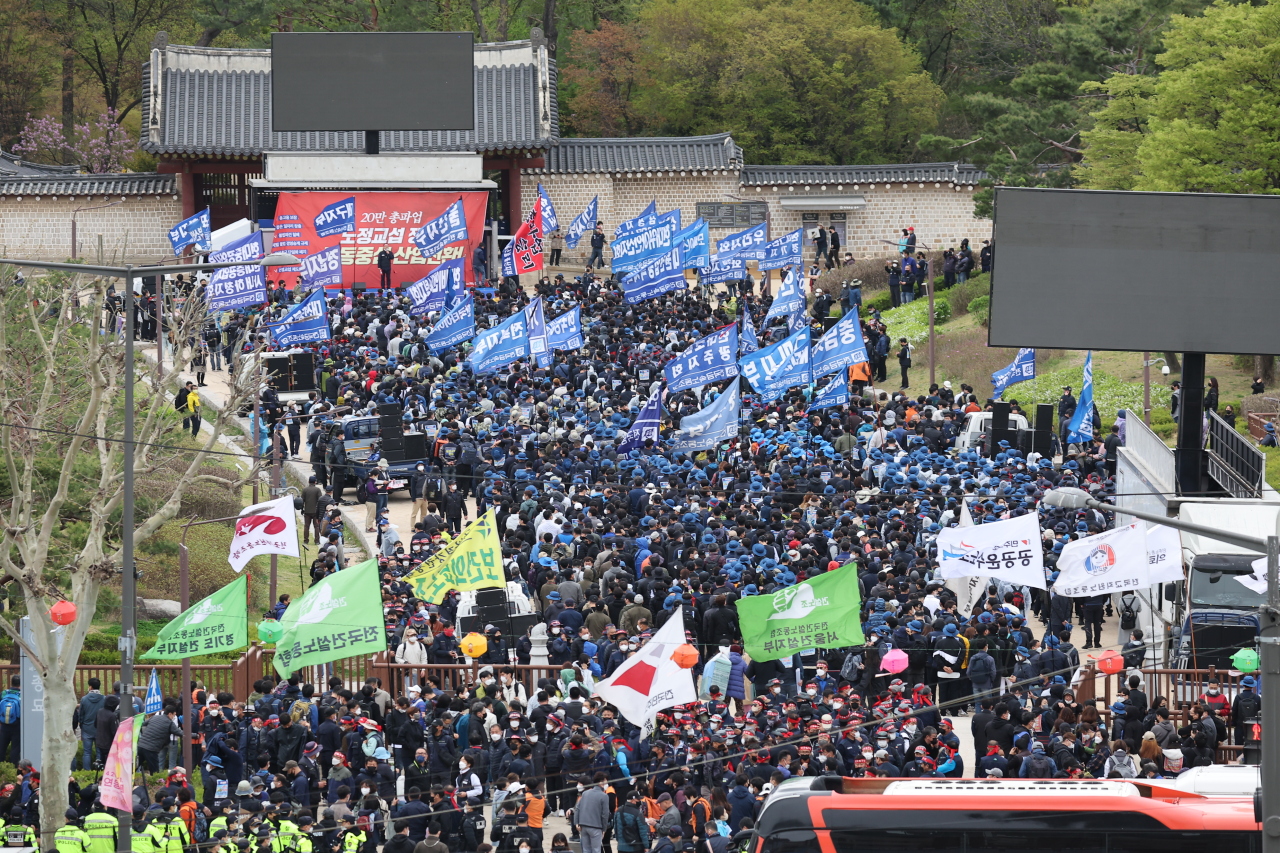 Since the presidential election last month, the two major umbrella labor unions – the KCTU and the Federation of Korean Trade Unions -- have asked President-elect Yoon to come to the negotiating table with the labor community.

The country’s major unions have been primarily concerned about Yoon’s anticipated push to reverse pro-labor policies set by the current Moon Jae-in administration.

During his campaign, Yoon has openly mentioned that he may bring changes to the law on working hours, which brought down the cap from 68 to 52 hours per week during the current administration.

Yoon also talked about changing the current minimum wage system by differentiating wage policies by region and type of business.

Making an amendment to the Serious Disasters Punishment Act -- which is designed to impose penalties to business owners and management in the event of accidents that cause deaths or serious injuries -- was also a part of Yoon’s policy agenda.

Amid escalating tensions between Yoon and the labor community, Yoon on Tuesday met with representatives from the FKTU, which endorsed the ruling Democratic Party’s Lee Jae-myung in the presidential election.

However, Yoon had not responded to the requests made by the more militant KCTU.

The KCTU announced that since it had received no answer from the President-elect, it and the Korean Peasants League would launch a massive rally of some 10,000 members in front of the presidential transition committee’s office in Seoul.

This goes against the Seoul city government’s decision on Friday last week to ban the demonstration planned by the major umbrella union, citing concerns of potential COVID-19 transmissions.

The labor union earlier this week filed an injunction request against the city’s move with the Seoul Administrative Court.

The court, however, partially upheld the injunction filed against the Seoul mayor’s decision to ban the rally, limiting the number of participants to below 300. Despite the court’s ruling, the KCTU went ahead with a rally of 10,000 members at Seoul‘s Jongmyo Park.