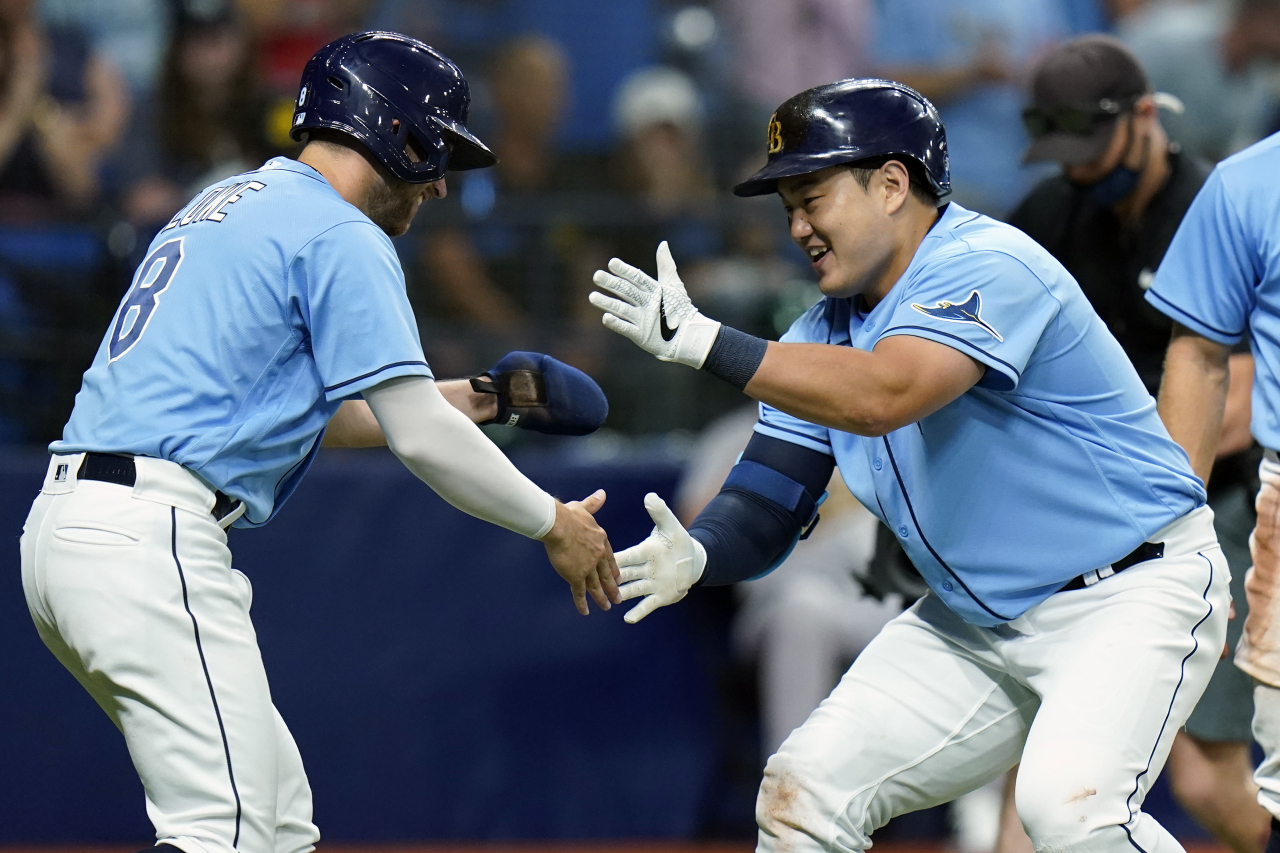 In this Associated Press photo, Choi Ji-man of the Tampa Bay Rays (R) celebrates his three-run home run off Adam Oller of the Oakland Athletics with teammate Brandon Lowe during the bottom of the second inning of a Major League Baseball regular season game at Tropicana Field in St. Petersburg, Florida, on Tuesday. (AP)

Choi Ji-man of the Tampa Bay Rays has gone deep for the first time this season, with the homer also extending his hitting streak to four games.

Choi smacked a three-run homer against the Oakland Athletics in the bottom of the second inning at Tropicana Field in St. Petersburg, Florida, on Tuesday (local time). Choi's home run, off Oakland starter Adam Oller's sinker, turned a 3-2 deficit for Tampa Bay into a 5-3 lead.

The no-doubter shot traveled 409 feet into the seats in right-center field and left Choi's bat at 104.8 miles per hour, according to Statcast.

Choi came into this game batting .500 for the season, with five hits in 10 at-bats along with two RBIs and three walks in four games.

Choi hit 11 homers last year while being limited to 83 games due to assorted injuries. He went just 2-for-18 in spring training this year but has come out of the gate wielding a hot bat in the regular season. (Yonhap)