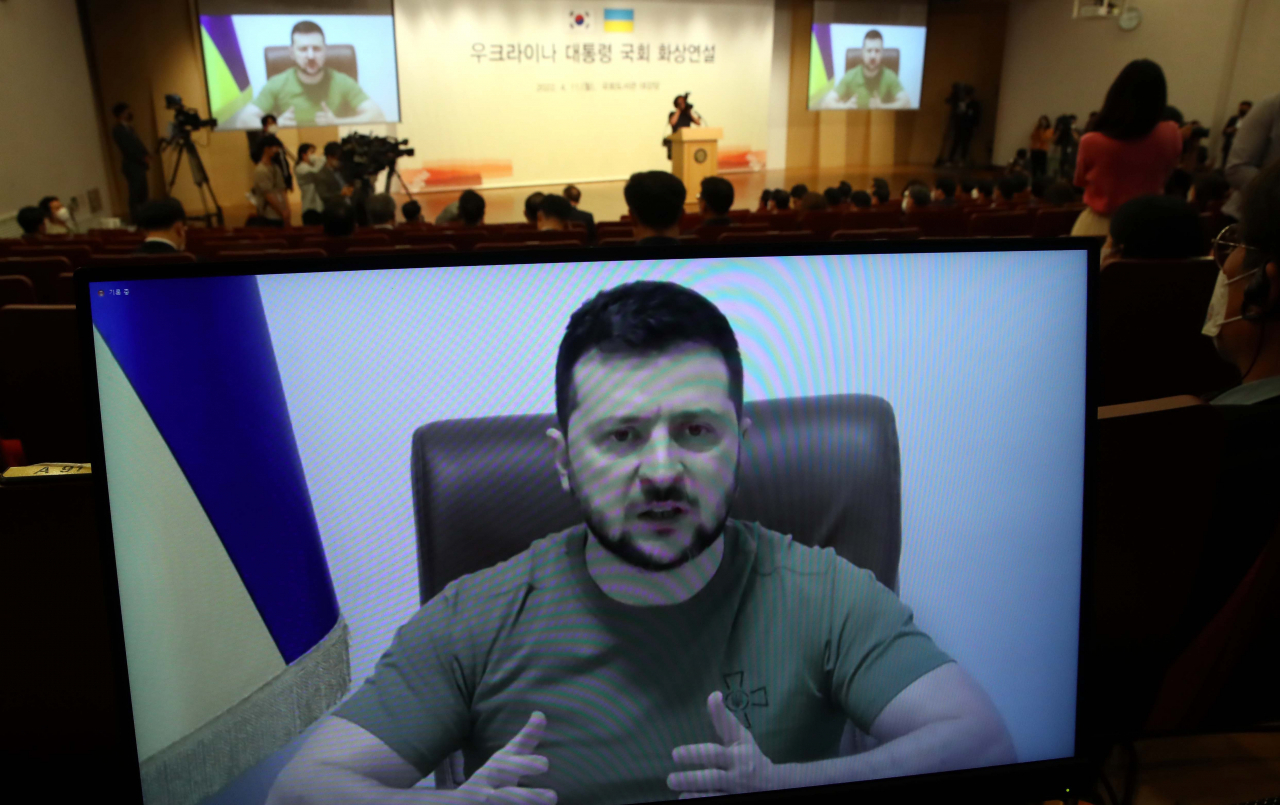 Seoul is preparing to start sending to Ukraine such items as bulletproof vests, helmets, medical supplies and meals, ready-to-eat (MREs), as early as next week, according to the source.

The new package has been arranged following South Korea's shipment last month of non-lethal military and medical supplies -- worth 1 billion won -- amid Ukraine's calls for support to repel Russia's invasion.

South Korea plans to send the new supplies in phases via civilian flights to Europe by the end of April, and Seoul and Kyiv are fine-tuning details over the planned shipment, the source said.

Despite Kyiv's calls for weapons support, Seoul has maintained that there are "limits" in sending weapons to Ukraine. Defense Minister Suh Wook repeated the position during his phone talks with Ukrainian Defense Minister Oleksii Reznikov last week.

Ukraine has been requesting humanitarian and military support, reportedly including rifles, anti-tank missiles and other weapons from several countries as it struggles to repel Russian invaders.