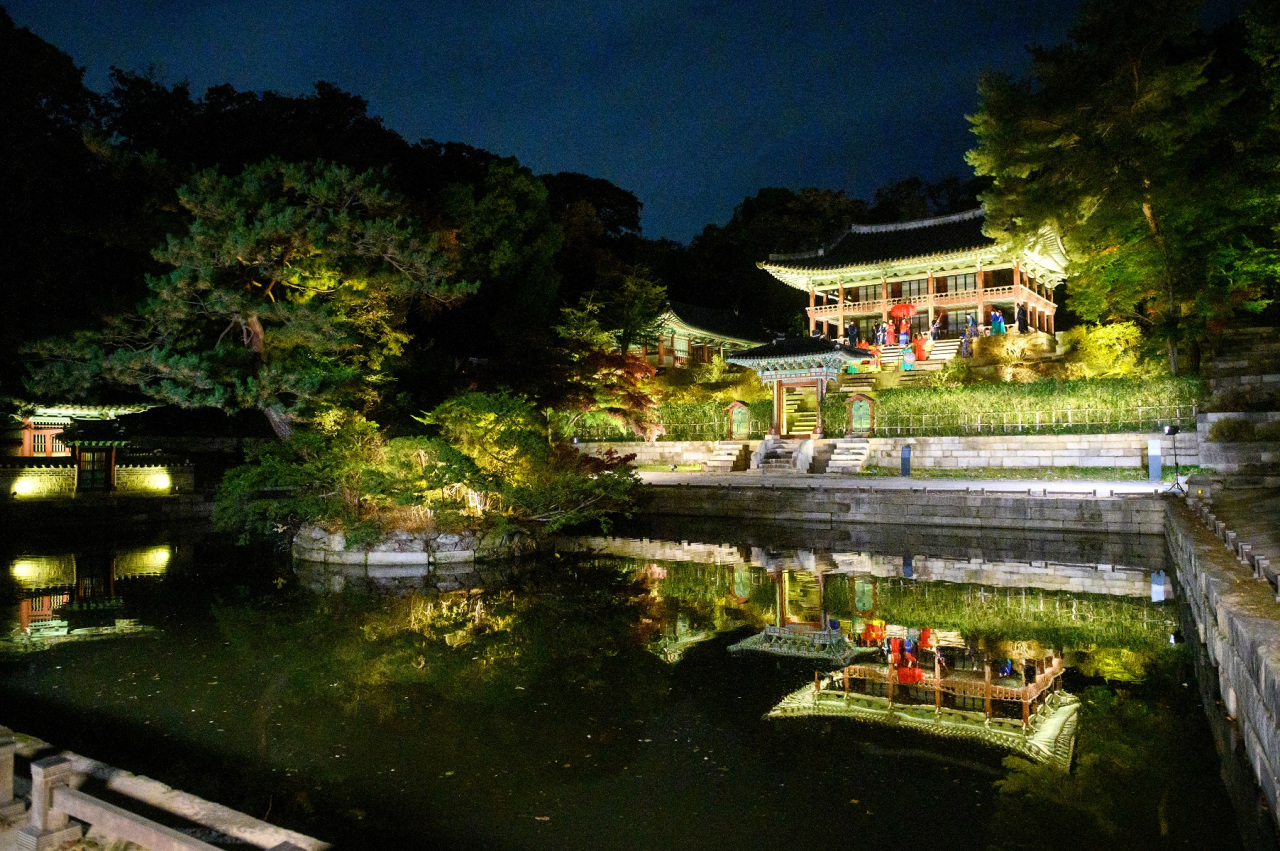 An evening performance is held at Changdeokgung during a moonlight tour in 2021. (CHA)
The first of the biannual Moonlight Tour at Changdeokgung Palace series will kick off April 21, welcoming guests to a warm spring night at the royal palace.

Visitors can enjoy a nighttime view of downtown Seoul while listening to the sounds of daegeum, a traditional Korean woodwind instrument, at the garden of Nakseonjae. A 10-minute court dance in the theme of Prince Hyomyeong, the second son of King Taejo, will be staged at the Yeongyeongdang Hall during the tour.

Huijeongdang, originally the king‘s sleeping quarters and later transformed into the king’s office and reception area, will remain open to the public during this year’s moonlight tour. It will be the first time for the hall to be open after sundown. The present building was built in 1920 after it was completely burned down in 1917.

The night tour operates from April 21 to June 12 on Thursday to Sunday of each week. Tours will be held four times each night, starting every 15 minutes from 7:20 p.m., with the last tour starting at 8:05 p.m. Up to 25 visitors are allowed per session.

Ticket sales start at 2 p.m. on Thursday online via Interpark, and are 30,000 won per person. All visitors must purchase tickets online except for the disabled and senior citizens aged 65 and older, who can book tickets by phone and buy tickets on-site.