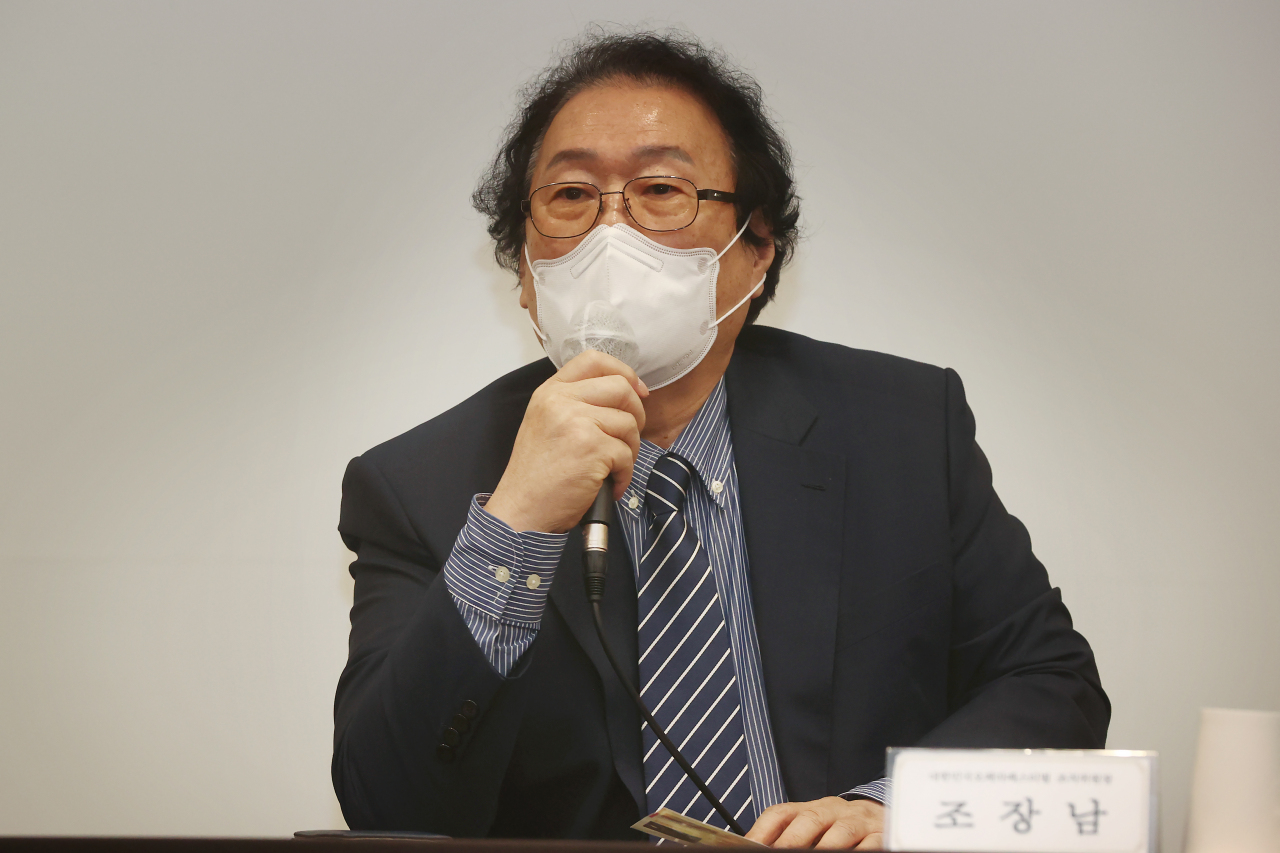 Cho Jang-nam, chairman of the Korea Opera Company Association, speaks during a press conference held at the Seoul Arts Center on Tuesday. (Yonhap)

While the 13th edition of the Korea Opera Festival is gearing up to kick off this month, the festival’s chief hoped the incoming government would support the annual event with ample financing to offer a wider spectrum of high-quality operas.

“We sincerely hope to introduce more great original Korean-language pieces, as well as classic operas,” said Cho Jang-nam, chairman of the Korea Opera Company Association, at a press conference held at the Seoul Arts Center on Tuesday, blaming a lack of sufficient government funding for the limited offerings at the annual festival.

“I’ve met officials of the Culture Ministry and Arts Council Korea asking for 1 billion won ($808,000) in funding to create a ‘fresher’ festival, but we received 450 million won. With the change of government, we hope to receive ample financing from the ministry directly,” Cho said. 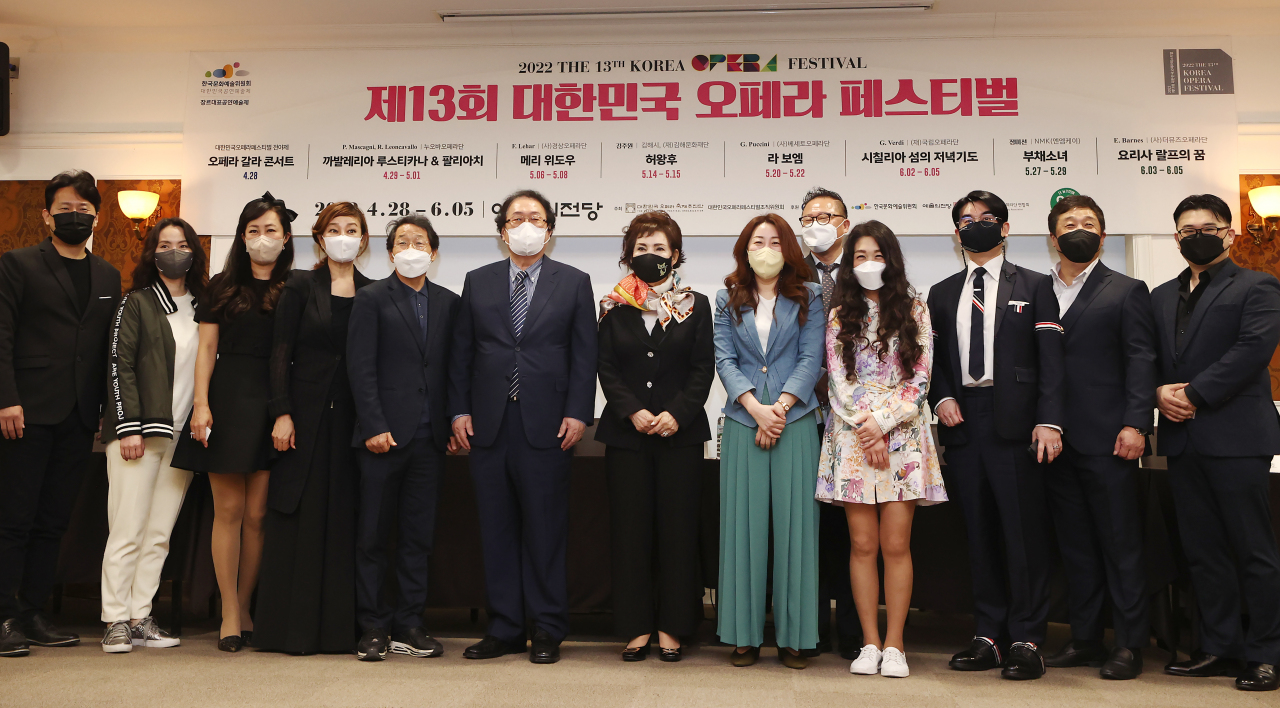 Yoo In-taek, president of the Seoul Arts Center which is hosting the event, said, “I respect those who are preparing for the festival with a fund of as little as 450 million won. I heard one of the operas needed about 1.3 billion won to be staged.” At the same time, he asked both the festival officials and performers to work to enhance public support for opera.

Since its establishment in 2010, the annual festival has staged more than 50 operas in 230 performances with some 330,000 people in attendance. Due to the COVID-19 pandemic, the festival was downsized in 2020 with only three productions, but bounced back to its original scale last year.

Marking its 13th year, the Korea Opera Festival runs from April 28 to June 5 at the three different theaters of the Seoul Arts Center.

Pietro Mascagni and Ruggero Leoncavallo’s “Cavalleria Rusticana & Pagliacci” will be performed by Nuova Opera Company. Operetta “The Merry Widow” by Franz Lehar will be presented by Gyeongsang Opera Company. 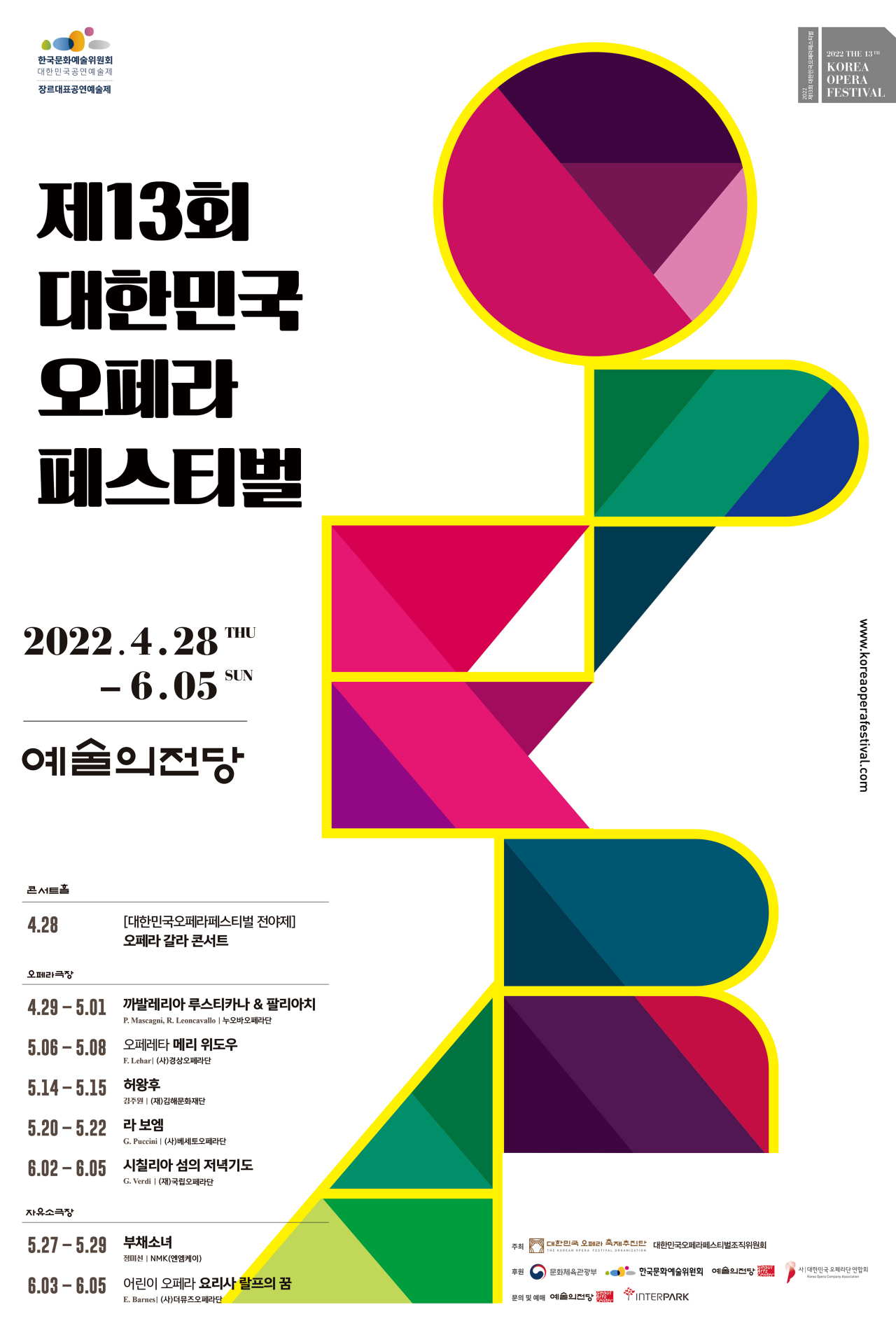 The National Opera of Korea will perform Giuseppe Verdi’s “I Vespri Siciliani” for the first time in the country, while composer Jung Mi-sun’s “Woman With a Fan” and Edward Barnes’ “Dream of Ralph” will also be staged by NMK and the Muse Opera, respectively.

It will mark the first time for the festival to kick off with an opera gala concert, which will be directed by artistic director Kim Soo-jung. The Gunpo Prime Philharmonic Orchestra, led by conductor Kim Bong-mi, will accompany singers. The festival will also introduce a children’s opera and a gugak-classical music fusion opera for the first time.

Pop-up performances will take place on the outdoor stage.