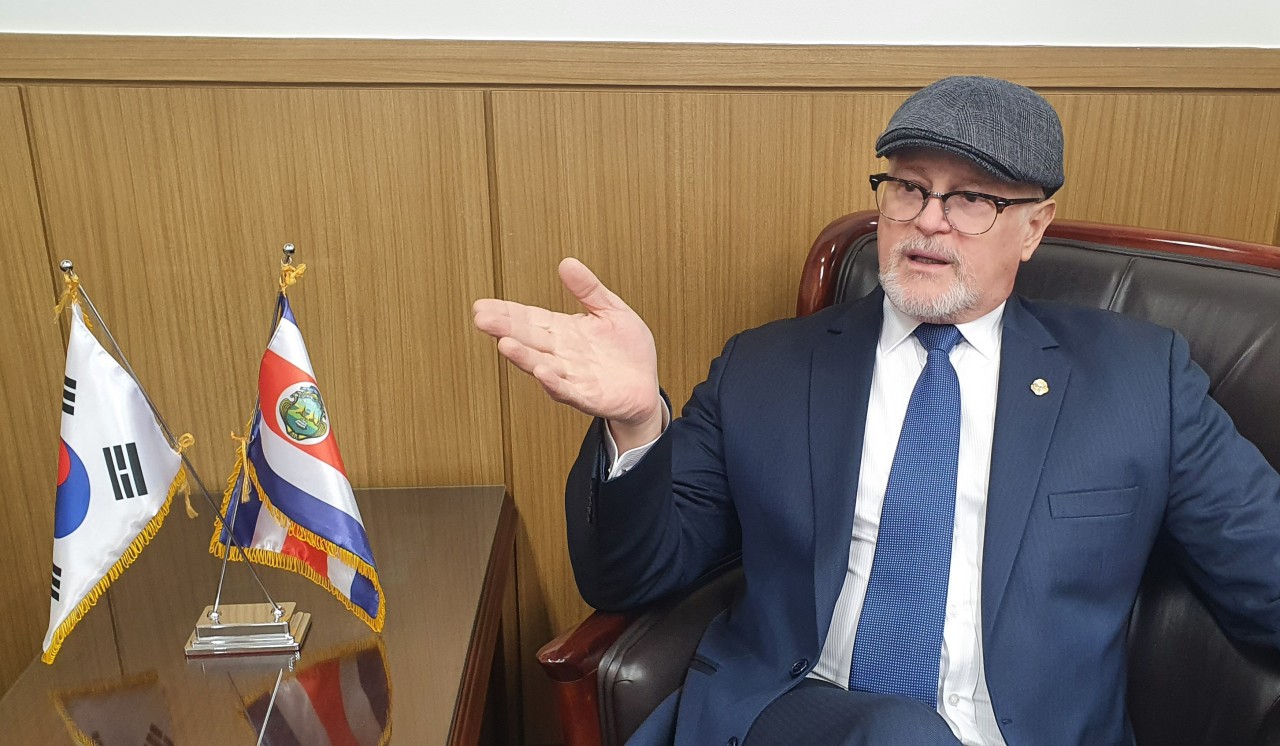 The Costa Rican envoy highlighted that the plan includes the development of a mobility system based on renewable energy-driven public transport, construction of low-emission buildings, and an industrial transition to green energy.

“Considering such factors, the Korean (firms) have a lot to offer in this sort of project, based on their experience, knowledge, competitiveness, and innovation accumulated throughout the years,” said Rodriguez Zamora.

Asked why Costa Rica is focusing on the green hydrogen and digital technology sectors, Rodriguez Zamora stressed that COVID-19 not only affected public health, causing irreparable human losses but also hit national economies, prompting Costa Rica to work on its own strategy for economic recovery based on digitalization, decentralization and decarbonization.

Rodriguez Zamora hoped the strategy would create new jobs and necessary infrastructure and support the structural transition toward a digital and green economy.

“The particular interest of Costa Rica in green hydrogen and digital technology sectors is consistent with its National Decarbonization Plan 2018-2050 and its National Plan of Science and Technology 2022-2027,” Rodriguez Zamora stressed.

He said production, expansion and consumption infrastructure for clean hydrogen were key elements of the National Decarbonization Plan. The blueprint also calls for the transformation of public transport and consolidation of the national electricity supply system with the capacity, flexibility, intelligence and resilience necessary to supply and manage renewable energy at a competitive cost.

“Multinational companies are able to benefit themselves from specialization, Costa Rica is the No. 1 exporter of high value-added services and in production process sophistication in Latin America,” said Rodriguez Zamora.

He stressed that Costa Rica offered highly qualified human resources, a well-educated young labor force, one of the best educational systems in Latin America, and one of the highest English proficiencies in the region.

“Costa Rica has a privileged location, ideal for reaching the Americas and the world,” he added.

“Costa Rica has a lot to offer in terms of investment opportunities for Korean companies seeking new locations to expand their business,” said Rodriguez Zamora.

Rodriguez Zamora suggested the free trade agreement between Korea and Central America was an important tool in enhancing cooperation. As well as boosting commercial exchanges and industrial cooperation, related joint ventures, investment and ties and alliances among small firms in Korea and Costa Rica could generate new jobs, increase productivity and raise new opportunities for entrepreneurship.

“Korea may continue expanding trade in coffee and other agricultural products and other export products such as medical devices and precision tools,” the ambassador said, highlighting increasing volume and diversifying export products from Costa Rica to the Korean market.

“I think, however, that from a strategic standpoint we still must work harder to attract more Korean Investment to Costa Rica,” opined the ambassador. 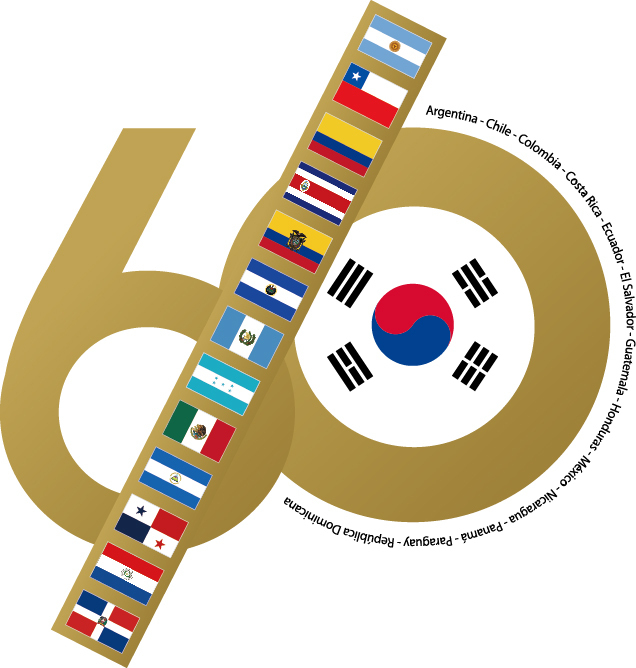 Logo commemorating 60th anniversary of Korea-Latina America diplomatic relations(Embassy of Costa Rica in Seoul)
Rodriguez Zamora acknowledged the significance of the state visit of Costa Rican President Carlos Alvarado Quesada to Korea, which occurred around the time of the 60th anniversary of diplomatic relations, saying it enabled bilateral ties to evolve into comprehensive action-oriented partnership.

Costa Rica and Korea agreed to deepen cooperation and work together to create a new growth model oriented toward sustainable, innovative, and inclusive development, strengthening cooperation in areas including the digital, technological and environmental fields. The two countries signed 10 memorandums covering digital government, cooperation in science and technology, triangular cooperation, circular economy and environment, promotion and commercial exchange, implementation of good international practices and public policies in matters of social development, and academia.

According to Rodriguez Zamora, the enhanced partnership will allow Costa Rica to learn from the Korean experience in order to transform its digital infrastructure, advance its information and communications technology, promote innovation, and consolidate its efforts for sustainable development.

Rodriguez Zamora hoped that such areas of collaboration will allow Korea to accompany and advise Costa Rica to follow path of economic recovery and social development.

“This is very much the same as it happens between brothers,” he said.

“The older brother (Korea) may provide to its younger brother (Costa Rica), with advice and guidance towards its own transformation, sharing its knowledge and wisdom to enlighten the younger brother´s new steps in its path to self-realization and prosperity,” said the ambassador.

This interview is a part of The Korea Herald’s interviews commemorating 60th anniversary of the establishment of diplomatic relations between of Korea and 13 Latin American countries with embassies in Seoul. -- Ed