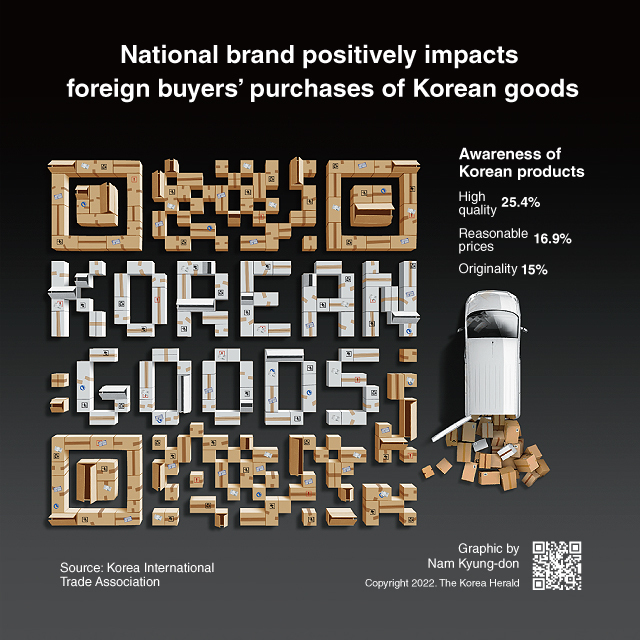 Nearly 7 in 10 foreign buyers think that South Korea’s national brand is having a positive impact on their purchases of products from Asia‘s fourth-largest economy, a poll showed.

According to the survey of 213 foreign buyers, 72.9 percent of the respondents replied that their imports of South Korean goods have been affected positively by the country’s national brand.

Slightly over 25.4 percent said South Korean products remind them of high quality, followed by reasonable prices with 16.9 percent and originality with 15 percent.

The poll, taken by the Korea International Trade Association from Feb. 21-March 4, also showed some 67 percent answering that South Korea‘s national brand has improved compared with the past. (Yonhap)