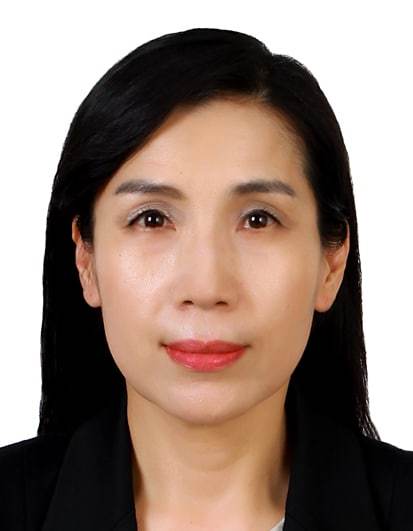 Kim Hyun-sook (Presidential transition committee)
Kim Hyun-sook, a former lawmaker and economics professor at Soongsil University, who was named to head the Ministry of Gender Equality and Family, expressed her determination to assist the president-elect to smoothly carry out the abolition of the ministry on Sunday.

Kim was a proportionate representative at the 19th parliament for the then Saenuri Party, predecessor of the People Power Party, and also served as the chief secretary on employment and welfare for the Park Geun-hye administration from 2015 to 2017.

For President-elect Yoon Suk-yeol, she has been the special policy adviser, assisting him since the beginning of his election campaign. She has been managing Yoon’s election pledges to handle the country’s low birthrate and its aging population, as well as the election pledge to abolish the Gender Equality and Family Ministry.

During the press briefing announcing her nomination on Sunday, Kim said, “it is too early to predict when the ministry will be reformed.”

“I have experience handling the work of the Gender Equality Ministry some years ago, as I was serving as an administrative member at the parliamentary committee for gender equality and family, in the 19th parliament,” Kim said.

“Because a lot of time has passed since then, I would have to work to resolve the conflicts of genders and generations that are present in the new era.”

She also said she will take in as many opinions as she can so that her ministry will be able to “open new way into the future.”

“As you know, the agenda of family is also diversifying, with different forms of families, such as one-person households. I will keep low and communicate with the people and the opposition parties, to take in enough opinions to open way for a new ministry.” Kim said.

Before her professor post, she worked as a researcher at state think tanks the Korea Institute of Public Finance and Korea Development Institute.

Born in 1966, Kim majored in economics at Seoul National University and got a master’s degree at her alma mater. She got her doctoral degree in the same subject from the University of Illinois.