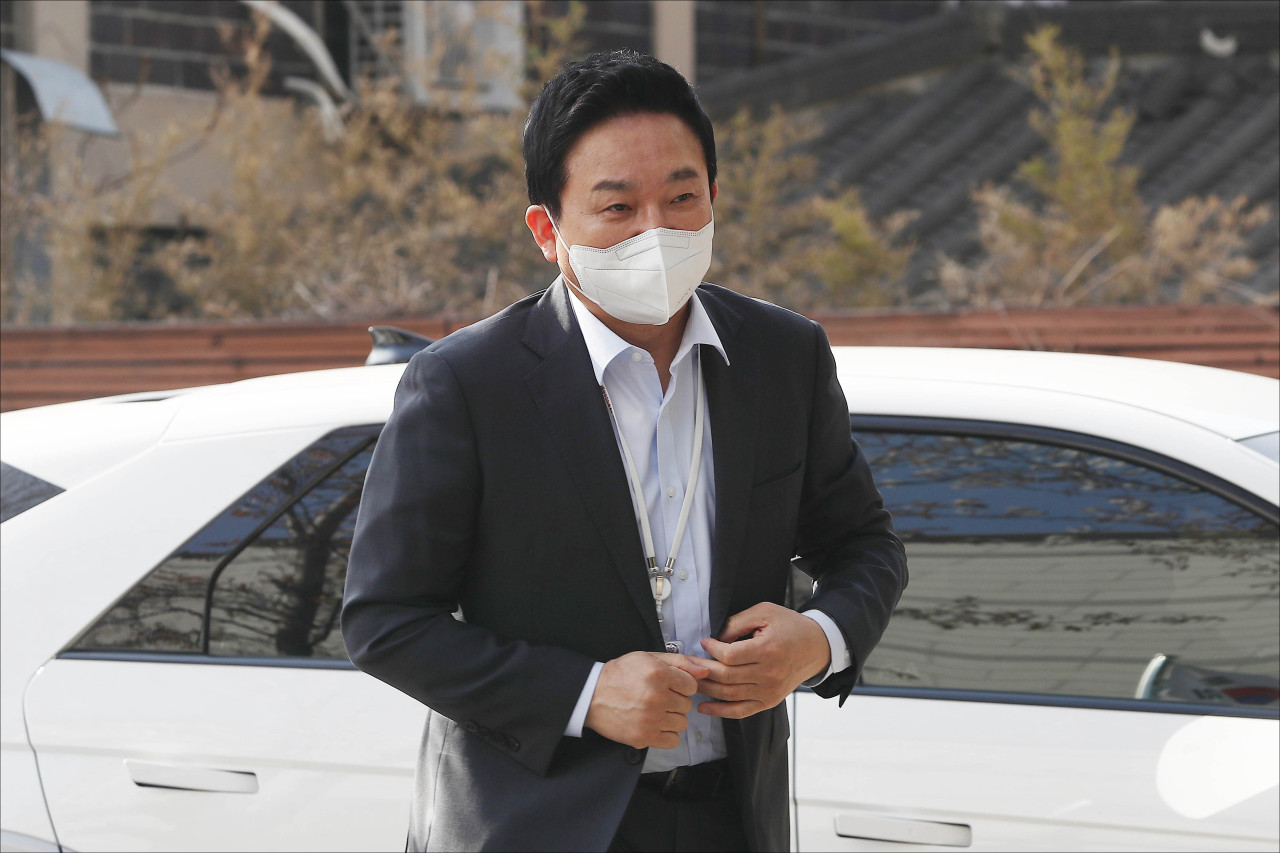 “The nominee has a high understanding of land policies which is one of the key sectors the new administration would have to work on to stabilize the real estate market, promote balanced regional growth, and come up with a systematic public transportation in metropolitan areas,” Yoon told reporters at the press briefing announcing new eight Cabinet nominees.

Nominating the politician as land minister is widely seen as a surprise as he has no expertise in either land development or transport policies.

Won, however, said he would use his political know-how and cooperate with experts to stabilize the housing market for the middle class and the younger generations.

He said he would make “cautious” policy move not to instigate real estate price changes and to secure stability of the market, citing that the public resentment is already rampant due to “many fragmentary policies” carried out by the incumbent Moon Jae-in government.

“I will change real estate policies to center on price stability to prevent unnecessary surges of real estate prices. Until now, many people have grown tired of the government’s mistakes deriving from short term policies so I will approach such problems in a balanced and harmonious manner,” Won told reporters after the announcement.

As land minister, Won is expected to concentrate on stabilizing the property market that has seen steep price increases in recent years, despite the Moon administration’s policy efforts to limit demand and increase supply by taxing owners of multiple houses.

Won is tasked with spearheading Yoon’s campaign pledge to ease regulations on the rebuilding of old apartment buildings to enable the supply of 2.5 million new homes.

Won was a presidential contender himself in the last election, but worked as policy chief for Yoon’s camp after his defeat in the primary.

The two-term Jeju governor also played a key role in confronting Yoon’s presidential rival, Lee Jae-myung of the ruling Democratic Party of Korea, by raising allegations that the former Seongnam mayor was the mastermind behind the controversial Daejang-dong development project.

The project was at the center of presidential election with both candidates accusing each other for giving business favor to a local company seven years ago to participate in development of Seongnam’s Daejang-dong.

Born in Jeju in 1964, Won graduated from Seoul National University’s College of Law and started his career as a prosecutor in 1995, working until 1998.

He served three conservative terms as a National Assembly lawmaker before becoming the governor of Jeju Island in 2014.