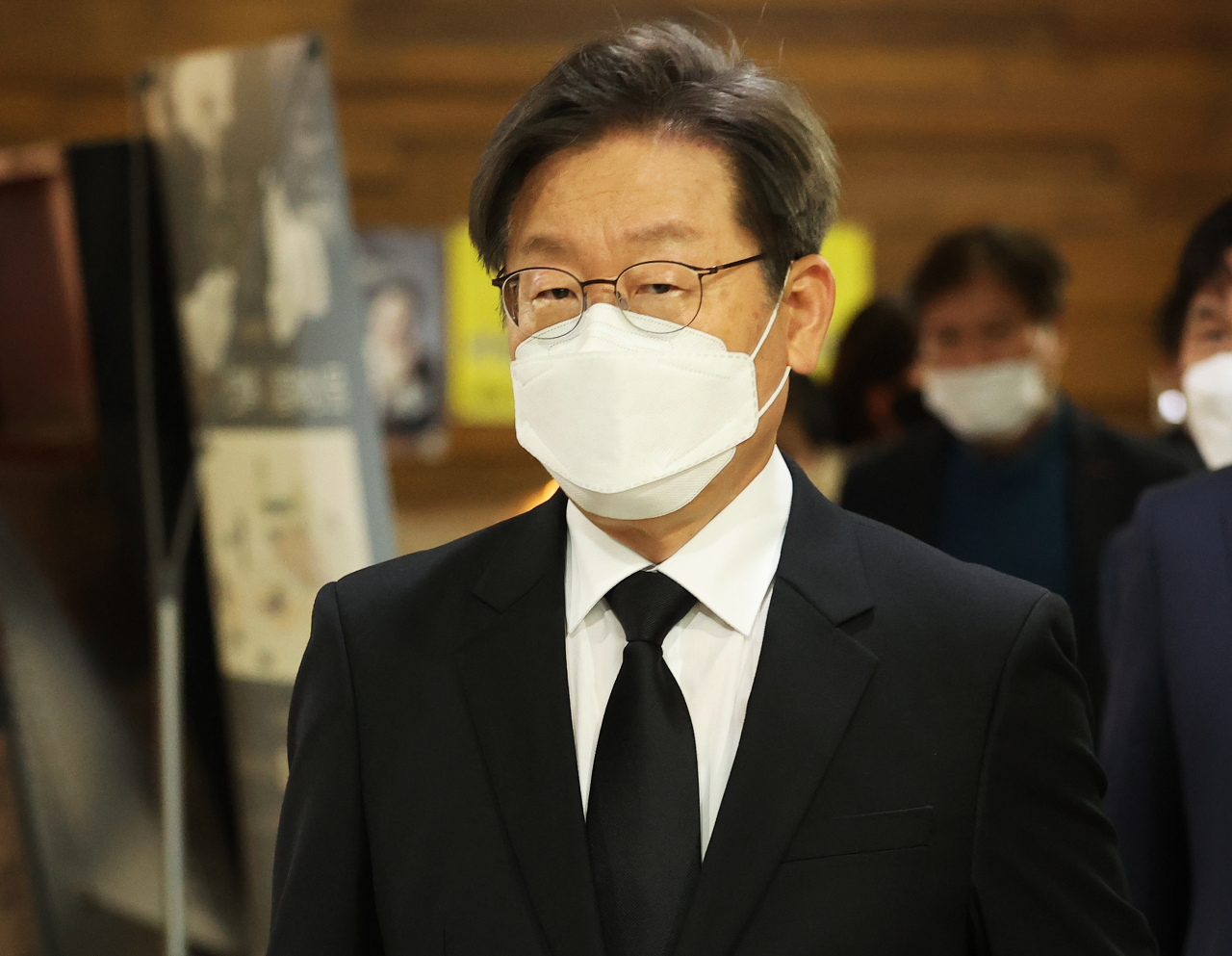 Inside the Democratic Party of Korea, the battle is between supporters of Lee Jae-myung, the former presidential nominee of the liberal party, and those supporting President Moon Jae-in, whose five-year term has only around a month left.

Rep. Kim Eun-hye, a close aide of Yoon in the conservative People Power Party, announced her candidacy for Gyeonggi Province governor in June, and Rep. Kim Byung-wook of the Democratic Party is touted as a potential candidate to run for the mayoral post of Seongnam, Gyeonggi Province.

Both lawmakers have constituencies in Seongnam, which also happens to be the birthplace of Lee’s political career, and for that reason many have speculated that Lee might bid to clinch one of those two seats in the by-elections to be held on June 1.

Lee, having started his career in politics as mayor of Seongnam, served as the 35th governor of Gyeonggi Province until October 2021, which is when he officially entered the presidential race.

At this point, it is highly likely that Lee and his supporters seize dominance of the Democratic Party in coming months, and the party is likely to prepare Lee to lead the party to victory in the next parliamentary elections and run again for the presidency in 2027. 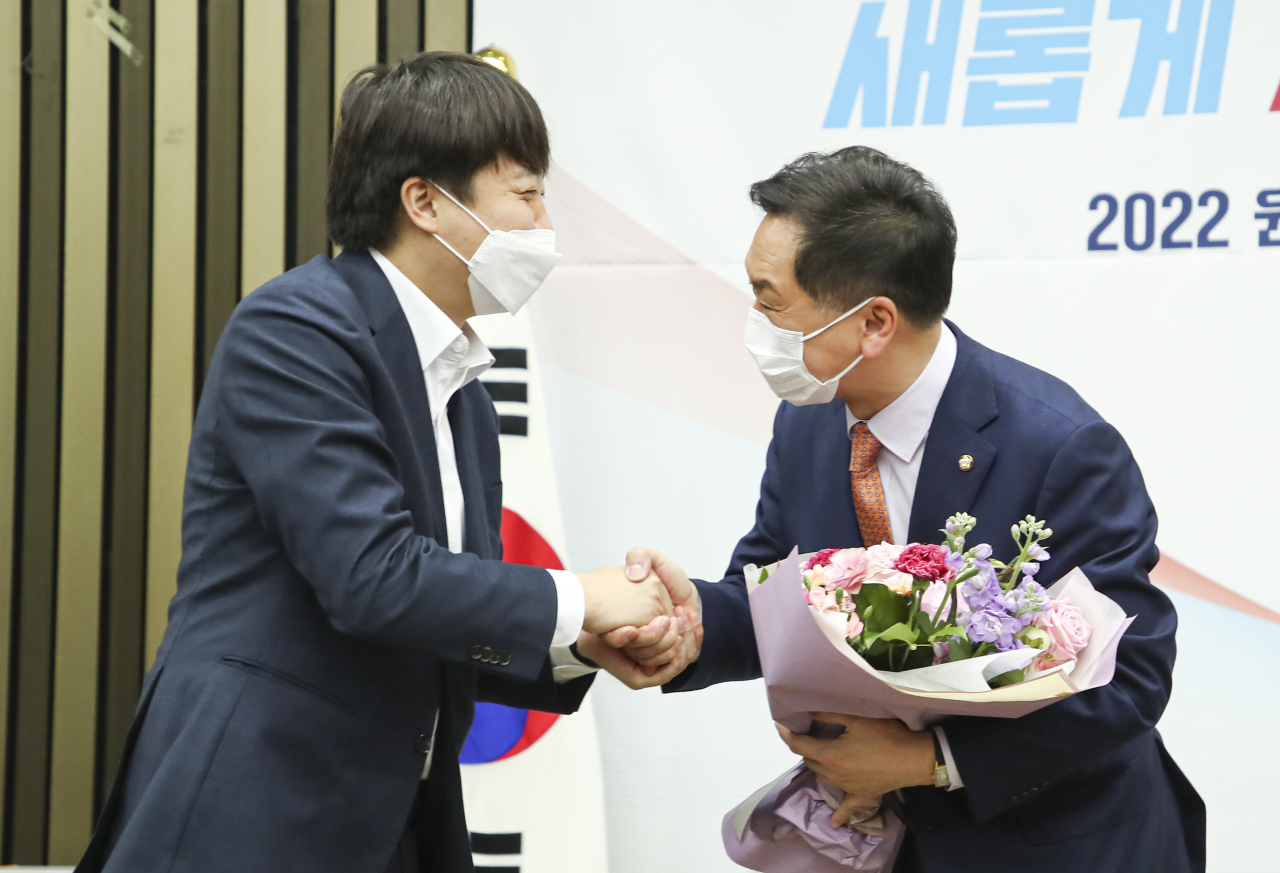 People Power Party Chairman Lee Jun-seok shakes hands with Rep. Kim Gi-hyeon, former floor leader for the conservative party, during the People Power Party`s internal election held Friday to elect its new floor leader. (Joint Press Corps)
As for the Democratic Party’s main rival People Power Party, its Chairman Lee Jun-seok still has more than a year left in his term, which ends in June 2023. But eyes are already centered on who will succeed him to direct the parliamentary elections the next year while cooperating with the Yoon administration.

Sources have touted Rep. Kim Gi-hyeon, former floor leader of the conservative party, as a possible candidate for the chairman seat, as he is believed to have successfully orchestrated peace and harmony during internal conflict that occurred during the latest presidential race.

Rep. Kwon Young-se, vice chief of the presidential transition committee for Yoon, is also believed to try running for the chairman seat due to his experience in serving as the secretary-general for the People Power Party and as the chief of Yoon’s presidential campaign team.

People’s Party Chairman Ahn Cheol-soo, who now heads the presidential transition committee for Yoon, is also touted as a possible candidate if his party completes a merger with the People Power Party in the coming weeks. His last-minute candidacy merger with Yoon is believed to have helped Yoon break the neck-and-neck situation and prevail in the presidential race.

Former Jeju Island Gov. Won Hee-ryong is also touted as a likely candidate due to his active involvement in Yoon’s presidential election campaign. But he is believed to pursue running for a legislative seat first for any constituencies that might open as by-elections on the sidelines of the local elections.

Some have also speculated Lee Jun-seok could run again for the chairman seat in 2023 due to his success in more than tripling the party membership and successfully ending the presidential race with victory.