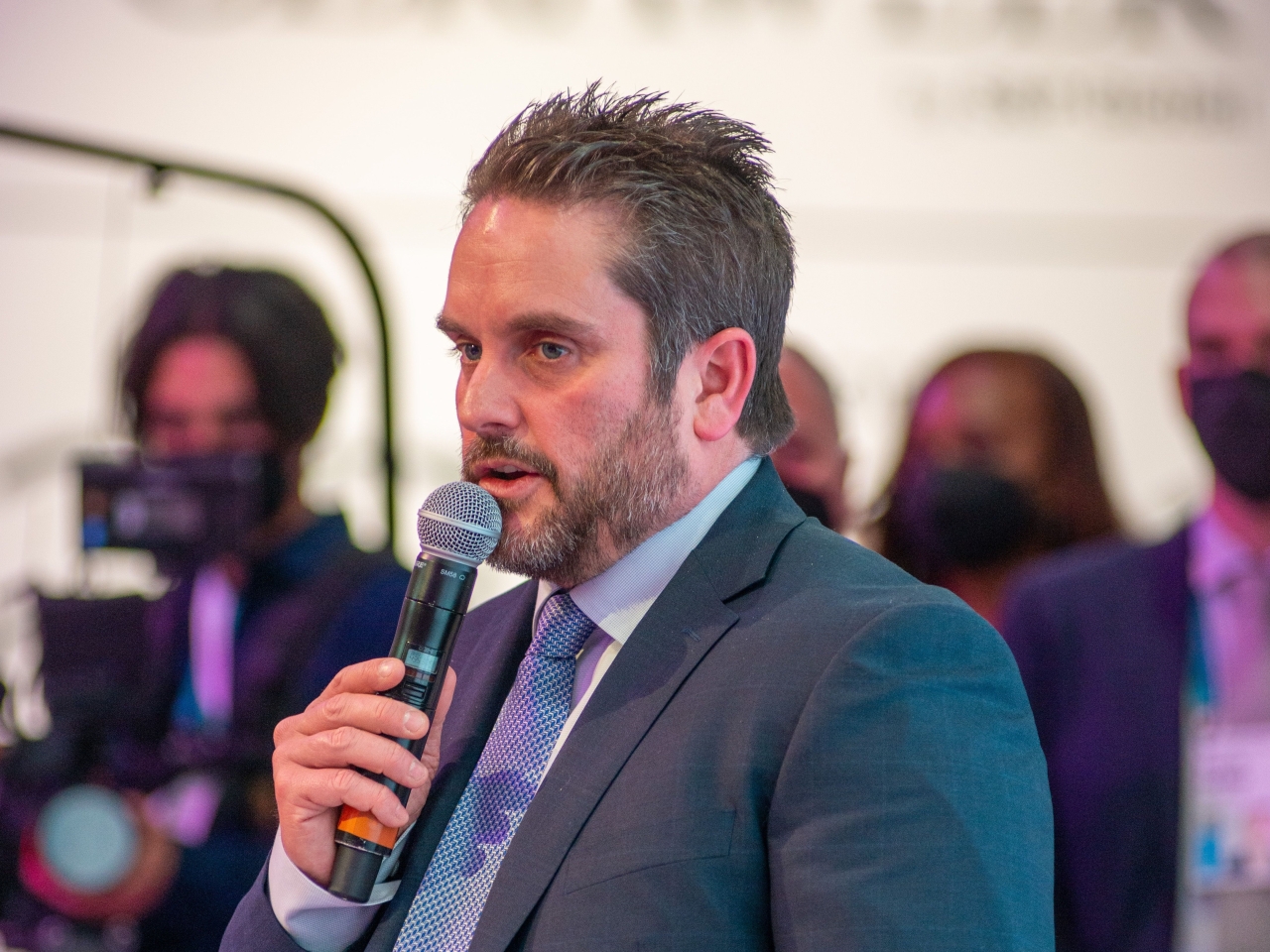 8 Rivers CEO Cam Hosie speaks at a signing ceremony with SK Inc. on March 7. (8 Rivers)
The Asia-Pacific region is responsible for more than half of carbon dioxide emissions worldwide. While net-zero carbon emissions mandates in the region pose promising economic opportunities, green technology players’ expansion to the Asia-Pacific from outside the region may seem like a murky prospect.

“There is a choice between trying to build it ourselves, or finding a compatible vision and strategic capability to make engagements with the market more successful,” Cam Hosie, chief executive officer of US-based carbon capture and hydrogen firm 8 Rivers, told The Korea Herald in a recent interview.

“Obviously, every economy is different and their market, social, and political forces are different,” Hosie said. “When it comes to implementation, you were always enabled by finding partners that understand the local conditions.”

Deploying solutions to capture and store carbon emissions in natural gas power plants in the United States and the United Kingdom, 8 Rivers is now turning to unfamiliar regions.

To up the ante, the North Carolina-based startup in March announced $100 million in funding from SK Inc., a holding company of South Korea’s third-largest conglomerate which merged with advanced materials arm SK Materials in 2021.

Aside from what is considered one of the largest single private investments in a carbon capture solutions provider, 8 Rivers is looking to establish a joint venture with SK Group to implement its deployment in the Asian market including Korea.

The joint venture would help the startup deploy a suite of green technologies in Asia, ranging from clean hydrogen to carbon-free power generation systems and direct air capture.

“There is no global energy transition without Asia being the key player,” said Hosie, a former US attorney who joined 8 Rivers in 2012. Hosie added that without tackling emissions in Asia, “all that happens is shifting the timing of when we breach the threshold.”

8 Rivers -- a de facto group of green technology companies under 8 Rivers Capital -- has been broadening its scope of technologies.

The firm’s new Asian projects and joint venture roadmaps have yet to materialize, but Hosie stressed that their projects would require a tremendous amount of investment. US investment bank Morgan Stanley projected in 2019 that investment would amount to $50 trillion by 2050 to remove 25 billion metric tons of carbon.

“I anticipate we will continue to partner with third-party financial institutions (for Asia projects),” Hosie said.

“The scale of capital required to deliver the energy transition is so vast that bringing in large institutional investors is going to be the way to facilitate that being done,” he said.