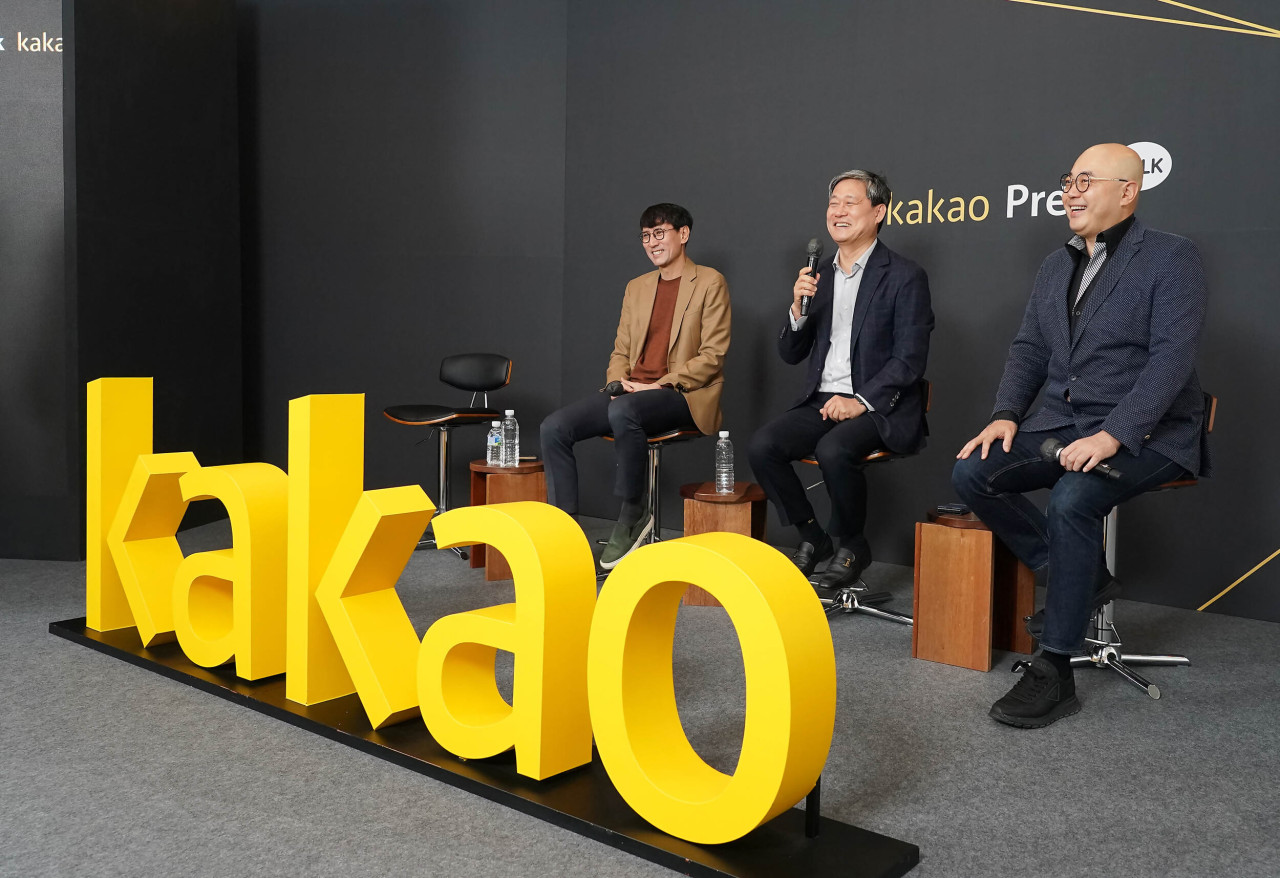 “The 56 overseas branches aim to boost their sales revenue by 40 percent this year. By 2025, we plan to increase overseas revenue to account for 30 percent of total sales, compared to the current 10 percent,” said Kim Sung-su, co-head of Kakao’s corporate alignment center.

Kakao Piccoma, Kakao’s online webtoon platform in Japan, recently launched a webtoon service in France and looks to penetrate other European countries. In Japan, the company will start new businesses in games, metaverse and non-fungible tokens.

In order to expand its footprint in North America, Kakao Entertainment looks to create synergy with the firm’s recently acquired US webtoon platforms Tapas and Radish. It is also looking to partner with Wuxiaworld, a Hong Kong-based web novel platform.

In the face of political criticism that the platform company is taking away customers from community-based small business owners, the company said it would spend 300 billion won for the next five years to support small businesses and digital content creators. The plan is to contribute to building a more inclusive society.

“Kakao’s growth strategy is anchored on sustainability of both the company and society. Our goal is to use the fund in what we do best – to help digitalization and those in need,” said Hong Eun-taek, co-head of Kakao Corporate Alignment Center.

For some 5 million small business owners who have been battered by the coronavirus pandemic, Kakao will pump 100 billion won to help them connect with more consumers.

Kakao’s digital supporters will help owners to promote their shops through Kakao Talk and use Kakao Pay as a payment method. The owners don’t need to pay any commission fees, Hong said.

The company is currently in talks with retailers in Gwangjang Market in central Seoul, Olleh market in Jeju Island and Sinyoung Market in northeastern Seoul.

Also, the company looks to spend some 15 billion won to provide opportunities for artists to perform at mid-sized venues in Seoul Kakao Arena, the country’s first and largest arena for K-pop performances that is slated to open in 2025.

For some 250,000 taxi drivers struggling to make a profit, Kakao Mobility plans to use a 50 billion won fund to help them.

In addition, Kakao said it will pour some 20 billion won to support startups and nurture over 100 social innovators. Another 60 billion won will go into giving aid to minorities suffering from the digital divide.