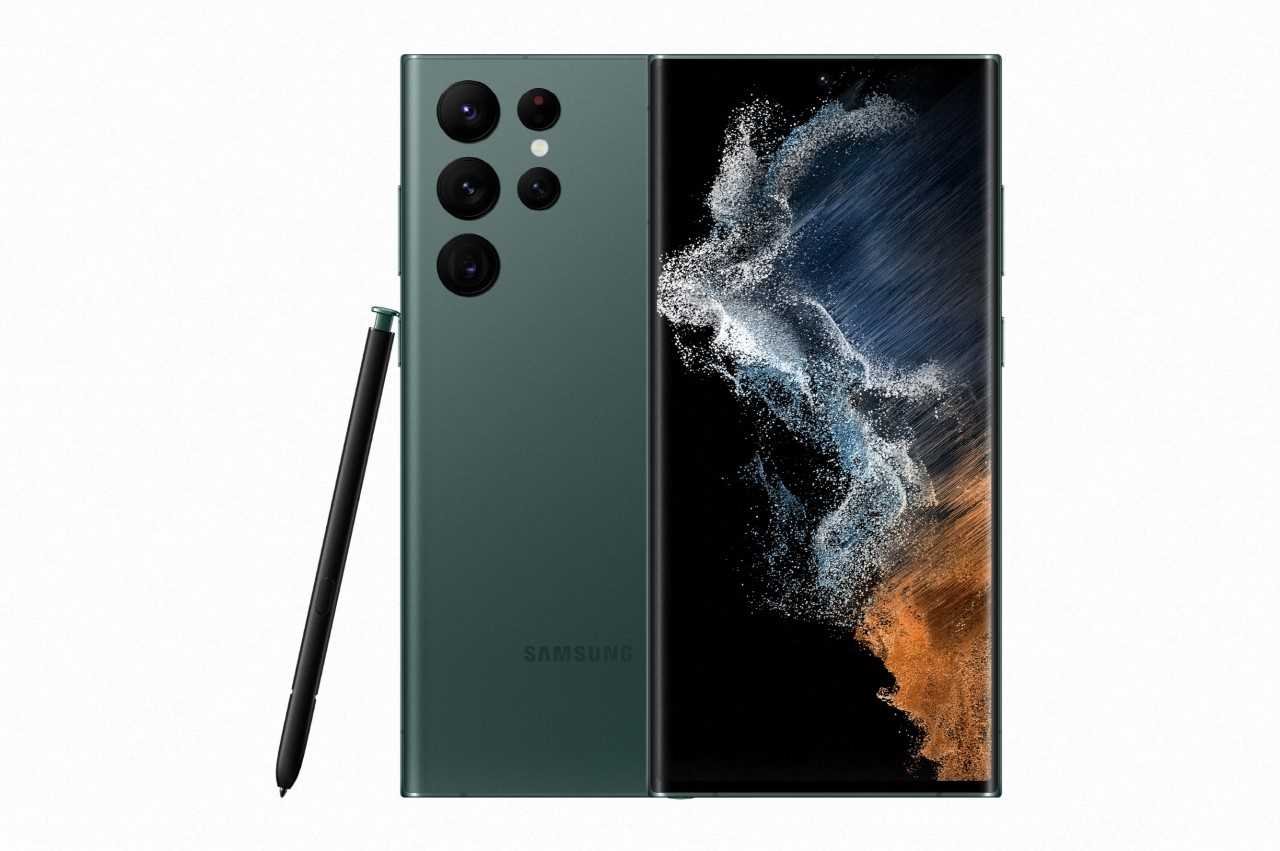 The Samsung Galaxy S22 Ultra makes up more than half of total sales of the flagship model over the six weeks since its launch on Feb. 25. (Samsung Electronics)
Samsung Electronics said Wednesday its latest smartphone Galaxy S22 is highly likely to see 1 million unit sales at home this week, calling its sales performance a “smooth ride” despite unfavorable market conditions such as supply chain constraints and slowing domestic smartphone sales.

According to the company’s preliminary estimates, the phone’s sales exceeded 900,000 units early this month, and the figure is expected to hit the 1 million mark on Friday, six weeks after its official launch on Feb. 25.

“Considering the nation’s smartphone market’s slowing growth, the S22 series is on a smooth ride as it has maintained initial sales momentum since its launch,” Samsung said in a statement.

The company projected the domestic demand for smartphones to remain at 3.5 million units in the first three months of this year, down 10 percent from some 4 million units a year ago.

Of the three new models, the largest and the highest-priced S22 Ultra, equipped with the signature stylus S Pen, made up more than half of total sales, while the S22 Plus and the S22 made up some 20 percent of sales each.

Samsung said the phone’s sales outside Korea have also grown more than 20 percent compared to the previous model. Most markets posted a growth in sales, with some recording a whopping 70 percent increase, it added.

Samsung’s touting the S22’s sales comes after the phone suffered a backlash over its controversial Game Optimizing Service app that limited the phone’s performance while running data-heavy popular apps.

Although Samsung made a public apology and carried out software updates to fix the problem, concerns were growing that the scandal could affect the brand’s reputation and phone sales.

Industry watchers say increased subsidies offered by local telecom carriers have also played a role in driving up the phone’s sales. Over the past weeks, subsidies for the Ultra model more than tripled to 500,000 won.

In the meantime, Samsung is expected to announce its first-quarter earnings estimates on Thursday. Based on consensus estimates collected among securities firms, the tech giant is estimated to record 75.21 trillion won ($61.34 billion) in sales and 13.89 trillion won in operating profits.