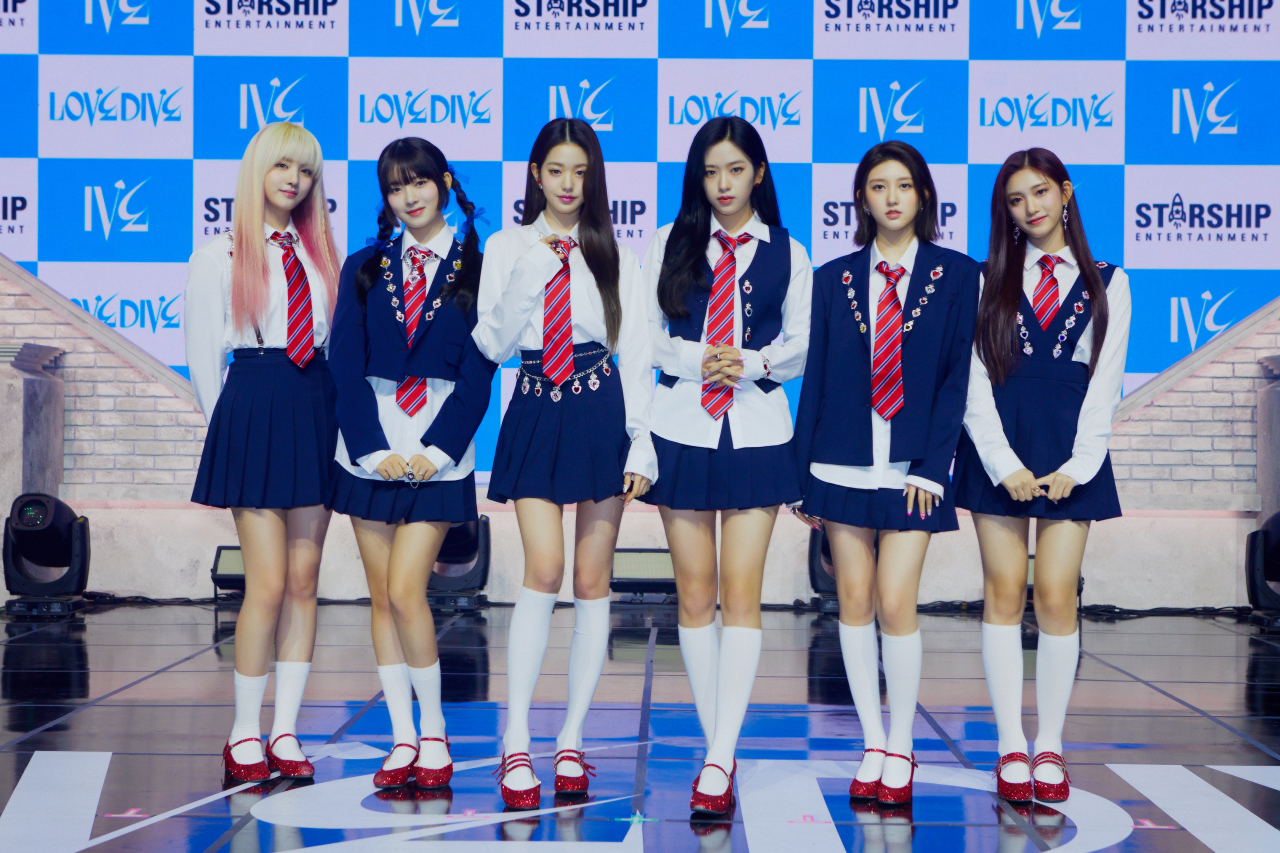 In a press conference Monday, Yujin described the band’s second single as an “album that has a dual meaning.” She said the term “dive” in “Love Dive” translates into falling in love, but the word also is the group’s official fandom name. “We want to deliver two messages: We love ‘dive’ and to dive into love,” the leader added.

Rei, adding to Yujin’s comment, said the album is “filled with Ive’s uniqueness.”

Speaking about the new single, Gaeul said it took her on a trip down memory lane to Ive’s debut single.

“Compared to our previous album, I think Ive has returned with a wider musical spectrum, and we added more confidence this time. As you can see from our concept and styling, I can assure you that people will be able to feel our charms,” Gaeul said.

Leading the two-track package is “Love Dive,” which Wonyoung described as “music that coveys a message to dive into love if you have the courage to be in one.” The vocalist went on to say that it shows the sextet’s confidence in love. Lines such as, “Come in and check it with your two eyes” and “Dare to dive in” also encapsulate the band’s courageousness to be in love, just like Cupid.

Gushing about the single, Liz said every part in the three-minute track is a “killer verse” and that fans should be looking forward to the chorus and the band’s dance break. Yujin chimed in, saying that the choreography has two main highlights in what they called the “mirror dance” and the “diving dance.”

While Ive has received much love and attention from fans and did well on music charts in and out of the country, coming out with new music was a burden, Wonyoung said. But all in all, she said the group had tried to put its talent on full display.

“We tried to come out with a song that vividly shows Ive’s musical color and meets the expectations that people have shown,” Wonyoung added. 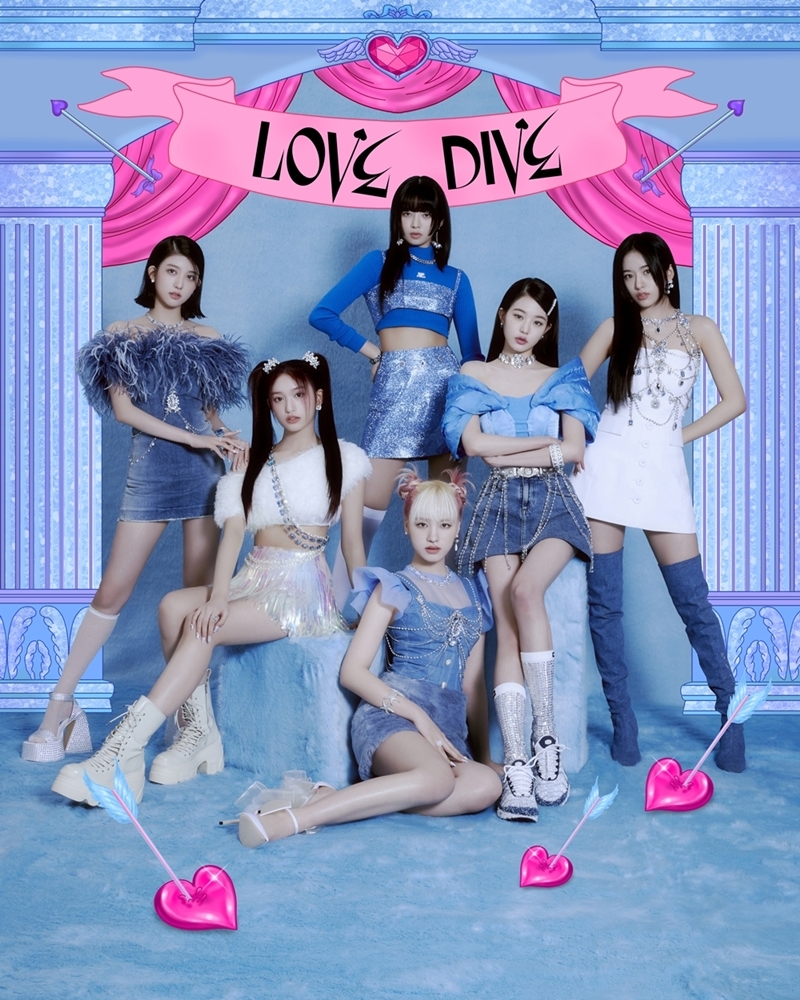 (Starship Entertainment)
Listening to the song, Yujin said the chorus, in particular, would remind people of what it feels to revel in the wind. The leader also expressed hopes that, like the wind, Ive would hopefully be able to infuse some fresh breath of air into the K-pop scene.

Apart from the title song, the single also consists of sidetrack “Royal.” This time, the band’s rappers -- Gaeul and Rei -- took a leap of faith by listing themselves as lyricists for the first time by taking part in writing the rap.

Gaeul said “Royal” is a song with groovy beats and a track that makes people think of a runway stage.

When asked about how the rappers engaged themselves as lyricists, Rei said she always had a desire to participate on a deeper level in the band’s music.

“I’ve always wanted to be a part of Ive’s music, and I was happy that I was able to do it this time. Gaeul and I discussed a lot about the lyrics with our rap teacher, which is why we were able to bring a good outcome. Please look forward to our song,” she added.

Apart from the news that the up-and-coming K-pop act would make a grand return, the band’s concept and theme for its second single were also the talk of the town among fans. The group’s mysterious teaser images showing a tiara, a tie, brooches and the bandmate’s slick hairstyles also triggered people’s curiosity.

Speaking about the overall concept, Wonyoung said it is all about confidence.

At the end of the press conference, Yujin said there is a lot more in store for fans.

“Through our promotion, I hope that we’ll be able to show more of our sides,” she added.

The two-song digital package was released at 6 p.m. on Tuesday.