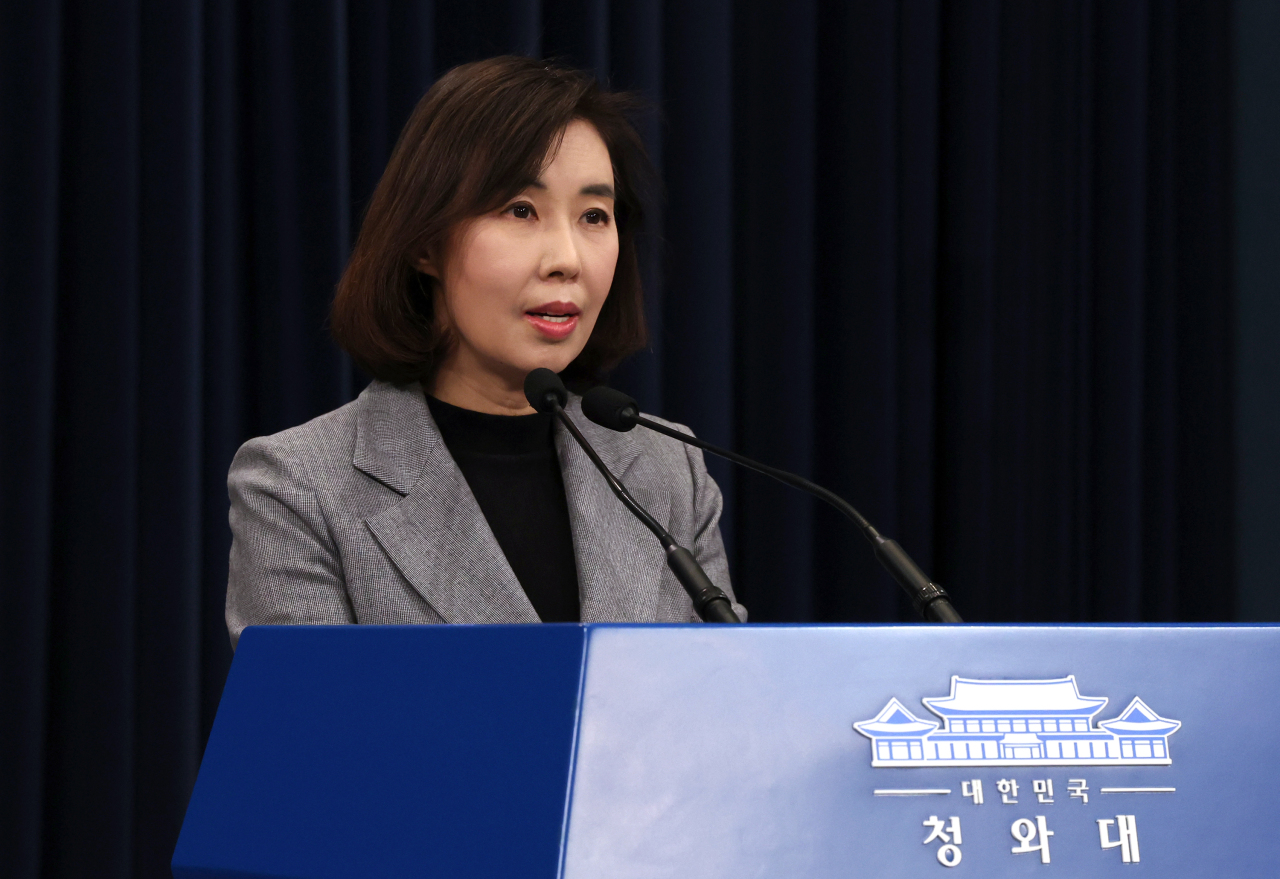 Cheong Wa Dae will hold an extraordinary Cabinet meeting on Wednesday to decide on the funds for the relocation of the presidential office, a top official said Tuesday.

The move would tap into the reserve budget, which is earmarked for unpredicted expenditures, and cost around 36 billion won ($29.7 million). It excludes the funding needed for relocating the Joint Chiefs of Staff offices.

“President Moon Jae-in received a report on the government’s review of the reserve fund for the relocation of the presidential office this morning and ordered it to be handled as early as possible,” said Cheong Wa Dae spokesperson Park Kyung-mi.

“Accordingly, an extraordinary Cabinet meeting will be held tomorrow to deliberate and decide on the reserve funds,” Park said.

The Cabinet meeting will be presided over by Prime Minister Kim Bu-gyeom.

Cheong Wa Dae did not disclose the exact amount of the reserve funds.

Of these, about 36 billion won is expected to be handled first, excluding the budget needed to relocate the Joint Chiefs of Staff, the compound on which the ROK-US joint exercise takes place. An official from the presidential office said it was discussed at Tuesday’s Cabinet meeting to exclude the cost of moving the Joint Chiefs of Staff because it could cause a security vacuum.

Regarding the possibility of introducing additional reserve funds within President Moon Jae-in’s term, the official said, “We will gradually discuss it.”

At a dinner meeting with Yoon on March 28, President Moon said, “I think it is up to the next government to judge the area where the office will be relocated,” adding, “Now the government will closely examine and cooperate with the budget according to the exact relocation plan.”

Since then, there have been working-level meetings between the presidential transition committee and related ministries. On Monday, the government held a meeting of related agencies presided over by the minister of the interior and safety, Jeon Hae-cheol, to review the budget for the office relocation.

The Ministry of the Interior and Safety said after the meeting that a “further practical review and confirmation of the crisis management system related to security is necessary.”

President Moon’s administration initially said it was impossible to relocate the office by Yoon’s inauguration on May 10 due to concerns of a “security vacuum.” However, the government is likely give a partial approval for the reserve fund to avoid stirring conflict between the new and old powers over the relocation.

However, even if the reserve fund is approved, it is unclear whether Yoon will be able to start his term in Yongsan on May 10 considering the unprecedented scale of the move. At the beginning of his tenure, Yoon is expected to use the current Tongui-dong office.