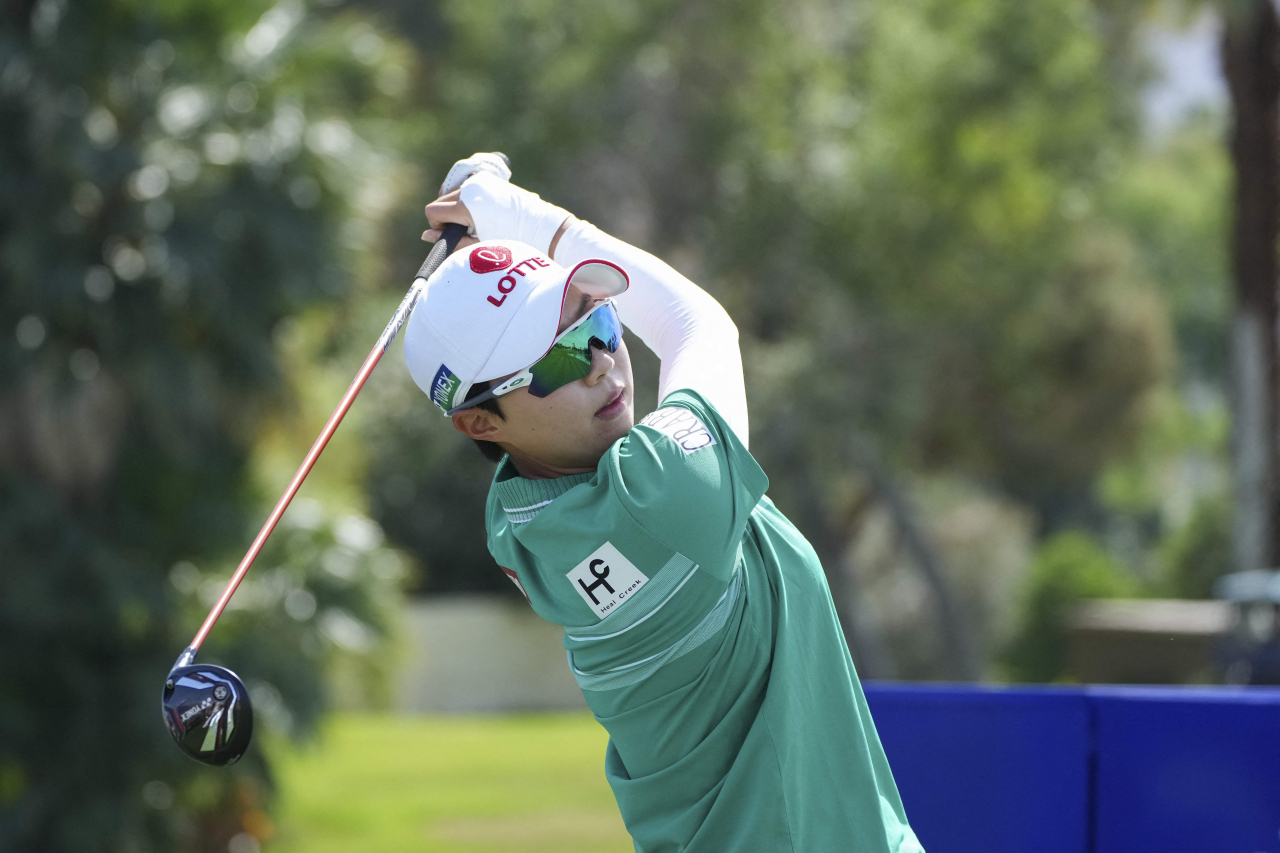 In this Associated Press photo, Kim Hyo-joo of South Korea tees off on the fourth hole during the third round of the Chevron Championship at the Dinah Shore Tournament Course of Mission Hills Country Club in Rancho Mirage, California, on Saturday. (AP)

Jennifer Kupcho of the United States enjoyed a two-shot victory at the Chevron Championship, after shooting 14-under 274 at Mission Hills Country Club's Dinah Shore Tournament Course in Rancho Mirage, California, on Sunday (local time). Kim Hyo-joo was the highest-ranked South Korea, as she tied for eighth place at eight-under 280.

Rookie Choi Hye-jin and 12-time winner Kim Sei-young were next. They tied for 17th at five-under 283.

South Korea produced three of four major champions in 2020, with one competition, the Evian Championship, canceled due to COVID-19 restrictions.

Then in 2021, no South Korean player won any of the five major tournaments, the first time the country was shut out of an LPGA major crown since 2010.

Kupcho's victory extended South Korea's winless skid at LPGA majors to six, the longest since 2011. The South Korean major champion is Kim A-lim, who won the US Women's Open in December 2020. The tournament is typically played in June but was pushed to December that year because of the pandemic.

World No. 1 Ko Jin-young finished a disappointing 53rd at even-par 288. She came into this tournament working on 34 straight under-par rounds, an LPGA record, but it was snapped with the opening round of two-over 74.

This was Ko's first tournament outside the top 10 since the Evian Championship in July 2021, 10 tournaments ago.

The next LPGA major tournament is the US Women's Open in June. (Yonhap)