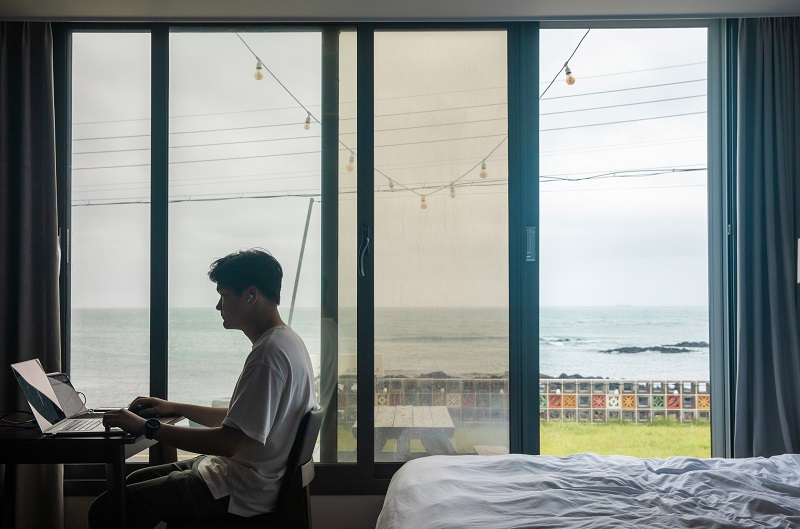 A Line Plus staffer working remotely on Jeju Island. (Line Plus)
Oh Chung-hee, a product designer at Korean fintech startup Toss, was at first reluctant to go on a two-week “workcation,” worrying it was going to be a hassle. But her worries melted away soon after she arrived at the company’s workcation site in the southern coastal region of Namhae, South Gyeongsang Province. Instead of going to work on a jam-packed bus or subway like others in Seoul, Oh started her day by enjoying the vast open scenery and fresh air.

“Changing the working environment made a big change. Although it was a short vacation (because I had to work at the same time), I was able to deeply relax. Walking along a quiet beach was so comforting and refreshing for me,” Oh said.

Oh is among a group of IT workers in Korea who enjoy going on workcation, a burgeoning trend of combining work and vacation -- for example, staying in a seaside resort or mountain-view Airbnb while working remotely full time.

The new workstyle became popular as many -- grown tired of working from home during COVID-19 lockdowns -- turned to seek downtime in a peaceful environment.

Toss officially launched the workcation program this year after the pilot project, which Oh’s team participated in November, turned out to be a big hit among the staff. The company’s workcation site, Namhae Yangah Healing Center, is a two-story building equipped with office space and accommodation.

“(During the pilot workcation program), our team set a record of launching two services in just two weeks. While balancing a full workload, I managed stress really well,” said Ahn Ji-young, a team manager at Toss.

Line Plus Corp., a mobile platform company and affiliate of Naver, allows their IT workers to work from anywhere including Jeju Island or Gangneung, Gangwon Province.

There is no limit to the workcation period, so staffers can work remotely as long as they please, a Line Plus official said, adding that the firm is planning to let them work from overseas as well.

“I fled from the cramped apartment where there was no boundary between my workplace and home and went to Jeju Island with my family. I’m glad to have had a meaningful time with them during the stay,” said a Line Plus developer who wished to be unnamed. 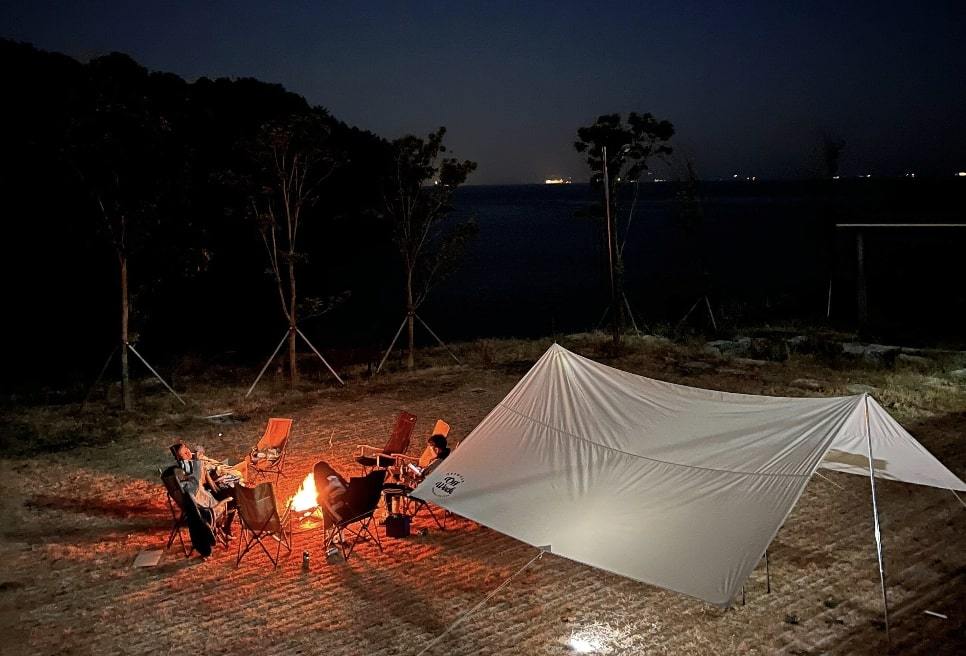 The company plans to expand the program, saying that it will create synergy with the local community and areas that have attracted fewer tourists due to the pandemic.

Despite the benefits, some people still prefer to keep work and play apart rather than mixing up the two.

“I couldn’t really focus on work while staying at Namhae. When I came back (home), I was a little stressed out thinking of delayed work,” said a Toss employee working in user experience who declined to be named.

Another Toss staffer who requested anonymity said he thinks the practice isn’t work-efficient because it was hard to communicate with other team members and carry out a co-project. 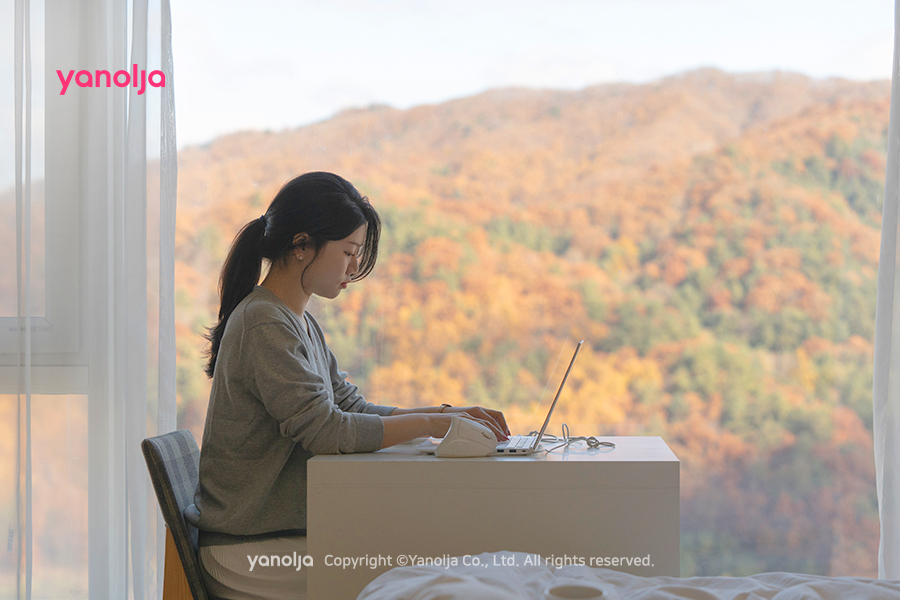 A Yanolja staffer working remotely in Gangwon Province. (Yanolja)
Experts forecast the workcation trend is likely to last well beyond the pandemic.

“Throughout the pandemic, a lot of companies have adopted remote work policies. Many have learned that work-from-anywhere, an advanced form of work-from-home, actually works,” said Lee Jun-young, a consumer studies professor at Sangmyung University.

Lee said, given the benefits of workcation -- increasing productivity and reducing stress at work -- it might become entrenched in industries other than IT.

According to a survey conducted by Hotels.com, half of the workers polled said they wanted to try out going on a workcation, saying it could be helpful to their mental well-being (45 percent) or spurring creative thinking (42 percent). Their preferred workcation destinations included Jeju Island, Busan, Gangneung and Sokcho, Gangwon Province.