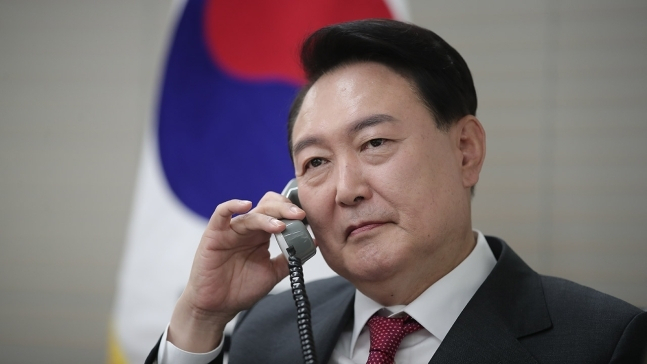 The Gallup Korea survey of 1,001 adults conducted between Tuesday and Thursday also showed that 41 percent do not expect Yoon to do well on state affairs. The survey had a margin of error of plus or minus 3.1 percentage points at a 95 percent confidence level.

Compared with a week ago, positive responses on expectations of Yoon's job performance were unchanged, while negative responses slightly rose by 1 percentage point.

Yoon of the conservative People Power Party was elected in the March 9 election with 48.56 percent of the vote, beating his Democratic Party rival, Lee Jae-myung, by 0.73 percentage point, the smallest margin ever.